Several members of the Hype House were caught attending a party over the weekend hosted by Instagram influencer Kelsey Calemine, known better by her Instagram name FatherKels.

As pointed out by on Twitter by DefNoodles, these stars’ attendance at this party is against the law in their state, because it can be defined as a “gathering”.

For California, “gatherings are defined as meetings or other events that bring together people from different households at the same time in a single space, or place”.

In this current health crisis, California deems gatherings to be too risky because “when people from different households mix, this increases the risk of transmission”.

The current advice, which was issued by the Californian Department of Public Health on 12 September, is that “gatherings unless otherwise specified are not permitted across the state of California”.

This comes after the LA Times suggested that California can expect to see an 89% rise in cases of the illness come October, which caused DefNoodles to quip that we should thank “influencers who are at the front of the […] spreading movement.”

*APPRECIATION POST* California is expecting an 89% in COVID cases in October, so thank you Influencers who are at the front of the pro-COVID spreading movement. You are winning the fight to maximize the spread of COVID, and we regular folks thank you for your service. pic.twitter.com/G96SeZAfq3

However, it wasn’t just DefNoodles who had strong opinions on the subject. Disgruntled fans made their feelings known in a series of online comments directed to the D’Amelio sisters.

One user pointed out that they “PREACH social distancing but [then] go out all the time and go to parties [sic]”, whilst a user on Twitter suggested that “they are just doing it for attention at this point”.

They are just doing it for attention at this point

It isn’t surprising that fans are confused by these stars’ behaviour. After all, back in March, Charli D’Amelio went viral after debuting the ‘distance dance’ challenge on TikTok, with caused her to amass a lot of praise for “using her massive community to do good”.

With a lot of fans getting mixed messages over Charli D’Amelio’s behaviour especially, one Twitter user summed it up as follows: “If she’s gonna preach about social distancing, she should take her own advice, simple as that.”

What makes it worse is that shortly after the party, host Kelsey Calemine posted an Instagram story of her getting tested for illness. Although pictures from the party show a lot of the attendees wearing masks, this does raise the question of whether the illness was spread further during the party. 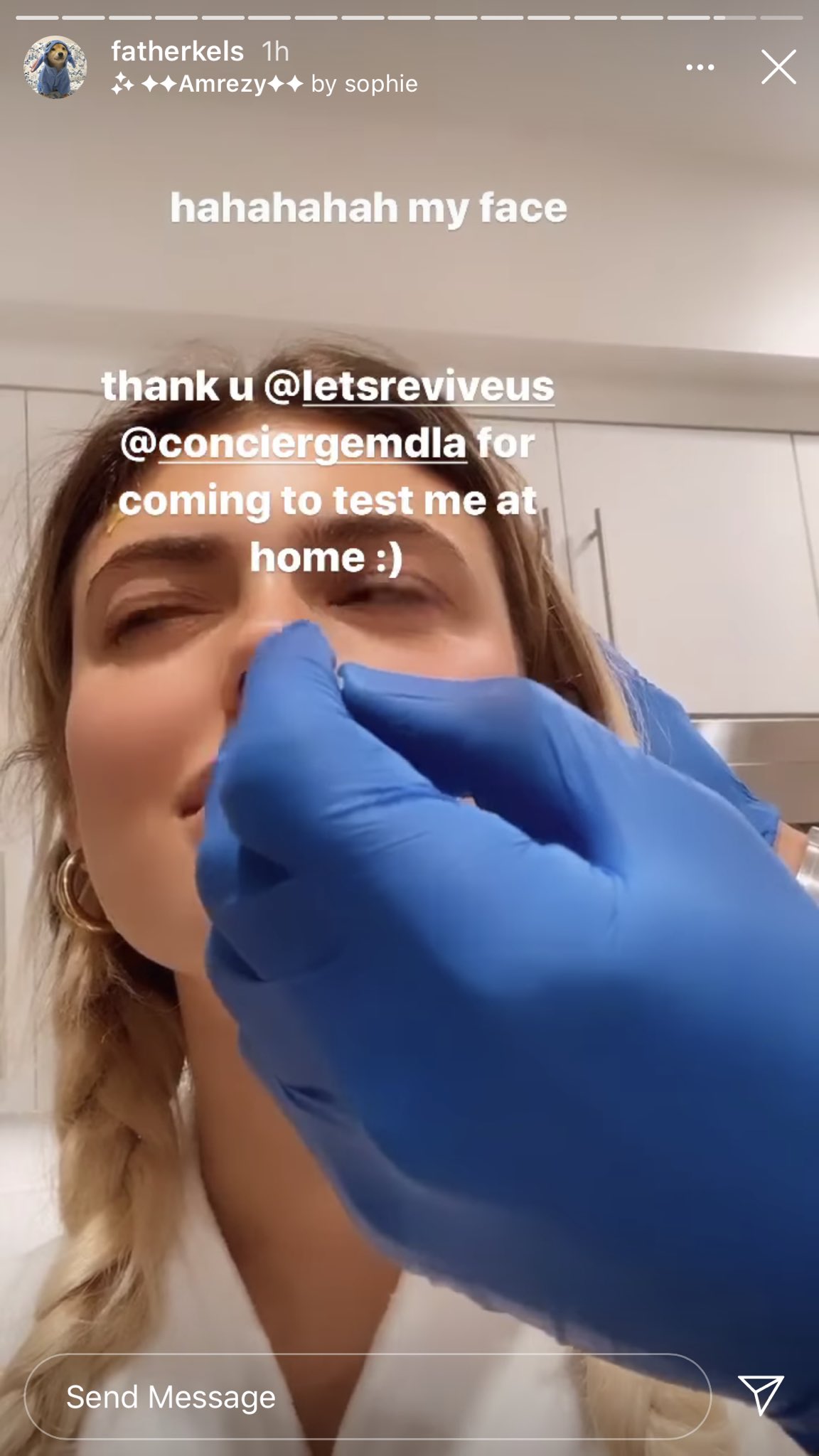 Kelsey Calemine, host of the controversial party, posted a video of her getting tested in the days following the party.

Other high-profile attendees at the party include Sway House member Noah Beck, singer Madison Beer, DJ Chantel Jefferies, NBA player Blake Griffin and model Winnie Harlow. They are yet to respond to this backlash.