Turner Fortnite’s competitive scene, making a showing at the game’s World Cup in late July – but that didn’t stop him from bantering with some of the game’s top personalities.

Tfue uploaded a vlog of his Fortnite World Cup experience on September 6, taking viewers on a behind-the-scenes journey through the massive event – but there was more to his video than just the competition.

In a hilarious segment, Tfue used a bottle of orange juice as a microphone, interviewing fellow players while they waited for their chance to throw down. 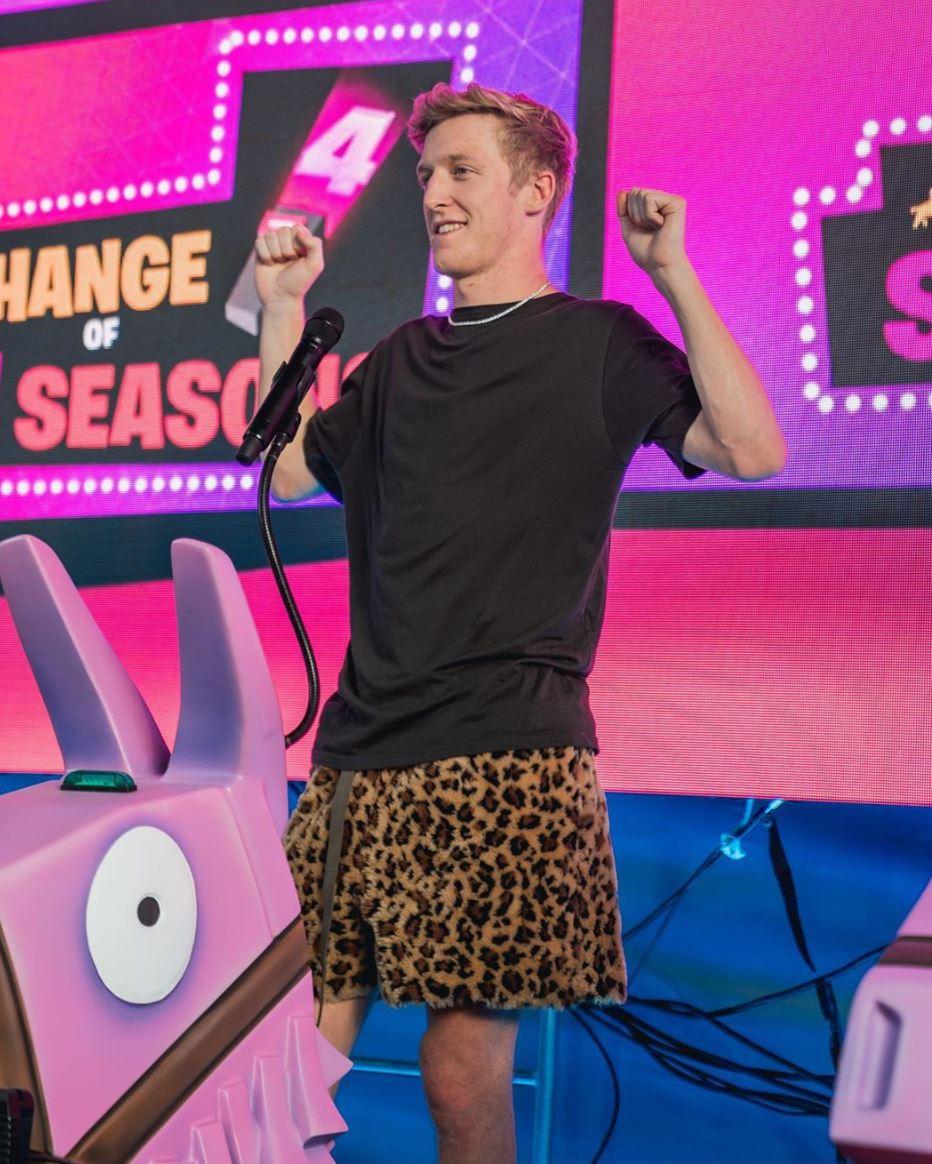 However, Tfue wasn’t just speaking with competitive players, alone: he also interviewed caster and streamer Jack “CouRage” Dunlop – or, rather, a trashcan labeled “waste,” hilariously roasting the commentator in a fake “interview” that left fans rolling.

As fate would have it, CouRage tuned into Tfue’s World Cup vlog during his Twitch stream that same day, inciting an incredulous reaction from the streamer.

“Are you kidding me?” CouRage yelled, giving his desk a solid whack before standing up and out of frame of his camera.

Of course, he took the trolling in good stride, clapping back with his own response in a Tweet shortly thereafter.

“Just watched your new VLOG,” CouRage wrote. “That ‘interview’ segment was heinous, disgusting, and demoralizing. You would NEVER say that shit to me at LAN, kid. You wish you were as jacked, good looking, and famous as me. Next time we see each other…it’s hands on sight. CouRage out.”

You would NEVER say that shit to me at LAN, kid. You wish you were as jacked, good looking, and famous as me. Next time we see each other…it's hands on sight. CouRage out.

Tfue himself had a less verbose response to CouRage’s “rant,” simply writing, “I thought the interview went pretty well tbh.”

Interviews aside, Tfue’s World Cup placement came as a surprise to many, with the Fortnite pro landing in 67th place in spite of his stellar performance at previous LANs – but he claimed that the Cup would be his last competitive event, as he doesn’t “need the money anyway.”

Of course, Tfue still competes in in-game tournaments – and will probably continue to roast people, too.