Cody Ko latest to hit out at YouTube’s copyright system

YouTube’s new copyright policy has angered plenty of creators on the platform, with many claiming there videos are being removed for dubious reasons.

Star YouTuber Cody Ko is the latest to criticise the video platform, releasing a new video that detailed his own struggles with the copyright rules.

“In the past two weeks, two of my videos have been taken down,” started Cody. He explained which video was removed for copyright, which involved footage from a Russian channel making content for children.

“I appealed [the copyright removal], because my use of the content definitely falls under fair use.”

Cody Ko lost the appeal, explaining the YouTube’s appeal process simply asks the copyright holder if they made a mistake.

“It’s a bummer. I like that video, but it’s not worth a strike on my channel so I’m just going to let this one be,” explained Cody. 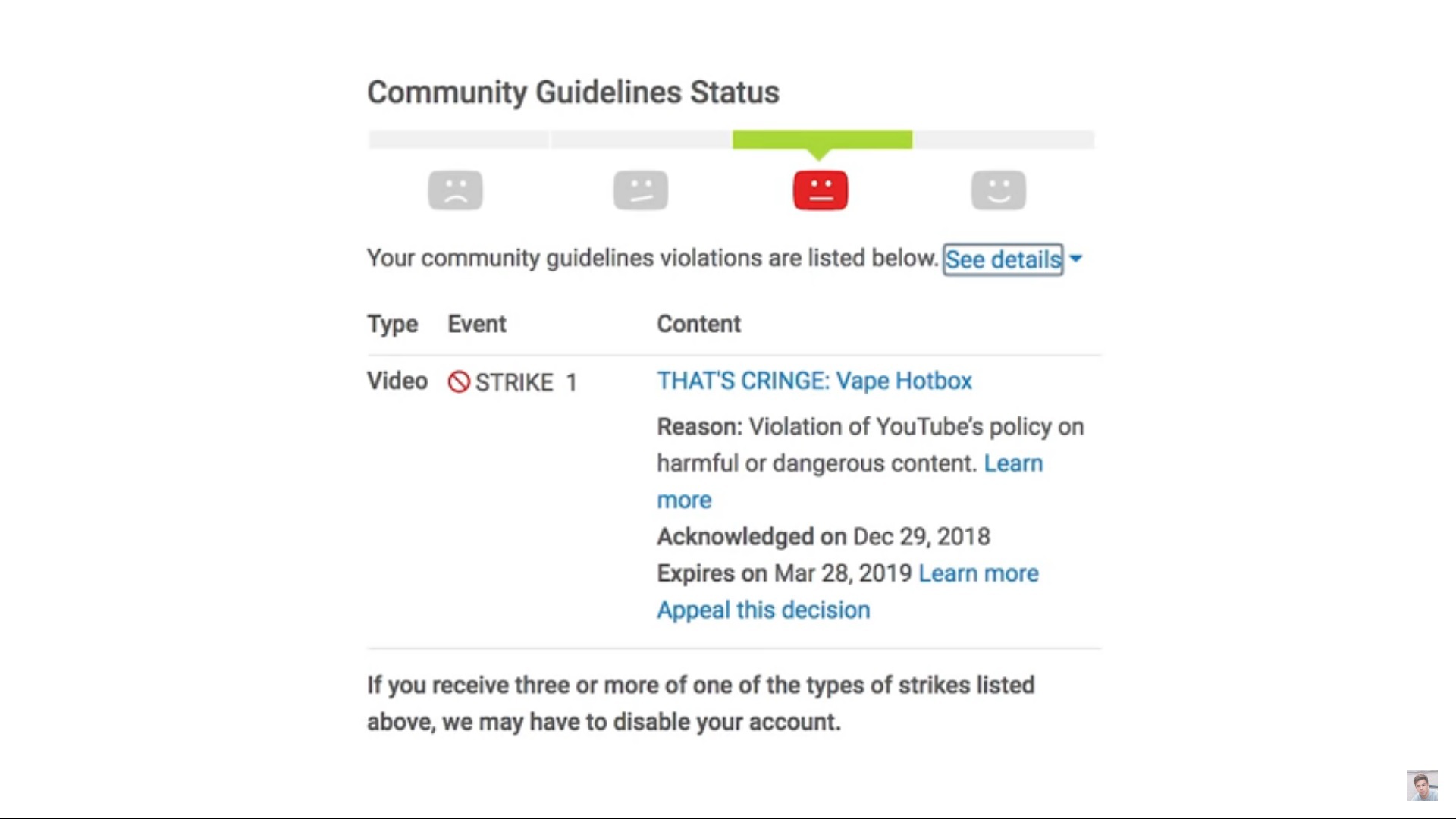 Cody Ko showed off his strike.
800

He also had one of his most popular videos removed for allegedly promoting a dangerous activity with a minor.

The video in question featured minors vaping and YouTube striked Cody Ko’s channel for it.

“This is not anybody in the video’s fault… this is clearly people who watched the video and didn’t understand we were showing vaping in a negative light,” said the YouTuber.

To see Cody Ko’s full thoughts on YouTube’s actions, you can check out the full video below.