The official Twitch channel of Fortnite mistakenly hosted World Cup Solos champion Kyle ‘Bugha’ Giersdorf, even though he wasn’t even playing the popular battle royale at the time.

One thing that Epic Games have done consistently is help promote some of the big-name content creators and professionals who play Fortnite Battle Royale.

That’s why it came as no surprise when the official Twitch channel hosted Bugha, their pride and joy who is also the champion of the Solos tournament at last month’s $30 million World Cup.

What did come as a surprise was the fact that he wasn’t even playing Fortnite when his channel was hosted, as pointed out by Reddit user ‘qwety9000.’

Instead, he was dabbling in some CounterStrike: Global Offensive, so it was quite odd to see Epic Games’ channel hosting someone that wasn’t even playing their game. 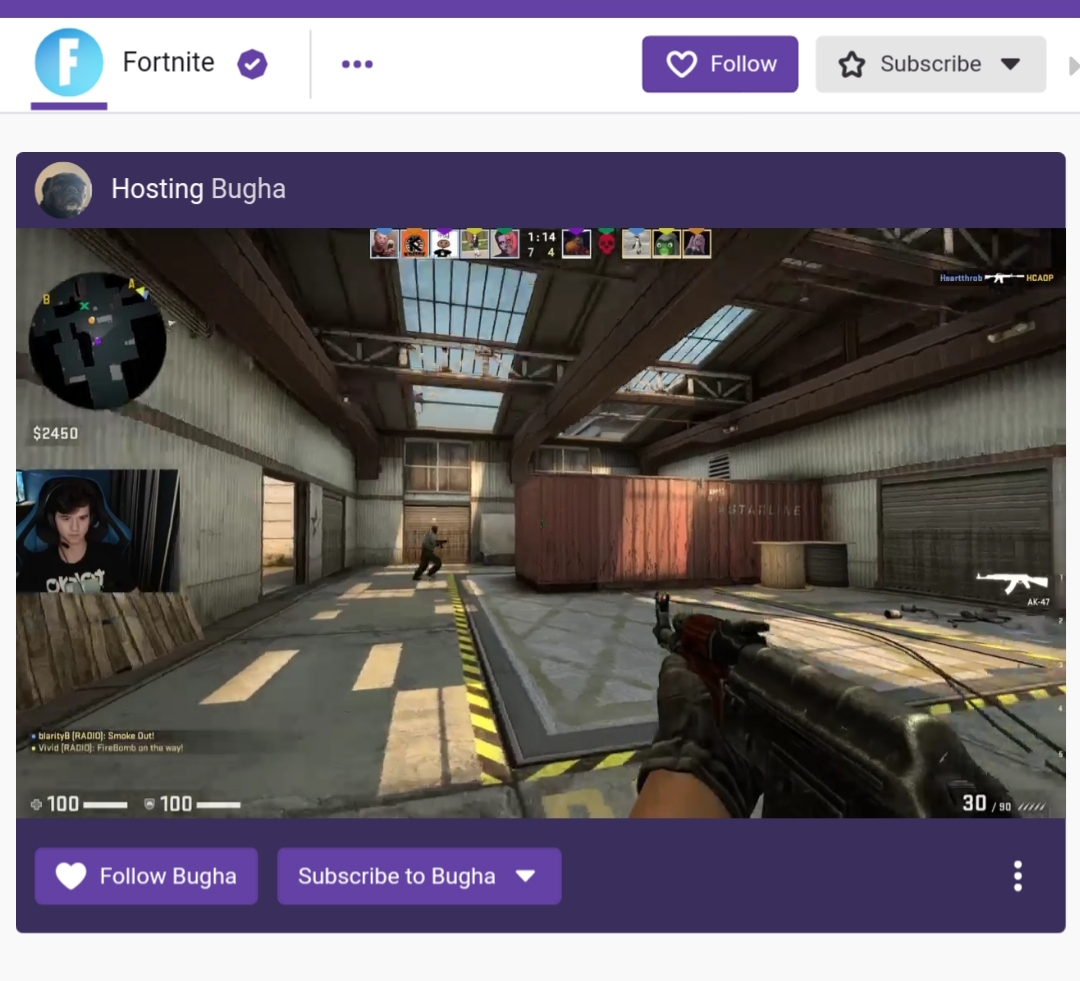 Apparently, Bugha had been playing Fortnite earlier during that very stream, but had gotten tired of practicing in scrim matches and decided to turn to CS:GO to get a change of pace.

However, with his channel having gotten so massive since he won the World Cup, Epic had him on a timed auto-host, meaning that the Fortnite channel would start hosting his page starting from a specific time that day.

Unfortunately, his switch to CS:GO ended up coinciding with the auto-host, creating a pretty awkward situation for Epic, seeing as how their 2.3+ million followers could all see them hosting a CS:GO stream with 17,500+ viewers.

This is obviously a pretty glaring and embarrassing error on the part of Epic, since the last thing they probably want to do is promote a game that’s not one of their own.

However, considering all of the hot water they’ve been in recently with their own player-base, this is probably going to go by relatively unnoticed, with many players still fuming at the developers for keeping the controversial BRUTE Mech suits in the game.