Blind WoW streamer shows how he communicates with Twitch chat

World of Warcraft streamer ‘BlindlyPlayingGames’ showed off how he interacts with his Twitch chat during broadcasts, and surprised everyone.

Arguably, the most important sense to have while playing games is sight. While some games have auditory cues, you need to be able to see the action in front of you to react with it. When you are completely blind, it becomes harder to enjoy your favorite pastime.

However, people always find a way to adapt to keep falling in love with gaming. James, known as ‘BlindlyPlayingGames’, has shared his journey after going blind with his fanbase on Twitch, including details of how he plays and interacts with his chat. 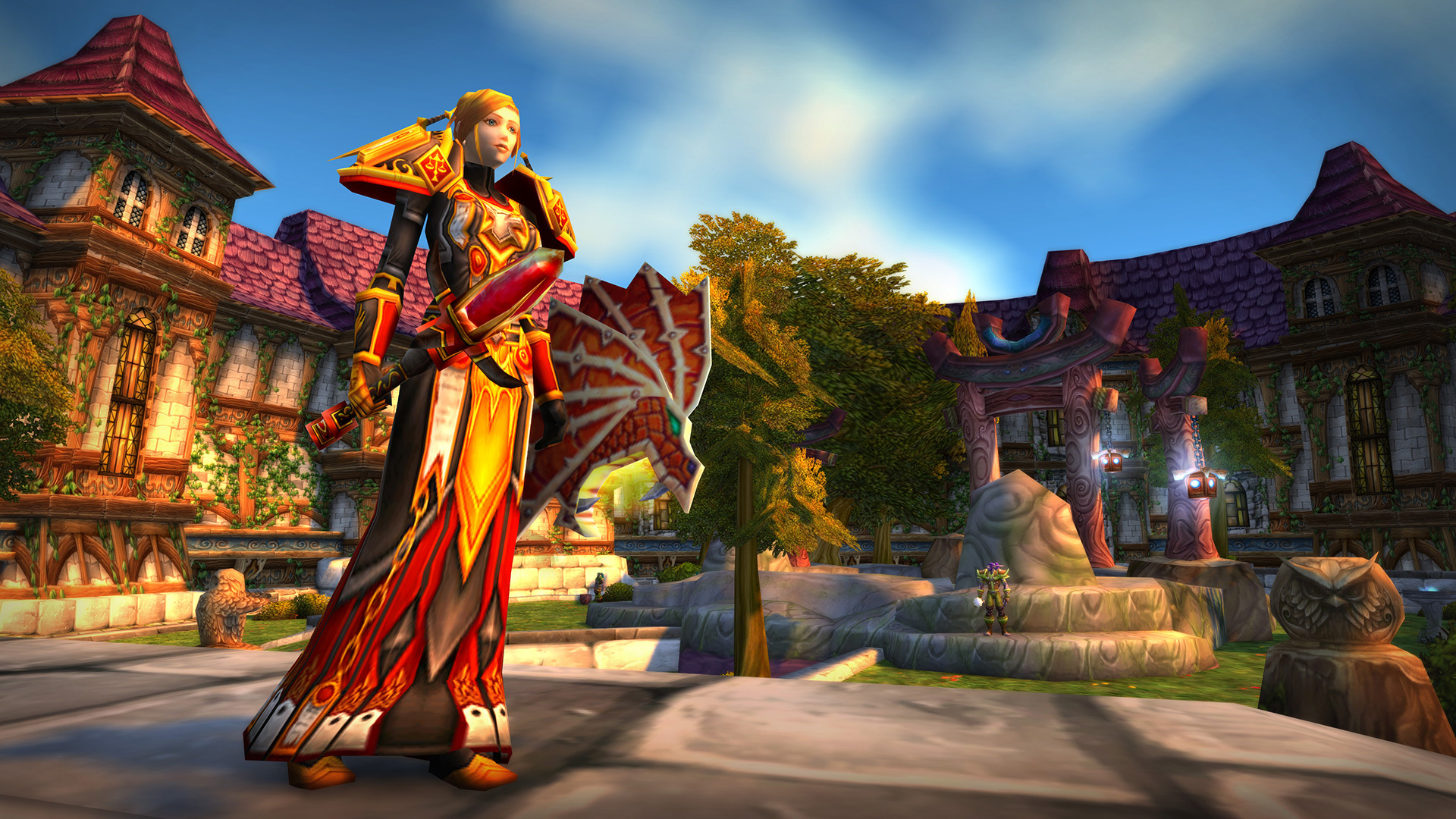 World of Warcraft has dominated Twitch since the release of Classic.
[ad name=”article2″]

While streaming on August 25, BlindlyPlayingGames showcased how he reads Twitch chat at lightning-fast listening speed. “I think somebody asked how I can hear the TTS so fast,” he said, proceeding to unplug his earphones.

This provoked a reaction from people on call with him at the time, who were shocked at the speed of the text-to-speech.

BlindlyPlayingGames also has a bio on his Twitch page about his condition, including a section about being able to hear chat.

“The chat is being read by a screen reader (TTS) on a separate laptop, and I have earbuds, which are under my headphones, connected to the separate laptop to hear the chat,” he stated. “Screen readers are how completely blind people interact with computers in general.” 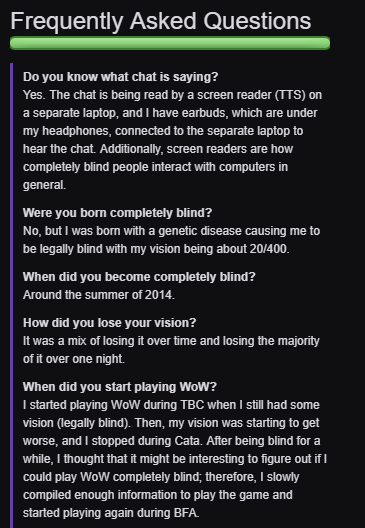 BlindlyPlayingGames’ bio on Twitch tells his story about getting back into gaming.
600[ad name=”article4″]

He had a predisposed genetic disease, which caused his vision to deteriorate over time. He played WoW before losing all of his vision in 2014, and was interested in figuring out how to play the game completely blind.

The streamer posted a fully-fledged guide to playing WoW blind on Reddit with all of his macros and commands.

He manages to get by, and seemingly enjoys his time playing World of Warcraft. With Classic now live, one can only hope BlindlyPlayingGames can enjoy the game just how it used to be when he started.