YouTube star David Dobrik has been listed as favorite to date Tana Mongeau next following her split from Jake Paul, according to some rather bizarre betting odds.

Betting odds are usually released by bookmakers for people to put their money on a side ahead of different sporting events such as boxing or football matches.

However, in certain cases, bookmakers will often release odds for more trivial and unlikely scenarios that have yet to be confirmed and are usually focused around a public figure. 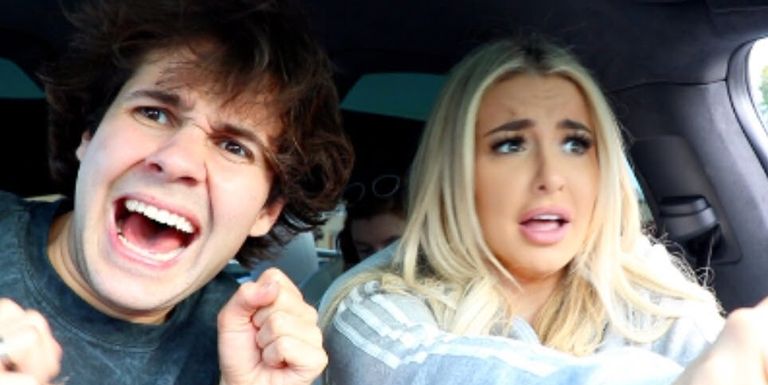 There are certain non-sporting events that cause speculation, such as the name of a new royal baby, as was seen with Prince Harry and Meghan Markle’s child last year, that people will sometimes look to gamble on.

However, surprisingly one of the online bookmakers, MyBookie, released betting odds for fans to guess who Tana Mongeau would date next after splitting up from Jake Paul and the list features some recognizable names.

Among the list are some of her fellow YouTubers including MrBeast, KSI, and FouseyTube, however, after Tana made recent appearances on his channel, David Dobrik seems to be a firm favorite so far at -300.

There were also some more unusual names such as Jake’s upcoming boxing opponent, AnEsonGib, and brother, Logan Paul, who can also be found fairly high on the list of “suitors” for Tana, to many fans’ surprise.

Many suspect that the reason Dobrik is ahead of many of the other creators on the list is based on Tana’s recent tweets about hanging out with the popular YouTube star.

For his latest upload on January 11, Tana explained that she had been filmed a bit for her fellow YouTuber’s vlog during the week before seemingly being replaced by pop star Justin Bieber.

However, it seems unlikely that any of these bets will come in after the popular pair addressed the dating rumors between them on January 8.

Although many social media influencers often tend to date within their niche, it is worth noting that the prop wager above is only applicable if her next relationship is with one of the six popular content creators who are listed.