Instagram star Belle Delphine made global headlines this week after selling her bath water to fans for $30 a container, and many have been trying to get in on the action, with one YouTuber even claiming to ‘vape’ the infamous “Gamer Girl Bath Water”.

But, not all the attention has been positive. On Twitter, an account impersonating the Daily Mail by using the publication’s name and picture tweeted out a photo of a fake news story with the headline “Over 50 People Have Reportedly Contracted Herpes After Drinking Instagram Star, Belle Delphine’s Bath Water”.

While the account @BakeRises has since changed its name and picture from Daily Mail, the fake article about Delphine’s bath water has been retweeted over 17,000 times. Fact-check website Snopes screen grabbed the post when the account was still using the Daily Mail branding. 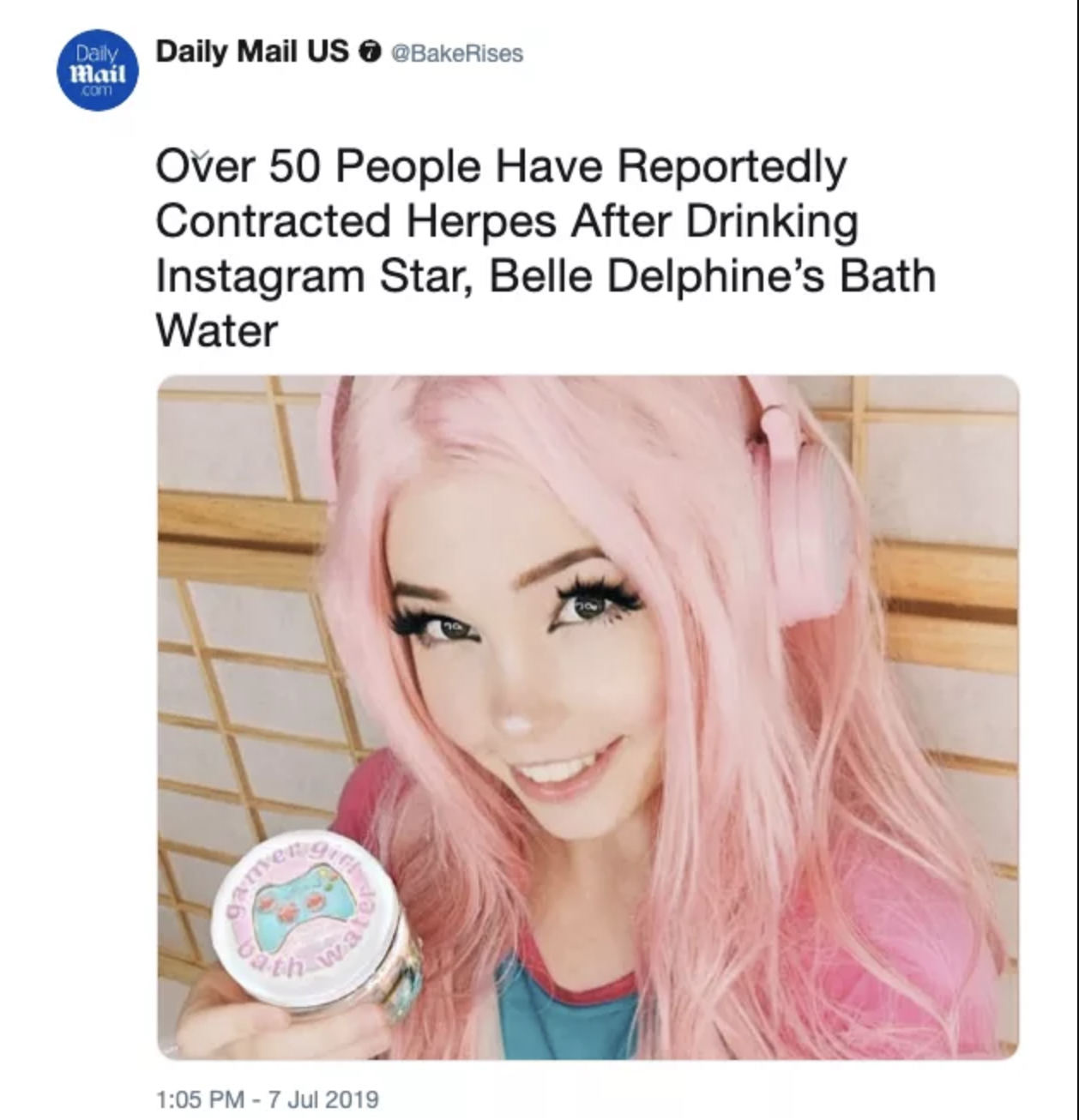 The account owner responded to the fake tweet a day later, saying, “It seems the best way to grow on twitter is to impersonate a company and say things about a celebrity that legally can be considered libel and I could potentially be sued for.”

Unfortunately, many people fell for the hoax, including one user who commented on a recent photo of Delphine, writing, “50 people got herpes from your bathwater my guy.”

“You’re a (clown emoji) if you believed that ;D,” the Instagram star replied. 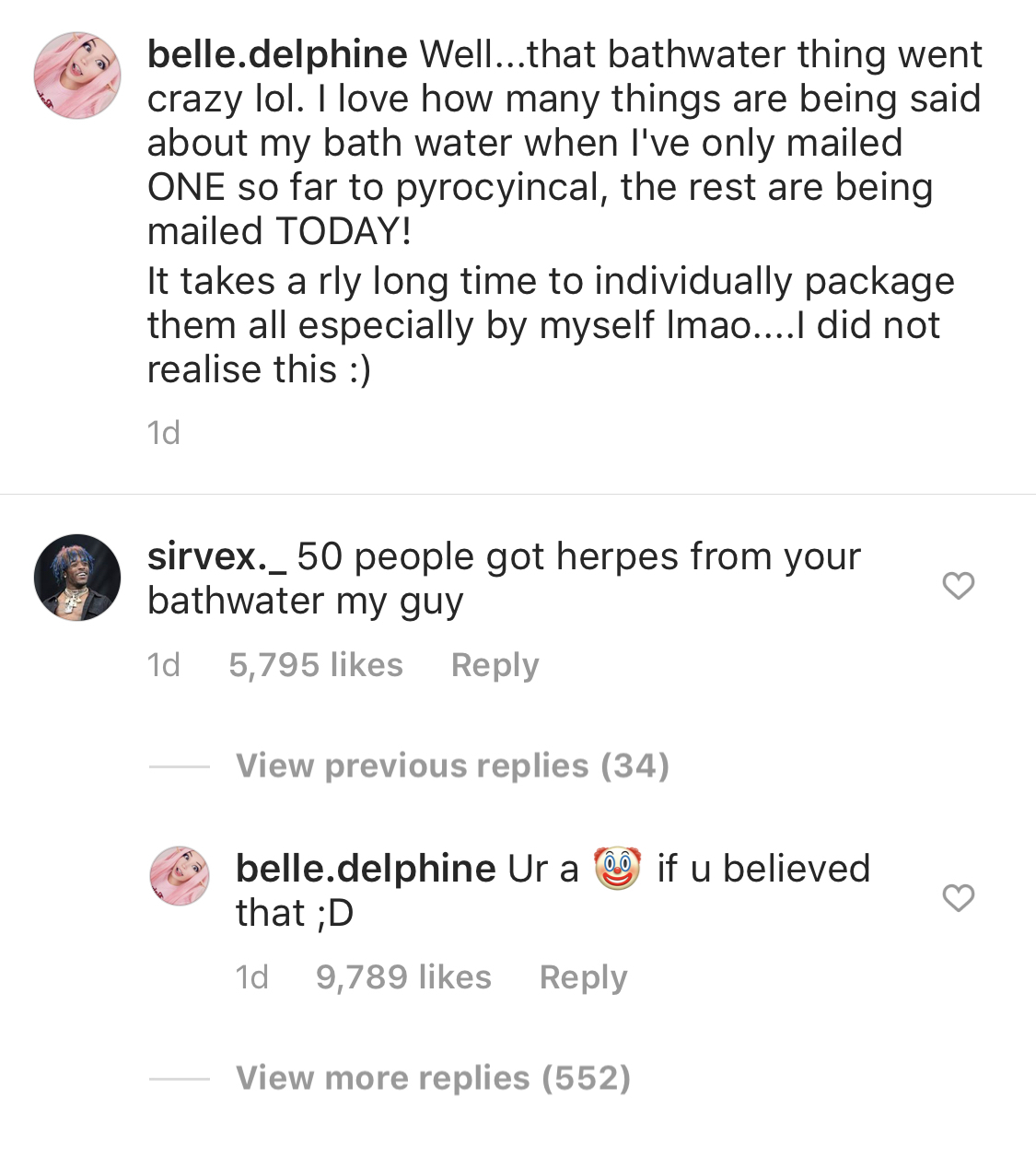 This wasn’t the only user to seemingly unknowingly spread the hoax either. Numerous comments on Delphine’s Instagram mention herpes in some capacity.

One streamer has now even drank the liquid, explaining it was for the “meme-worthy experience”.

Delphine did include a disclaimer on the packaging and website that the product was not for consumption, but rather for “sentimental purposes”.