An aspiring Fortnite professional by the name of Bradyz has tearfully thanked Timothy ‘TimTheTatman’ Bethar for his help, after the two were pictured together at the Fortnite World Cup in New York.

Away from being one of Twitch’s most successful Fortnite creators – with just shy of 4,000,000 followers – TimTheTatman is also considered one of the nicest guys on the streaming platform too.

He was one of the first streamers to host Ewok, who has since joined FaZe Clan as their first female member ever. Not only this, but he regularly hosts charity streams alongside his good friends, Benjamin ‘Dr Lupo’ Lupo and Tyler ‘Ninja’ Blevins. 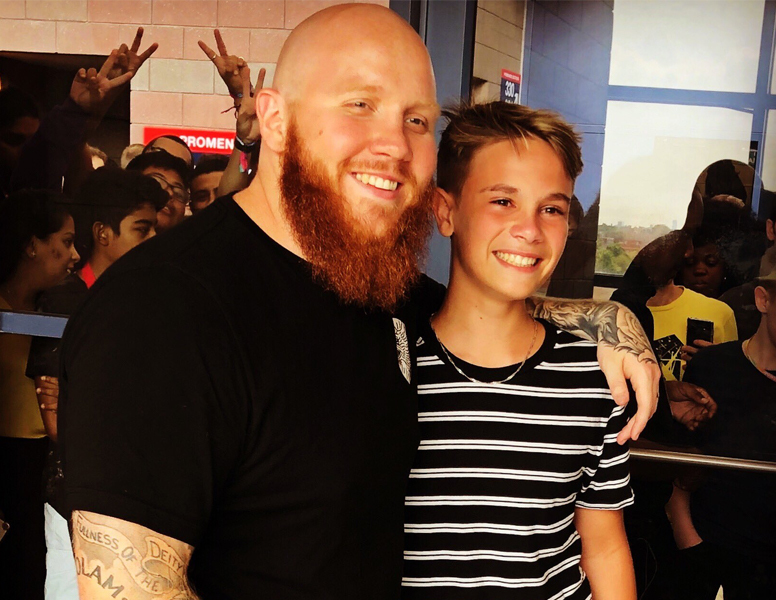 Tim tweeted his own picture with Bradyz, jokingly looking for a free PC for him.
600[ad name=”article2″]

However, it appears he has, once again, been using his fame and influence for good, as one young Fortnite player showed. On July 27, 14 year old streamer Bradyz tweeted his appreciation for the 29 year old’s work.

“The man that started it all,” he said. “Crazy to think that this all happened off a random duo match, and now I’m looking at what I want to do for the rest of my life. Love Tim, love the opportunities I have been given, and above all, everyone supporting.”

the man that started it all. crazy to think that this all happened off a random duo match, and now i'm looking at what i want to do for the rest of my life. love tim, love the oppurtunities i have been given, and above all, everyone supporting:black_heart: @timthetatman @JessicaBlevins pic.twitter.com/ZgBHbvSl65

However, it appears that Bradyz is not only grateful to Tim. He also tagged Jessica Blevins, wife and manager of Ninja, in the tweet as well. She responded emotionally to Bradyz original message of thanks.

“If you watched this you would MINIMALLY have the reaction I did,” she said, referring to the pictures of Bradyz becoming emotional when meeting Tim at the World Cup.

If you watched this you would MINIMALLY have the reaction I did. :sob: https://t.co/4E2ZWdxffS

Thanks to the help of more prominent community members, one random duo partnership with TimTheTatman has seen Bradyz shoot to nearly 15,000 Twitter followers, as well as 38,000 Twitch followers.

Given his clear passion for the community and Fortnite, we can expect to see more of Bradyz as he continues to grow. TimTheTatman, on the other hand, appears to be endeavoring to use his influence for good in the community.