As video games and Twitch continue to create pairings the likes of which we’ve never seen before, it looks as though Donkey Kong 64 has given us the unlikeliest pair of all.

A streamer on Twitch by the name of Harry ‘H.bomberguy’ Brewis was holding a charity stream to raise money for trans rights when none other than U.S. Congresswoman Alexandria Ocasio-Cortez showed up to show her support.

While it’s certainly not every day we see major political figures show up in Twitch streams, this is just one more example of the way Ocasio-Cortez has managed to reach out a new demographic. 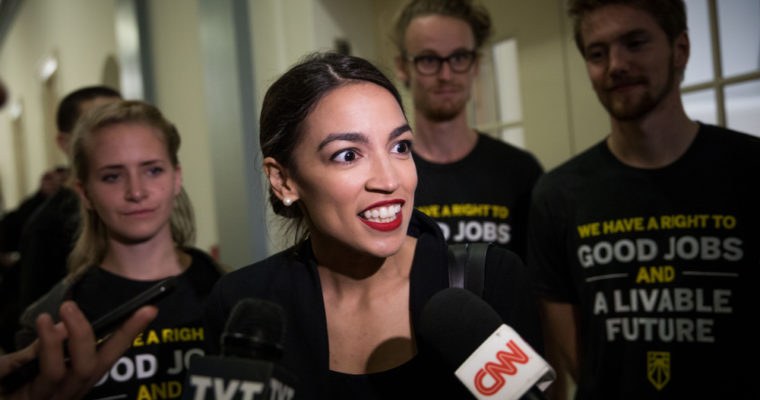 At just 29-years-old, Ocasio-Cortez is the youngest woman to ever serve in Congress, and as such, she’s been doing things outside the box her entire political career.

Even despite all of that, though, stepping foot into a Twitch stream is still one of the most unique things we’ve seen her do.

It all started when she posted a lengthy Twitter thread criticizing remarks made by Aaron Sorkin, creator of the popular series The West Wing, in which he said that “the new crop of young people” elected to Congress “need to stop acting like young people.” Further, he claimed that “the transgender bathrooms” was just “a Republican talking point.”

If you’d like to use this as a good moment to support the queer community, there’s a charity twitch stream going on for @Mermaids_Gender: https://t.co/vCvvqRhAwb

At this point, many users on Twitter urged her to appear on the stream and she eventually obliged, giving us what could be the best moment of 2019 thus far.

As Ocasio-Cortez introduced herself on stream, H.bomberguy simply looked awestruck as he couldn’t believe what was transpiring on his stream.

Once they started chatting about the purpose of the stream, Ocasio-Cortez gave her opinion on the matter, saying “Trans rights are civil rights are human rights.”

She didn’t stop there, however, going on to give her definitive stance on what console is the best of all time.

“I never owned an N64, though I do think it’s probably the best system out of all of them,” Ocasio-Cortez

By the end of the stream, H.bomberguy ended up raising over $300,000 for Mermaids, a UK-based foundation focused on supporting trans families.

2019 may not even be a month old yet, but with Congresswomen showing up on Twitch, who knows what the rest of the year will have in store.