The Halloween season has inspired many streamers, cosplayers, gamers, and more to don costumes ranging from hilarious homages to downright disturbing renditions of iconic characters.

One of the best things about All Hallow’s Eve is seeing familiar faces transform into their favorite characters from pop culture, video games, literature — or another being from the darkest corners of their imaginations.

It gets even better when some streamers and personalities from around the net decide to go all out on their Halloween costumes, which only goes to show that it’s always a good idea to rep your favorite character – if only for a night. 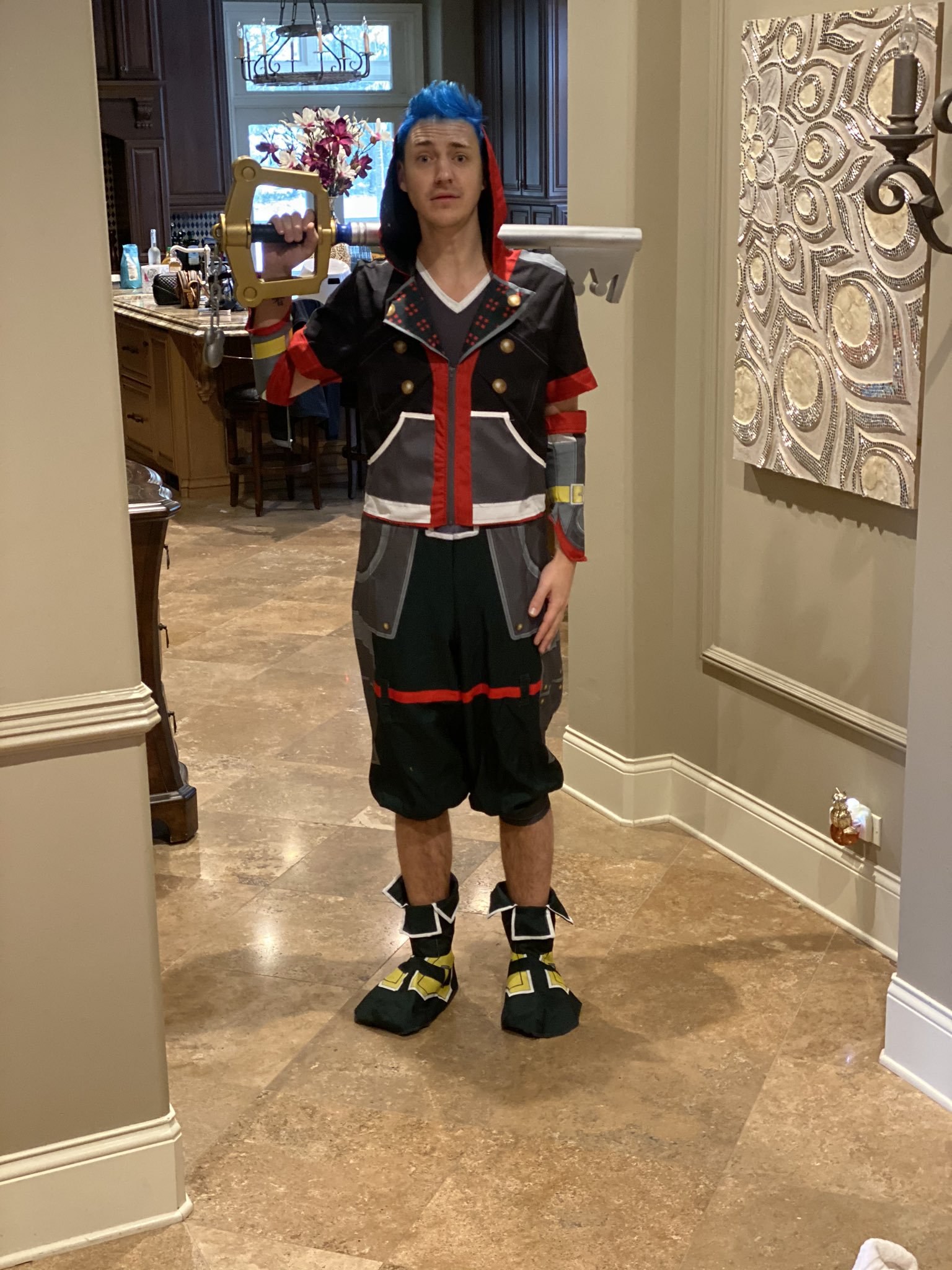 The Mixer star dressed up as the famous character from the Kingdom Hearts series.

The most popular gamer in the world definitely wasn’t about to let his fans down, as Tyler ‘Ninja’ Blevins dressed up as Sora from the Kingdom Hearts series.

Equipped with the iconic Keyblade from the video games, the Mixer star is “defeating the darkness today as Sora” – though he might need to put on a braver face! 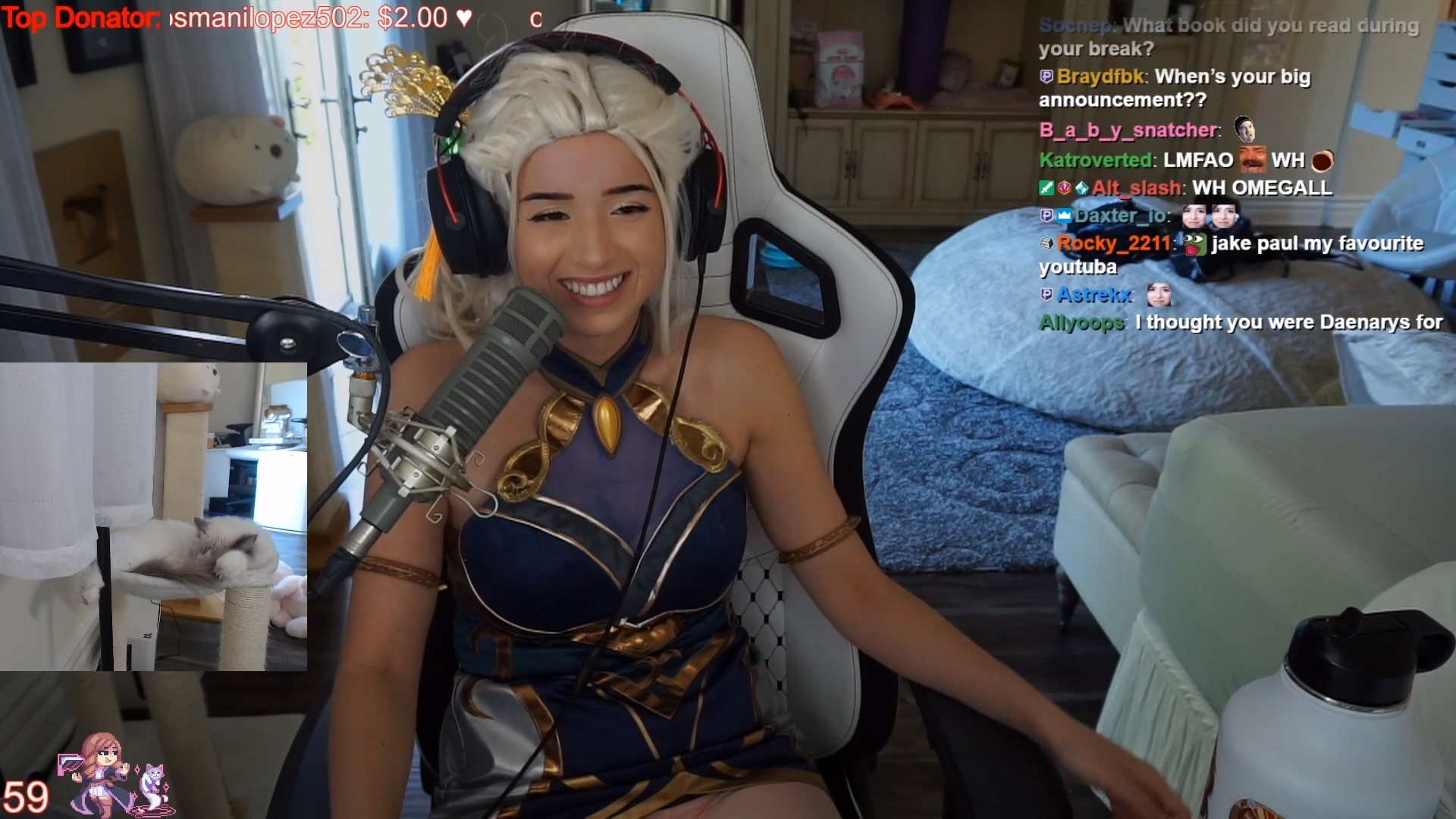 The Twitch starlet’s costume was spot on in representing the League of Legends champion.

Pokimane stunned her Twitch Chat when she turned on her October 31 stream as fan-favorite League of Legends characters, Lux.

Even more so, she dressed as the Lunar Empress variant for the mage complete with a Daenerys wig because, honestly, it goes really well with the outfit. 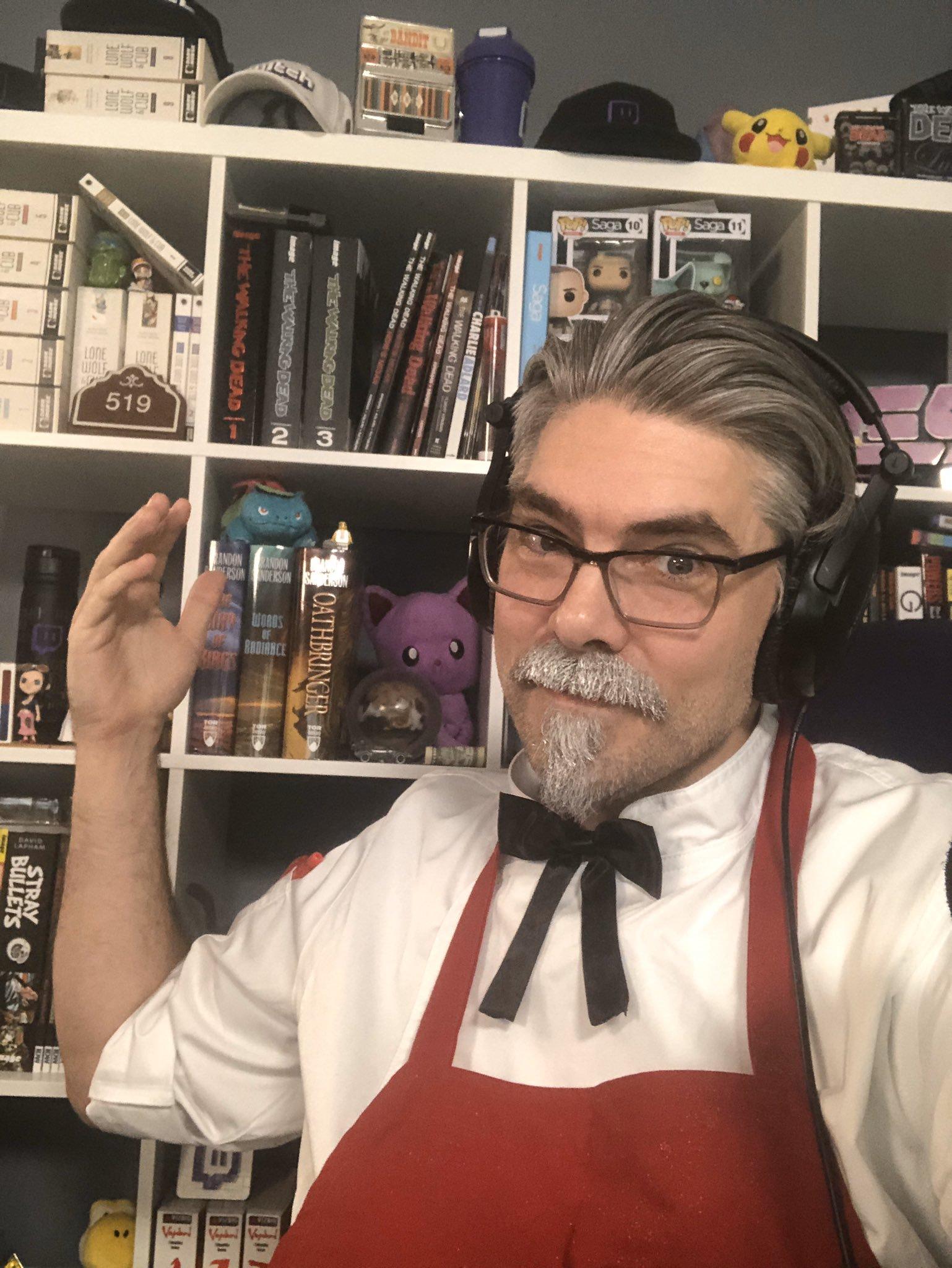 The Director of Creator Development at Twitch took on strange inspiration for his costume, dressing up as the star of the hit dating sim “I Love You, Colonel Sanders! A Finger Lickin’ Good Dating Simulator.”

The costume rightfully got a lot of fanfare from audiences, and the Twitch exec even went to his local KFC to be at home with his costume. 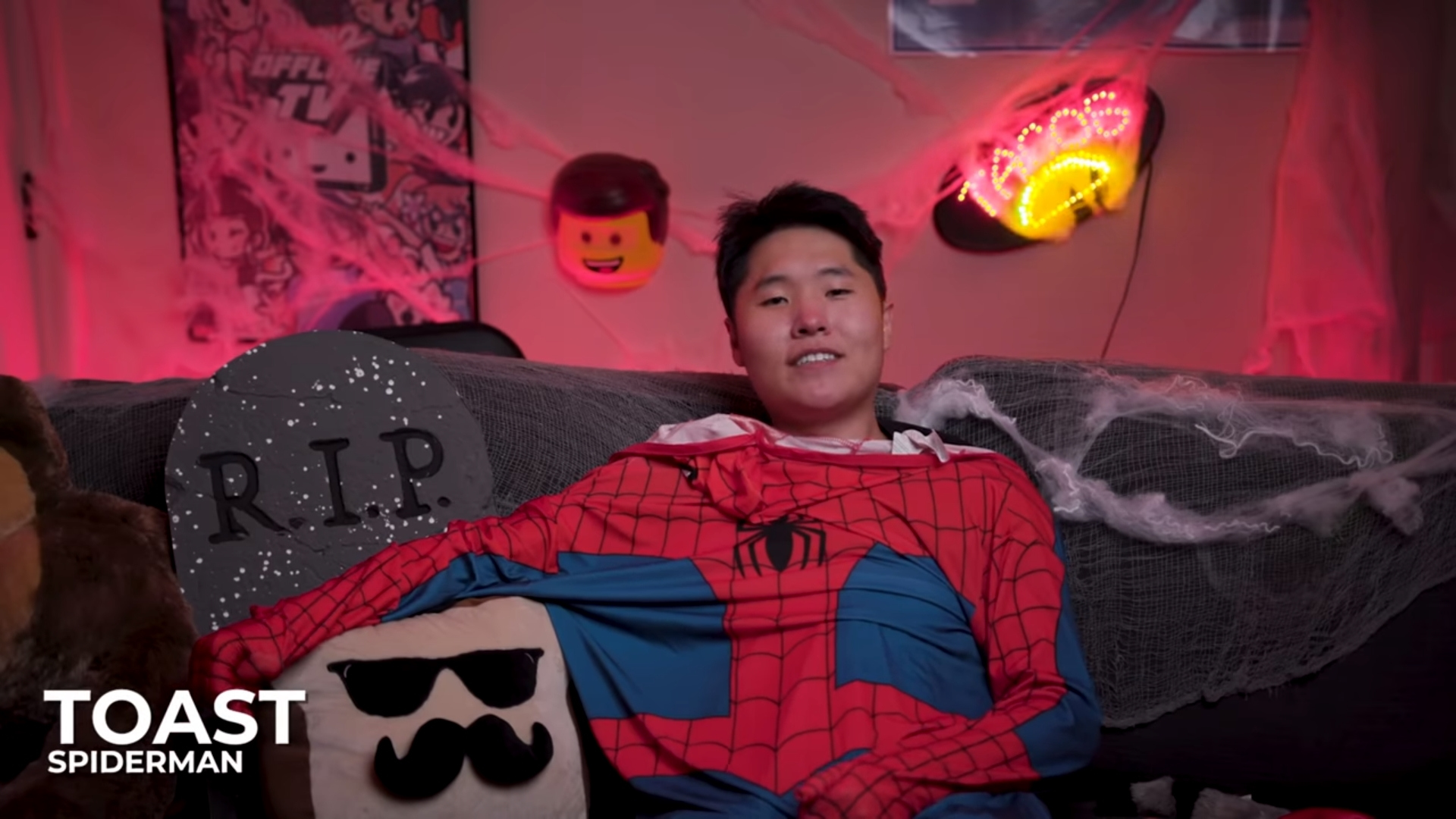 Disguised Toast is the best web-head

The Offline TV member wore a lax costume of the Amazing Spider-Man during the gang’s Halloween edition of Mafia.

Although, he may have worn that as a strat for the Mafia game, seeing as it made it extremely difficult for his friends to read him during the intense investigation portions of the match.

And the award for Most Creepy Creative costume goes to LilyPichu.

Sticking with the Offline crew, LilyPichu had one of the most creative crossover outfits when she dressed up as the adorably terrifying Mimikyu with an It mask.

It’s unknown what the 778th Pokémon looks like under its rag, but if it’s anything like Lily’s costume, it’s better not to get too nosy. 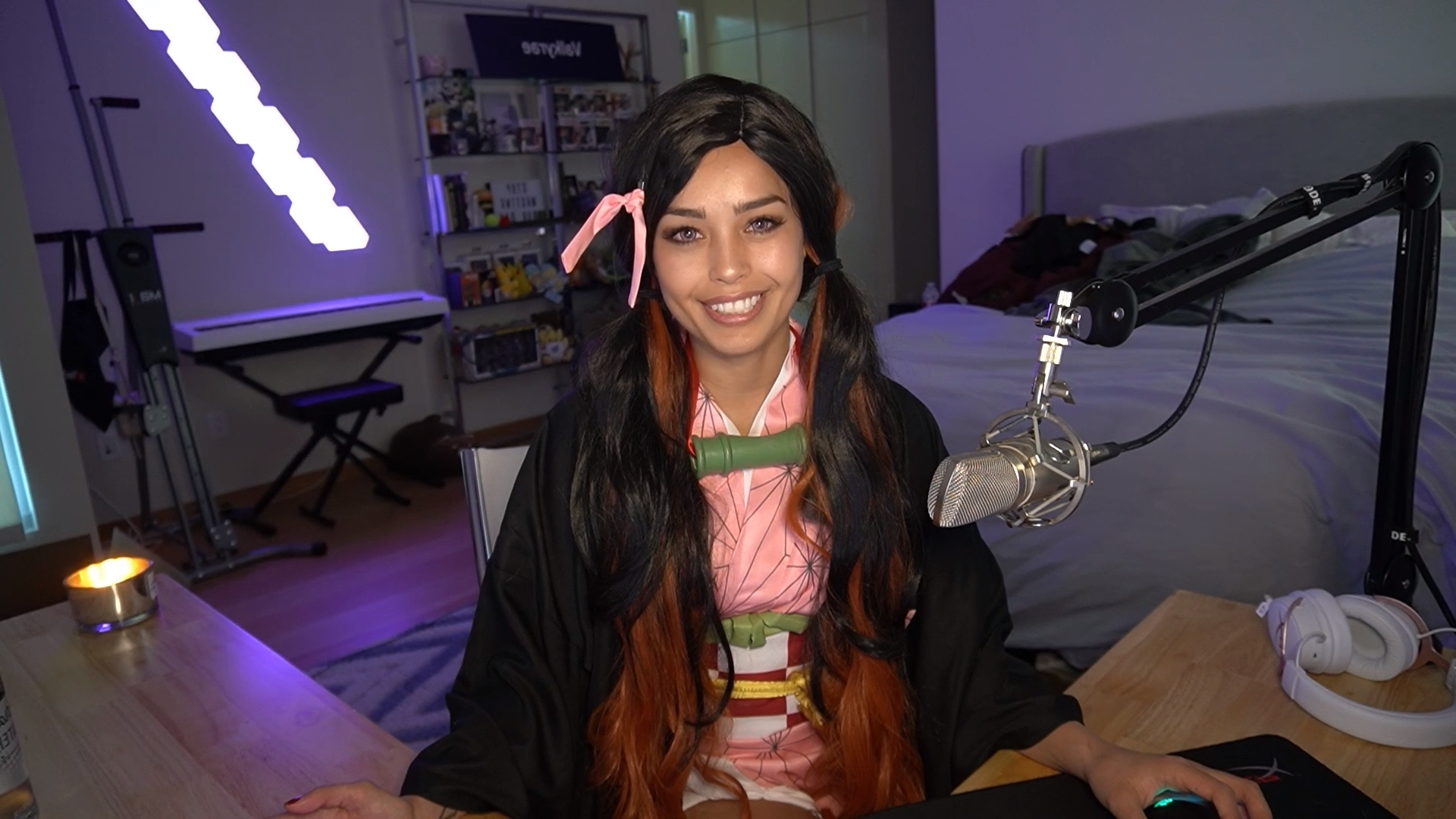 Valkyrae took on Nezuko from Demon Slayer in this amazing costume.

Valkyrae is the best demon

Twitch star Valkyrae turned on her stream to show off her incredible Nezuko costume from the mega-popular manga-turned-anime Demon Slayer: Kimetsu no Yaiba.

Although she couldn’t properly wear the bamboo neckwear since someone had to talk to her stream throughout her Halloween broadcast. 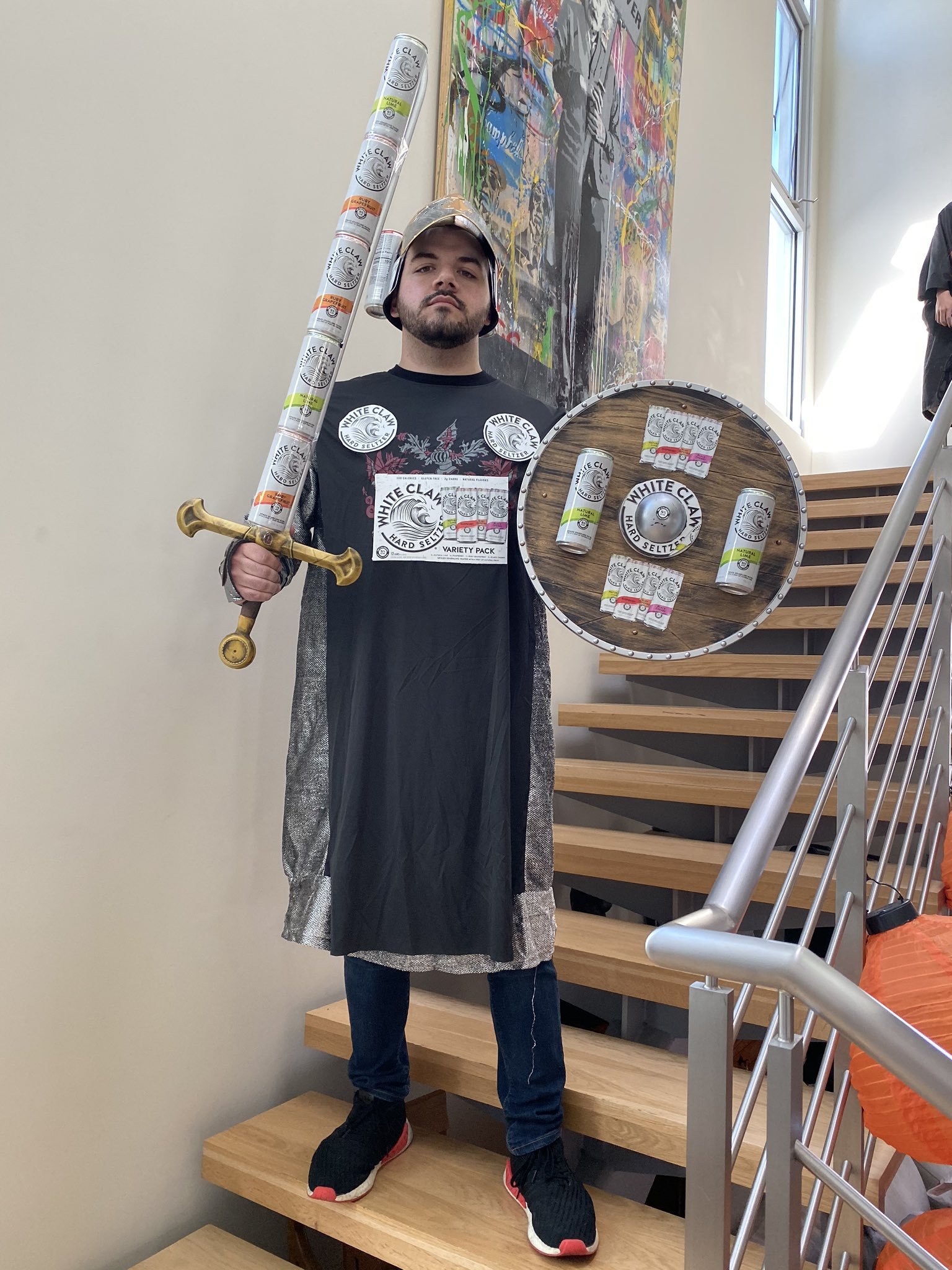 Fear the greatest White Knight in all of 100 Thieves!

CouRage is the king of White Knights

Debuting his outfit for Halloween, CouRage was a staunch advocate for the White Claw Hard Seltzer beverage, but it wasn’t a total sellout!

The 100 Thieves content creator fashioned a ton of cans all around his costume’s helmet, shield and sword to take his rightful place as “King of the Claws, Protector of the Thieves, [he is] the White Knight.” 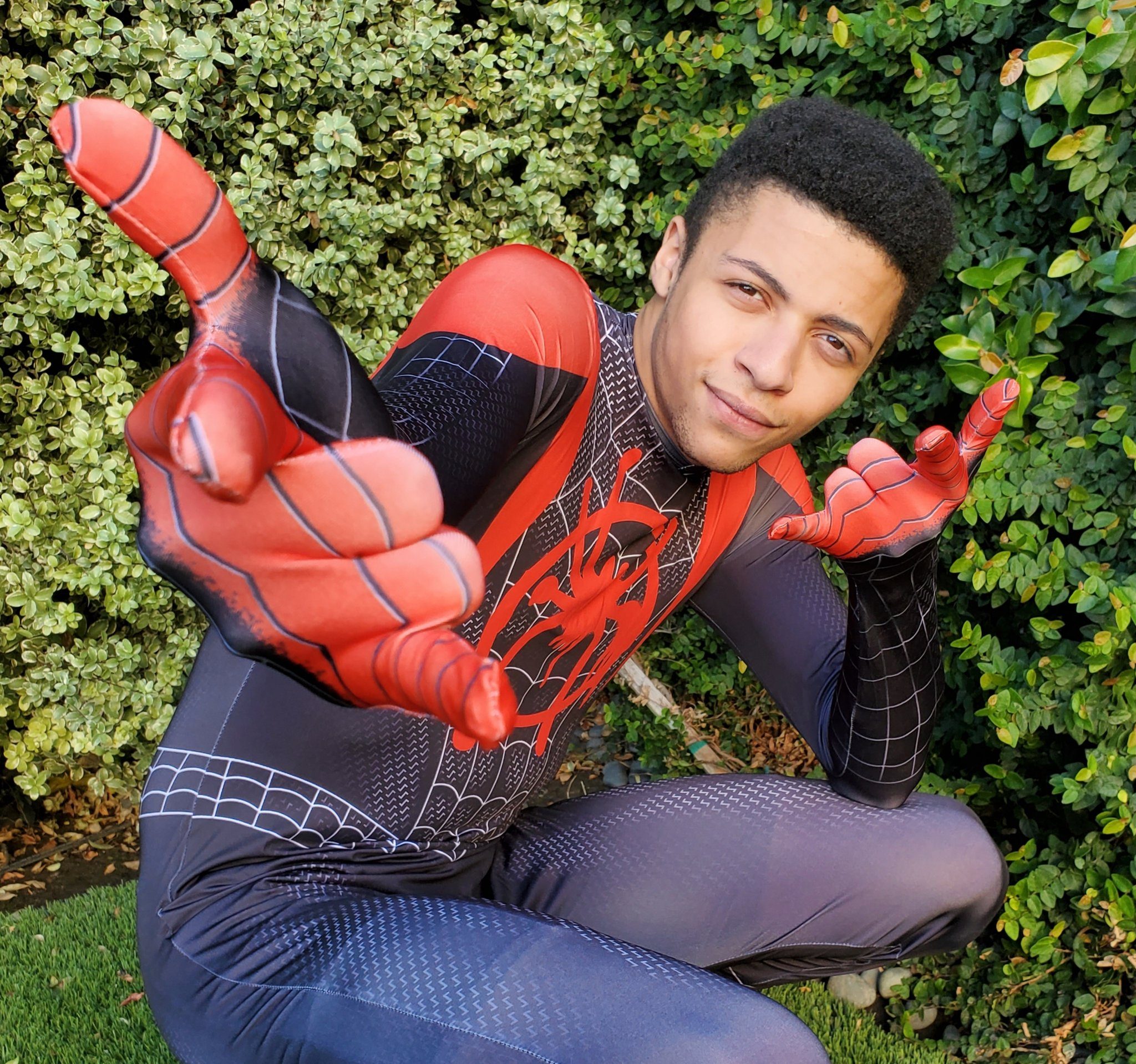 Myth is shooting his shot to be the best Miles Morales.

TSM Myth is the best web-head (from an alternate dimension)

Myth has always carried the motto of “believing in yourself,” so it’s incredibly fitting for the TSM star to dress up as Spider-Man from the alternate reality of Earth-161.

Not one to miss an opportunity, Myth even tweeted “Sup Zendaya,” tagging the Spider-Man: Far From Home starlet in hopes of a possible meet-cute.

The cute couple are ready to take on crime fighting with their dogs!

Excited to be a part of the CDL in 2020, Censor has been a huge name in Call of Duty for a long time. For Halloween, he dressed up as Mr. Incredible alongside his girlfriend Marilyn, who was Elastigirl.

The strange part is that Censor decided to wear padded biceps and six-pack when we all know that dude is buff as it is.

Daequan is spooked as Luigi

Rounding out the list is Daequan who dressed up as Luigi in a perfect homage to both the holiday and newly released Luigi’s Mansion 3.

TSM even posted a video of him walking around the house in his costume looking for his Mario, when he got frightened from finding him – extra points for authenticity!

Halloween is an incredible holiday for people to express themselves in various ways, and these streamers definitely showed up in full force for a night of fun.