Stuchiu: Which Dota 2 teams are on the rise going into MDL Chengdu? - Dexerto
Dota2

Stuchiu: Which Dota 2 teams are on the rise going into MDL Chengdu?

This is the pre-MDL Chengdu Buy and Sell for Dota 2. Imagine for a moment that each team was a stock. Well, I am the stockbroker trying to make money, so I have to buy low and sell high.

In other words, I need to buy teams whose stocks I think are lower than expected value and will give me a better return when they put in better results at future tournaments. Likewise, I sell stocks of teams that have hit their maximum potential and that I think will drop off.

The Chinese team with the most growth potential this season is Aster. PSG.LGD probably won’t be changing their roster so we know what to expect from them. ViCi made a single move, so it’s fairly unlikely that their ranking will radically change this season. Nearly all of the teams below that made roster changes, and of those I think Aster has the most potential on paper.

The only unknown player here is ChYuan. Everyone else though has shown glimpses of greatness in the recent past. Sccc was the best player in the Newbee lineup that lost to Liquid in the TI7 Finals. While he hasn’t been relevant in the international scene for the last year, the Newbee team he was on wasn’t good. Now that he’s in a new team with fairly good pieces, he should get back some of that form.

Xxs and BoBoKa are a bit more questionable. The two of them were at their best in the iG lineup that won the Dota 2 Asia Championships in 2017. While both players were good in that tournament (BoBoKa had an ascendant Monkey King), the best player on the team was Xu ‘BurNIng’ Zhilei. Once that iG team changed, Xxs and BoBoKa fell off the radar. This was probably because while they were exceptional on their picks, their overall versatility was limited.

This is untenable in a post-Wings world, but it’s been a few years since then. It’s likely that both will have expanded their repertoire of heroes and playstyles. As for Fade, he was the third best player on ViCi. While Fade role-changed the four position to the five support, he shouldn’t have that many issues. Overall, they look to be the third best team in China. 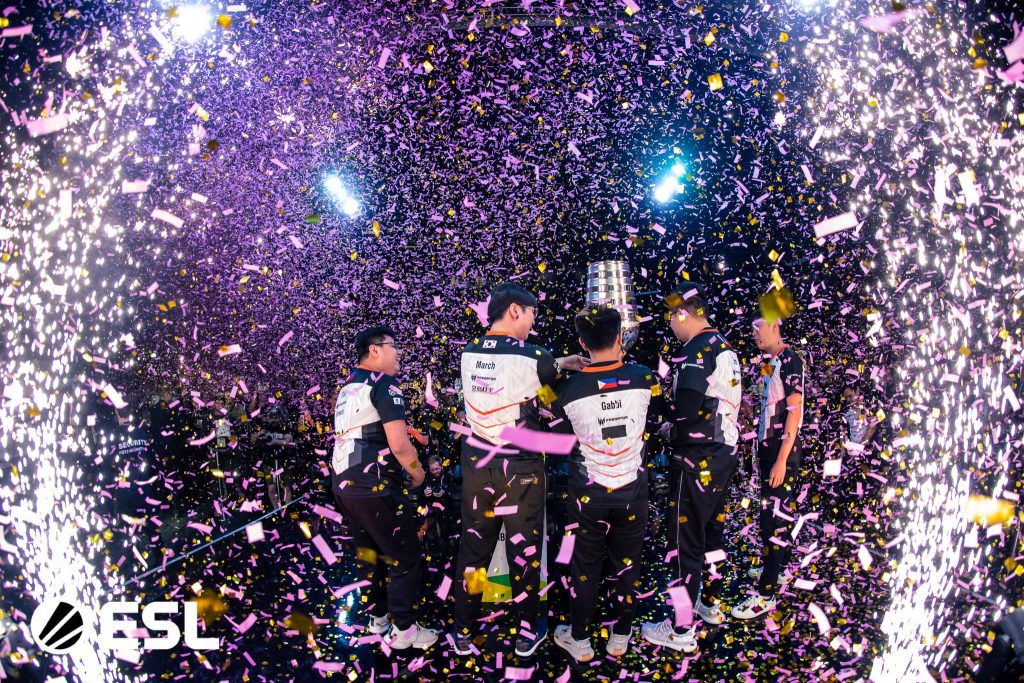 The winners of ESL One Hamburg were an easy pickup to make. Their recent victory at Hamburg should put them at a high price, but I think TNC still have a higher ceiling they can reach. In terms of raw individual skill, they are one of the better teams out there. The core three of Gabbi, Armel, and Tims are some of the best in their respective roles. Kpii is a direct upgrade over Carlo ‘Kuku’ Palad in the offlaner role. The only weakness skill-wise is March, but the fifth position is more about teamplay and enabling your teammates. In that context, March is a fine choice for the team.

If you look at the overall structure and teamplay of TNC, they look better than they have ever been. They have kept a lot of the fundamentals that Lee ‘Heen’ Seung Gon brought them when he was their coach at the end of the last DPC. March’s experience and leadership seems to be instrumental. Tims commented in a chat with prdota.ru that “It’s like you’re playing with your coach.”

Discipline, teamplay, and strategy have always been the biggest downfalls of SEA Dota. With these areas shored up, TNC look to be a top three contender at the Chengdu Major. More than that though, I think they’ll still be in the top five conversation once all of the other teams come back from their break.

Gambit remade their team in the offseason with fng being the only player to remain with the roster. The move has worked out as they’ve made the finals of ESL Hamburg and put up a good showing despite the loss to TNC in the finals. With such good results already, this is a harder buy than the other two as the margin of potential profit is smaller. It’s unlikely that the team will progress much further than this given that Gambit are in the honeymoon phase and the relative inexperience of their players.

Even so, there is still a profit to be had. Right now the CIS region seems to be in a mess. Virtus.Pro were the alpha and omega of the region, but are stuck in a rebuilding phase. They are trialing a carry and have Roman ‘Resolut1on’ Fominok playing the offlane. As it stands then, Gambit are the best CIS squad and fng is very good at leading these younger CIS rosters into good finishes at international competitions.

What’s more, the timing of Gambit’s rise couldn’t have come at a more fortuitous time. Right now, a lot of the big dogs are taking a break. The Kuro ‘KuroKy’ Takhasomi stack has taken a break and is looking to build a team. Secret, PSG.LGD, and OG are all taking a break from this first Major cycle. At the same time, no one knows the tendencies of the new Gambit players as they are all new to top international competition.

So due to the circumstances, I think Gambit are a good short-term buy. They are a placeholder team until the bigger teams come back into play. 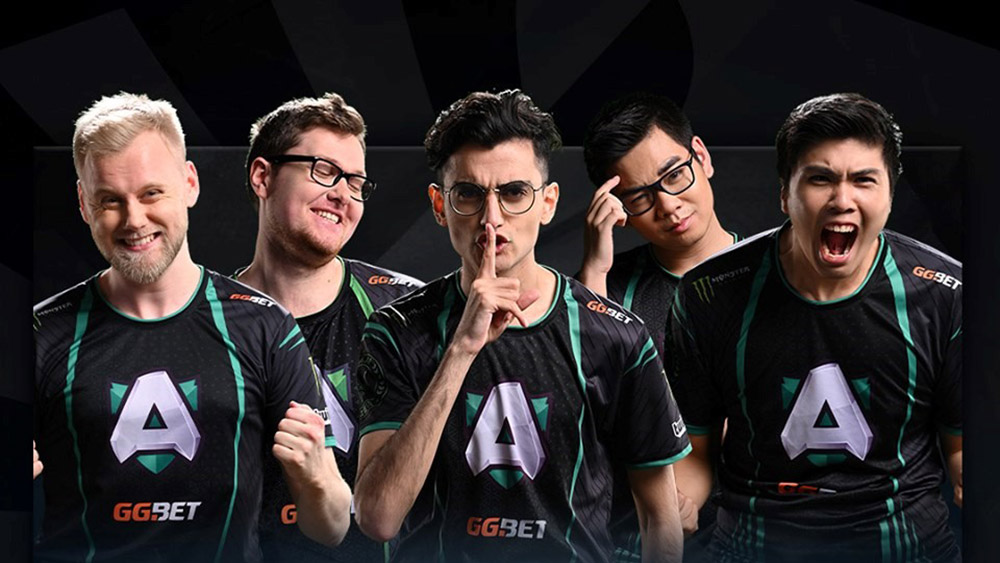 This Liquid roster has run its course. This particular lineup has been together for over a year now and that is when most Dota 2 lineups start to expire. While there are exceptions to that rule, they are usually all-time great teams – the previous Liquid lineup with Lasse ‘MATUMBAMAN’ Urpalainen being the primary example.

While it’s possible for a lineup to get out of that funk, it’s incredibly hard. KuroKy tried for most of last year to do it with his team before he finally had to bite the bullet and change MATUMBAMAN for Aliwi ‘w33’ Omar. I consider KuroKy to be one of the greatest captains and Dota minds in existence and if he couldn’t do it with that Liquid roster, it seems unlikely that this lineup can do it either.

What’s more, the circumstances in the EU scene should benefit Liquid right now. OG, Secret, and KuroKy’s stack are all on hiatus. Their old rivals in NiP have taken a step down. Liquid [A]lliance lineup have already surpassed them in the EU region. Once the other EU teams get back into the season, it will only get worse for Liquid. While the team is fun to watch, overall I have to sell on this particular lineup.

Fnatic are in an odd spot. Due to being in the SEA region, the combination of iceiceice and DJ should always be enough to make them a top three team in the region. But beyond that it’s hard for me to see a lot of potential growth from this team. Last year they had an all-star lineup that could make you believe that the individual prowess alone would carry them through. This year, it feels like a downgrade. 23savage is an unknown so he gets a pass. As for Moon though, his international play has often exposed him as a limited player, whether as a carry or as a role player.

So, in terms of individual skill, it’s hard to see this team making a real dent. In terms of teamplay, a bunch of these players have played together before in previous lineups. While it’s good, they don’t have the ascendant team chemistry of elite squads. Overall, I think Fnatic will be a lesser version of what they were last year. They will be a top three team in the SEA region and will have 1-2 good runs that will make you hope they can do more, before falling back down. 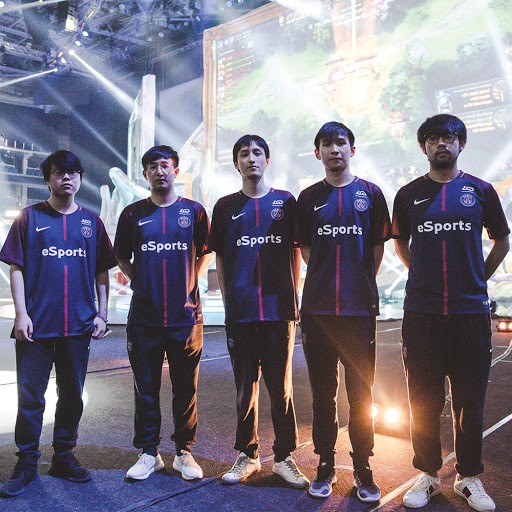 PSG.LGD will be my most controversial pick, especially as they just had a top three placing at TI9. However, if you take away their TI performance, the rest of the 2018-2019 season was fairly uninspired. On paper, they had one of the best lineups in the world. In practice, they were shut out of the elite teams like EG, Virtus.Pro, Secret, and VG. While they had a brilliant resurgence at The International, it’s unlikely that it will continue, especially as they are taking another break.

They are also in a similar situation to the old Liquid lineup (the MATUMBAMAN iteration) in that they are known quantities at this point. While they have brilliant players, other teams know how they like to play. The biggest problem for me though is how locked down the Chinese scene is.

With buyouts being as big as they are, it’s hard for teams to make moves. In PSG.LGD’s case, it’s doubly hard as they have fantastic players in all spots and there is no obvious problem. When PSG.LGD come back, I expect them to be a bit worse off than last year. They should still be a top three team in China, but their international results should stagnate. As that’s the case, I’d recommend a sell.