Valve has announced another new hero and upcoming update for Dota 2 during The International 9 (TI9)- adding another member to the ‘spirit’ family.

With The International being the showpiece event for the Dota 2 esports calendar, it’s also the perfect time for Valve to show off new content. At The International 8, fans in attendance were given keys for the long-awaited Artifact, while TI9 has already confirmed a new hero in the form of Snapfire.

However, the developers haven’t finished their sweep of new content just yet, as another member of the Spirit family of heroes has been announced after years of theories and speculation. 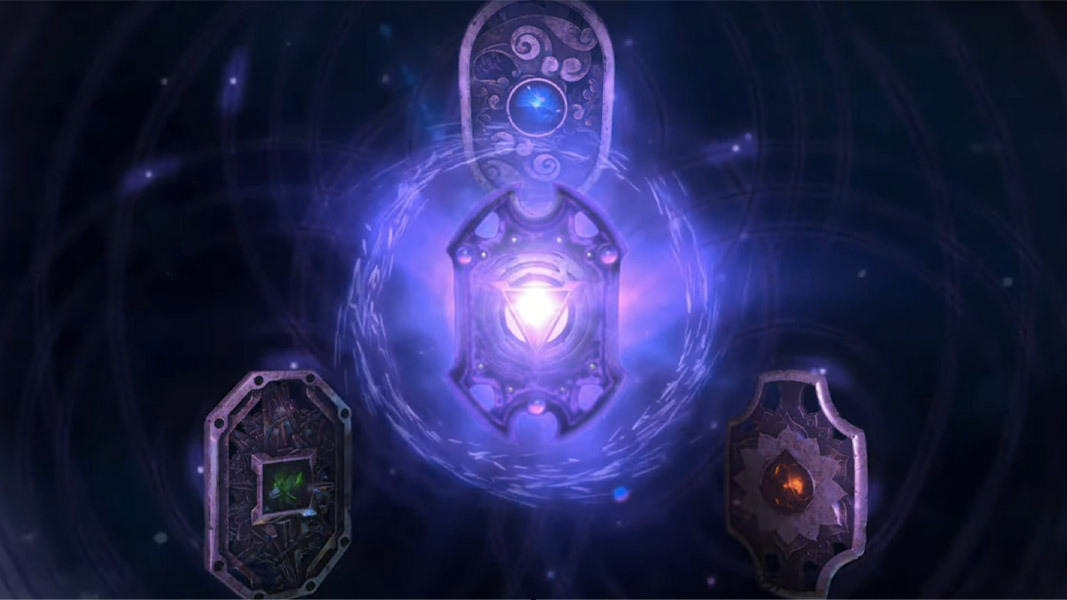 Void Spirit will join the Spirit Brothers family of heroes in Dota 2.

Right before the Team Liquid and Team Secret match-up, which Liquid swept to victory in, Valve used a break in the broadcast as an opportunity to show off their new trailer and swanky CGI effects.

For the most part, the hero remained with their back turned to the camera – conjuring up portals and moving forward. Eventually, a figure was transported to the stage and, to the delight of the crowd, began warning ‘mortals’ about the upcoming “Great Confluence” before wielding a two-ended blade that appears to be their weapon of choice.

What are Void Spirit’s abilities?

Unlike Snapfire, not much was on show for Void Spirit’s potential abilities or hints at what type of character they will be in-game – leaving the watching audience to make up their ideas.

However, considering that Earth Spirit, Ember Spirit, and Storm Spirit all have their own elemental Remnants and can transform into a ball for a unique movement ability. Yet, with Void Spirit conjuring up portals in a trailer, it remains to be seen as to what their Remnant and transportation ability will be.

In even better news for eager Dota fans, both characters have been announced for DOTA Underlords – the popular mobile game.

Just when they will grace the battlefield of either title, however, is still up in the air as no official date has been announced past the vague ‘Coming Fall 2019’ teaser.