Bungie have revealed a teaser trailer and roadmap for the upcoming new season of content for their multiplayer shooter Destiny 2, titled Season of Dawn.

Season of Dawn is just around the corner, as the Season of the Undying comes to a close, and Bungie have laid out their roadmap for the next season. Here’s everything you need to know about the next set of content.

When does it release?

The Season of Dawn officially starts on December 10, with content being spread out all the way through March. On day one, all players will get access to a new seasonal artifact called the Lantern of Osiris, an update to the Solar Subclass, the return of Elimination PvP mode, and public events called Obelisks. 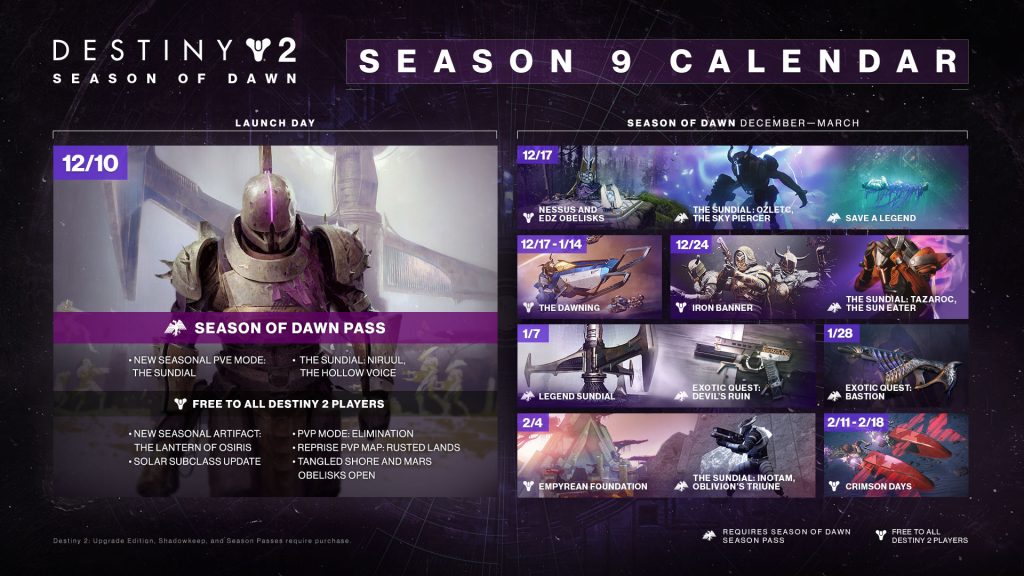 The roadmap for season 9, Season of Dawn

There’s a new PvE mode called Sundial, available only to season pass members, and the first boss in that mode, Niruul, will be available on day one. There will also be a new campaign mission where you’re charged with dinging a great Titan named Saint-14. 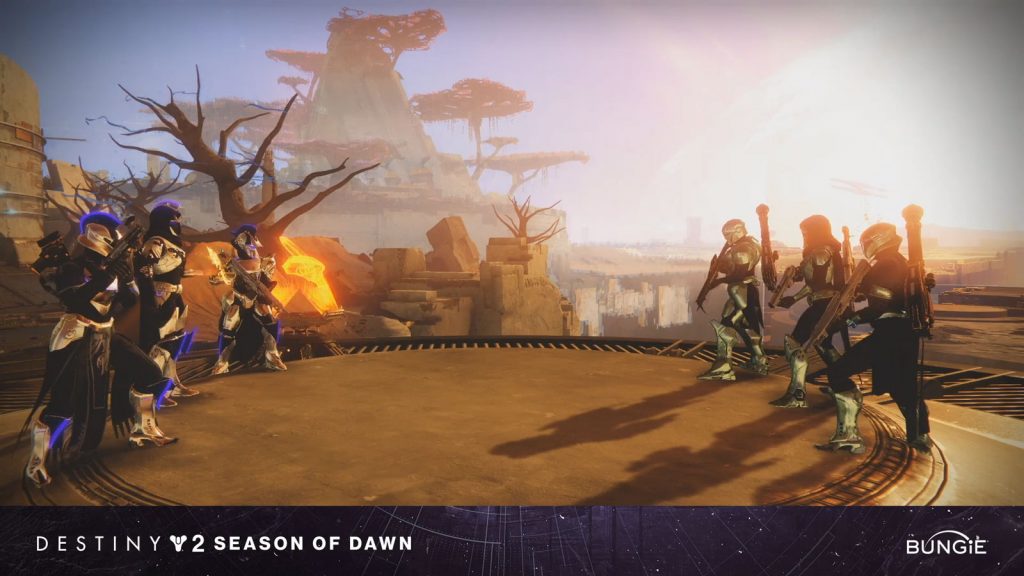 Elimination is a returning PvP mode that was introduced in the original Destiny game and instantly became a fan favorite. Elimination was removed from Destiny 2, resulting in an outcry from the community and even a couple of petitions to bring it back.

For those unfamiliar with it, it is essentially team deathmatch but without respawns, only reviving from other teammates. Elimination will be made available to all players on launch day; you do not need the season pass.

What is The Sundial? 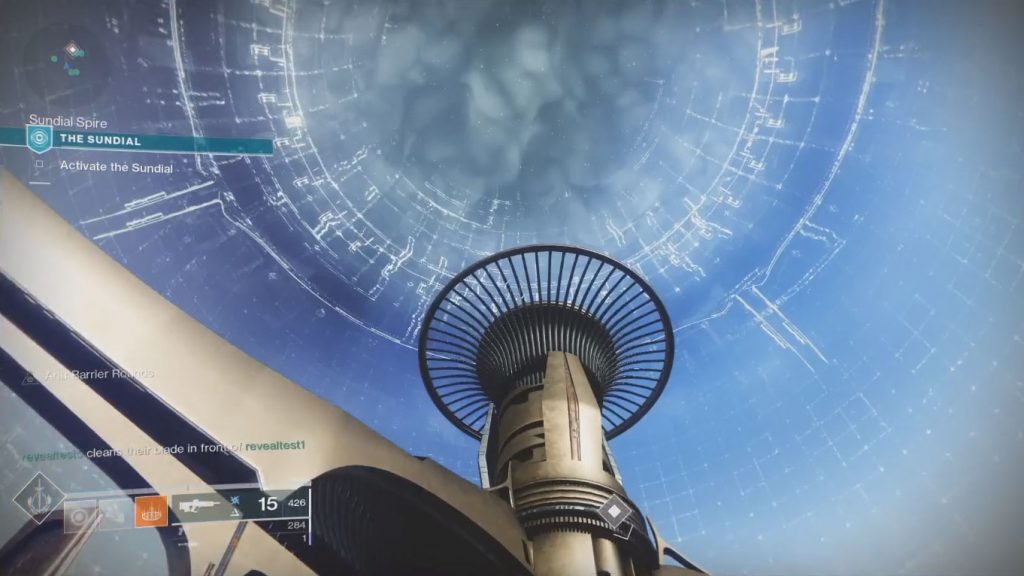 The Sundial is a new PvE mode for groups of six players to tackle together. The Sundial takes place on Mercury, and according to the developers in the recent reveal stream, allow players to jump through timelines throughout the ordeal.

It seems like The Sundial may have a rotating set of bosses, as more Sundial bosses will be added to the game throughout the season. The Sundial is only available to season pass players. 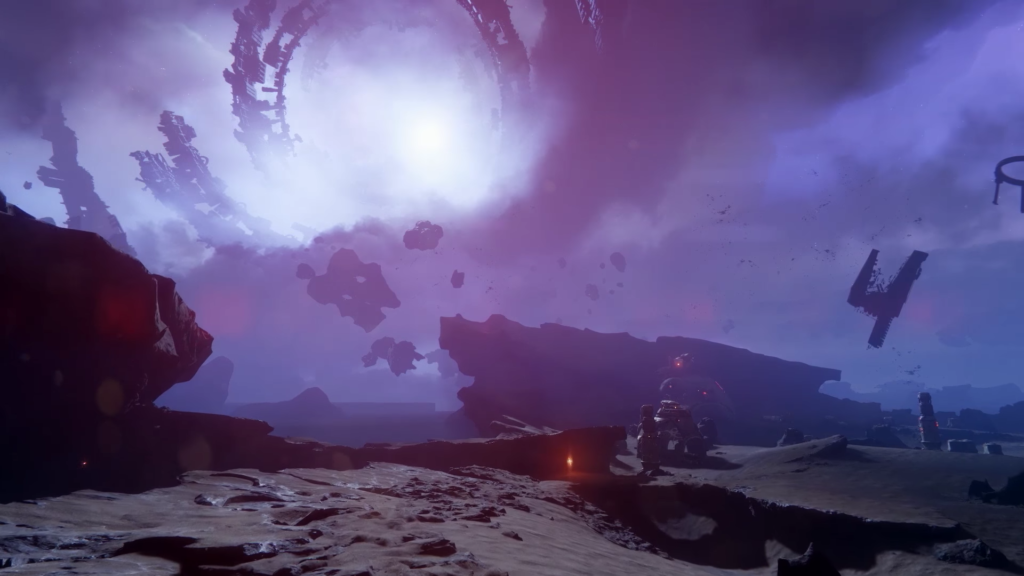 The Tangled Shore. Introduced in the Forsaken expansion.

Very little seems to be known about Obelieks, but they appear to be some public event set on multiple planets. Lore-wise, it seems you will be helping Osiris by restoring them across four planets.

The first set of Obelisks will be available on launch day, on The Tangled Shore and Mars. They open up on Nessus and the EDZ the next week, on December 17, along with the new campaign mission and one of the new Sundial bosses.