After a New Legends stage exit at the Berlin major for G2 Esports, and after NBK was benched by Team Vitality, it is being reported that G2 are sending Richard ‘shox’ Paillon to Vitality for just under half a million dollars.

Following the benching of NBK after Berlin, numerous rumors surrounding the two premier French teams in Counter-Strike began appearing left and right. G2 were rumored to be approaching players from CR4ZY, a move that the CR4ZY CEO criticized and labeled as “poaching.” shox was initially rumored to be in consideration, but just days ago, it was reported that G2’s asking price was too high.

But a deal has finally been made, according to 1pv. Apparently, G2 reduced their asking price and Vitality raised their initial offer, and the two organizations settled on a transfer number within the $350-450k range. It is being reported that both organizations will make an official announcement some time next week.

Many fans seem critical of the move online, suggesting that shox could be unwilling to take a backseat role to IGL ALEX and future star zyWoo, but French CS reporter @neLendirekt, who broke the story, defended the move on Twitter:

“Decisions are taken by XTQZZZ, ALEX is the leader, the star is ZywOo and shox is aware and accepted the conditions.”

Many people are talking shit about shox but let's be clear: decisions are taken by XTQZZZ, ALEX is the leader, the star is ZywOo and shox is aware and accepted the conditions. And tbh, shox wasn't even leading at the end of G2, apparently amanek was calling most times.

Both Vitality and G2 began their StarLadder Berlin runs in the New Challengers stage. But despite the stronger showing in that stage by G2, it was Vitality who advanced through the New Legends stage to make playoffs.

G2 were eliminated after back-to-back losses to AVANGAR and Renegades, and Vitality were also eliminated by AVANGAR in the quarterfinals.

The two teams played a combined 30 maps in the Berlin major group stages, but didn’t face each other once. After Berlin, Vitality were forced to pull out of BLAST Pro Series Moscow after benching NBK. 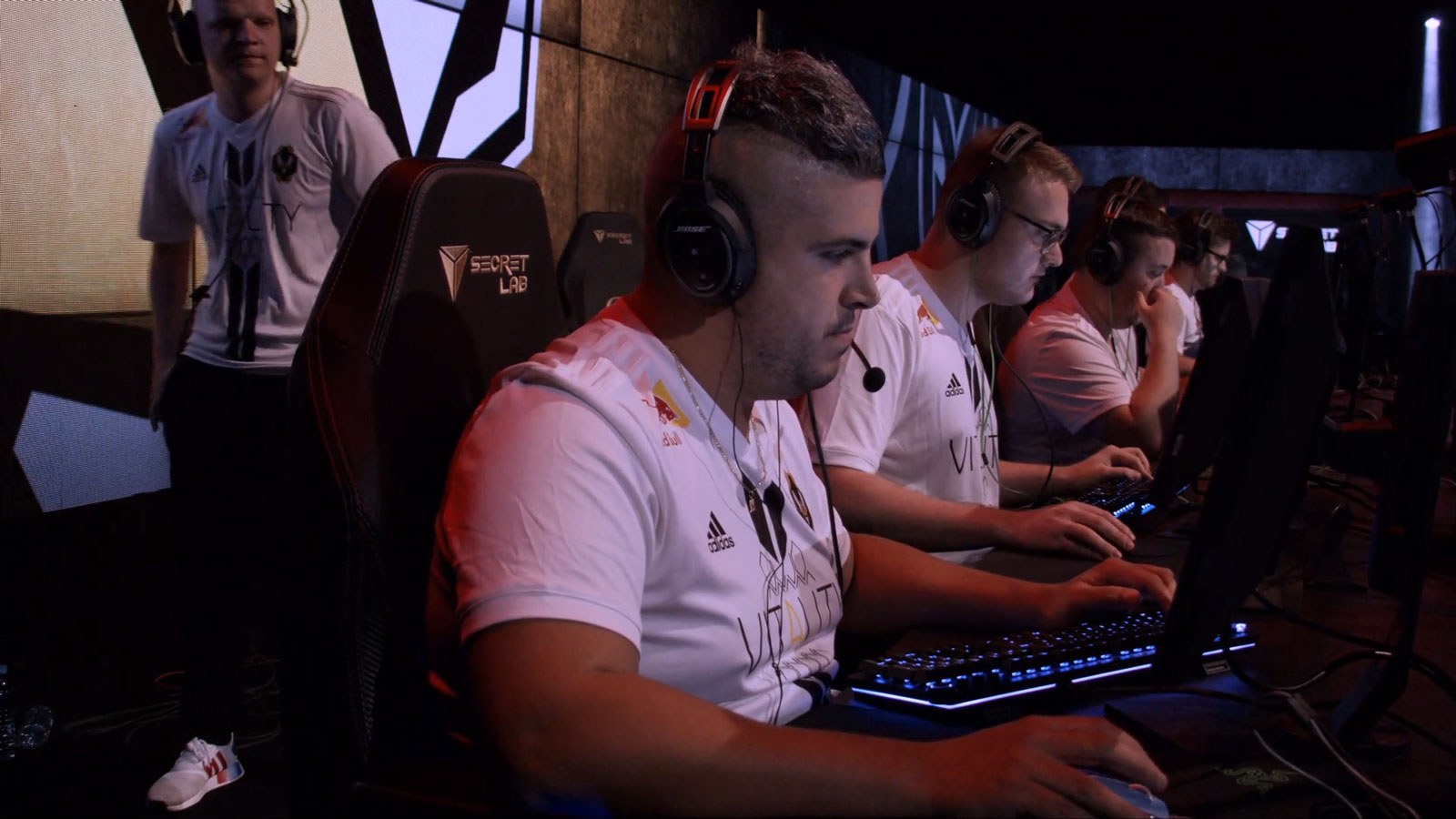 Vitality in their white jerseys at StarLadder Berlin
[ad name=”article5″]