Other rankings have since risen up and over time been tweaked to provide an accurate and reliable charting of the rise and fall of the many teams in the scene. What is lacking is an expert’s eye, to adjust for factors point-based systems cannot address, and explanation of the various positions.

As well as placings, the value of which is determined by the prestige of the tournament and the quality of the opposition in attendance, the opponents a team beats counts to their ranking. Teams who defeat Top 10 opponents, with the higher ranked teams more valuable scalps to claim, help determine their overall ranking and break ties with other teams who have similar kinds of placings. Likewise, victories in Best-of-3 (Bo3) series are of more value than Bo1 results and a single map won in a series over teams of a similar level. Unlike past editions of my rankings, I will also list the victories teams have had over ranked opponents. 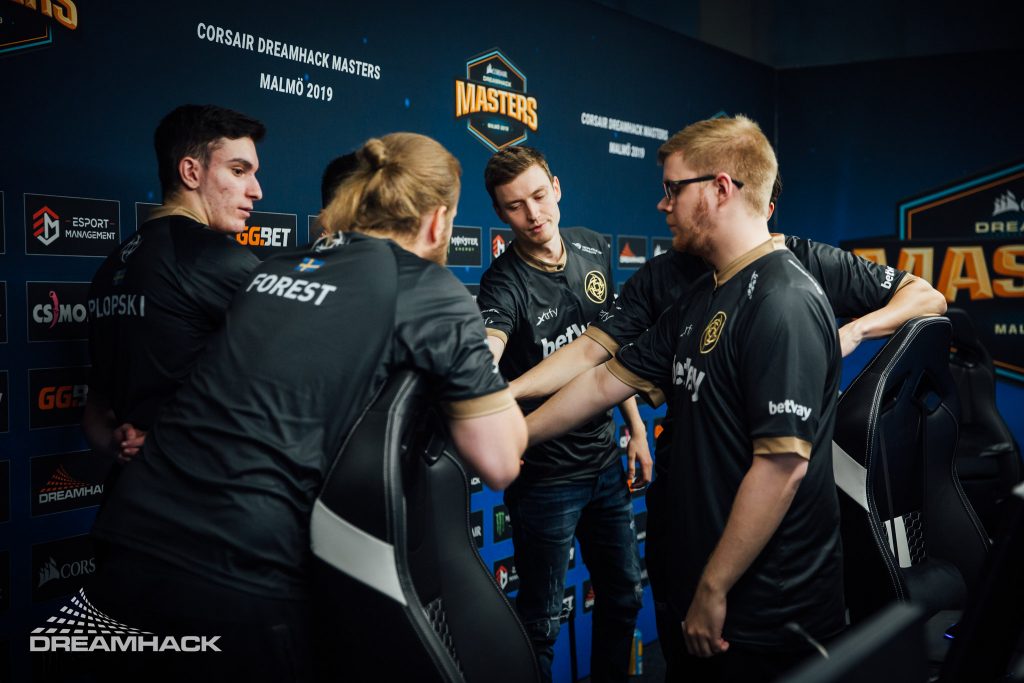 NiP entering the rankings again was not something many expected and even more so in such a feisty and competitive period. Sure, their line-up seems destined to be broken apart in the near future, but top eight at Starladder came with a ranked series win over EG and their finals run at Blast Copenhagen had them placing ahead of a number of much more favoured sides. NiP can fall so easily and probably will, but for now they again are considered a top 10 side. 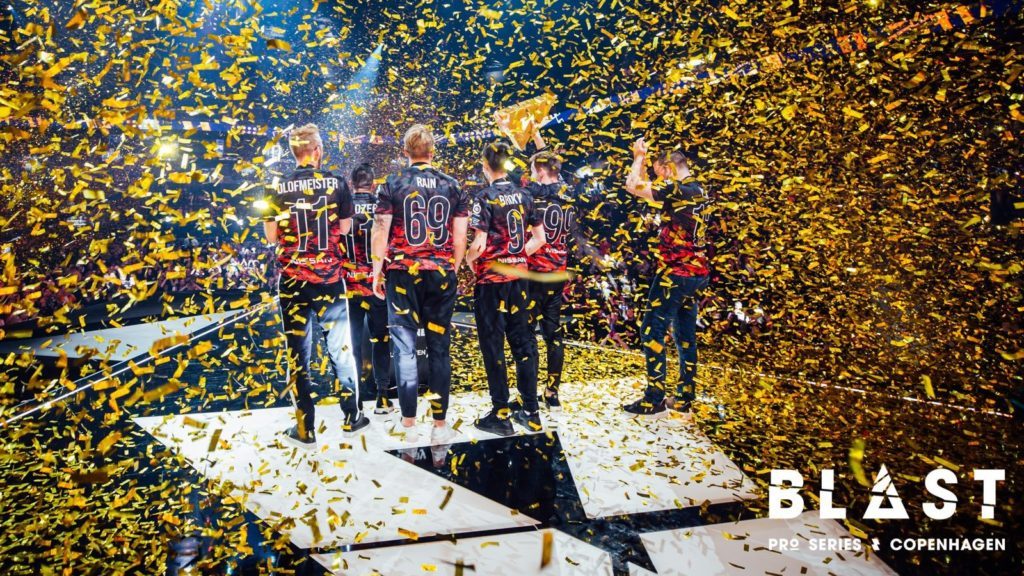 New York made FaZe’s coldzera move seem far from worth the enormous price it cost them monetarily. Recent form suggests there may yet be another chapter in the NiKo IGL story. Victory at Blast Copenhagen came against a seemingly strong field, but didn’t add many ranked wins, as is the nature of Blasts.

Top four at IEM Beijing doesn’t sound too crazy, but had olof and the gang beating EG in two Bo3 series, which absolutely should cause many around the scene to prick up their ears and get interested in FaZe again. They are fragging out, as has been the FaZe formula for some time, but when they all contribute to an event they again look like a line-up with a really high level aggregate of individual ability. 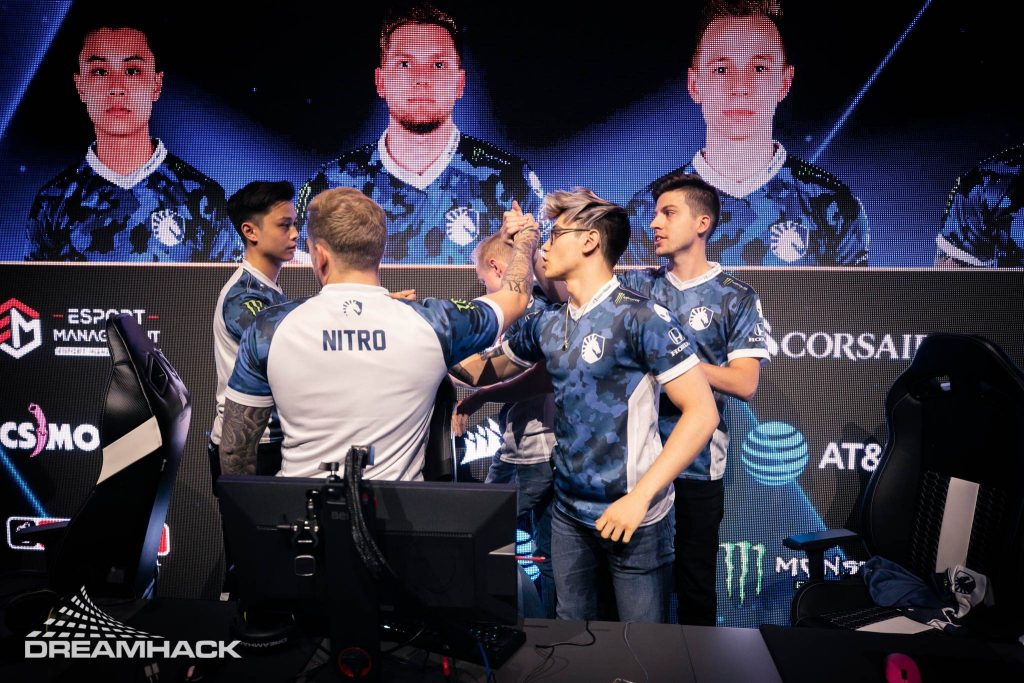 From indomitable monsters of the summer, Team Liquid have fallen rapidly following the major. Their only recent activity was a Blast Copenhagen appearance where they did essentially nothing. They’ve been to two tournaments in a row without even a ranked win. With such placings and wins I’m even forced to drop TL all the way down from S Class to B Class, even if the eye test suggests they’re better than some of the squads ranked above them. These are troubling times for the most skilled line-up CS:GO has ever seen. 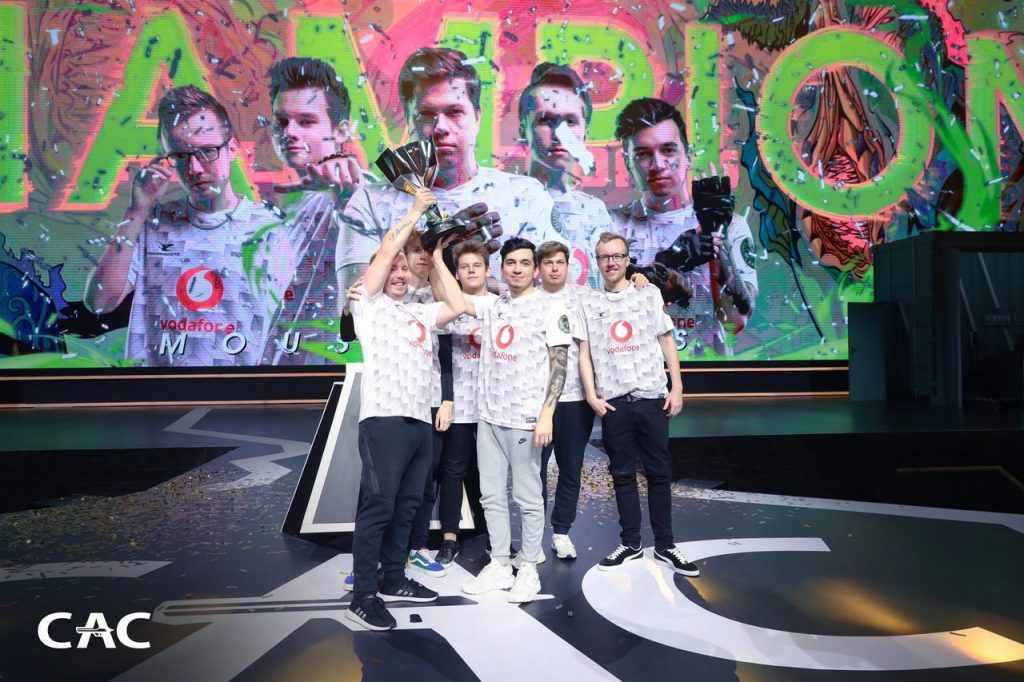 As one of the teams who didn’t make a roster move, mouz seemed sure to be muscled out of relevance by all of the big on-paper upgrades the scene seemed to be receiving. Instead, they climb two places by virtue of a victory at the CS:GO Asia Championship. ENCE might be a lot of empty calories in the server, but they are a ranked squad and they count as a win. Likewise, AVANGAR aren’t world beaters, but lose to mouz they did. Beating EG, for the second time in three events, was a big deal and showed some of the potential mouz has repeatedly hinted at but rarely capitalised upon.

Certainly, if TYLOO wins another round on inferno in regulation then mouz doesn’t have this new charge but that’s the nature of the game we play. mouz is a team with a decent set of placings and a pretty strong set of ranked wins, especially for a team in seventh place. 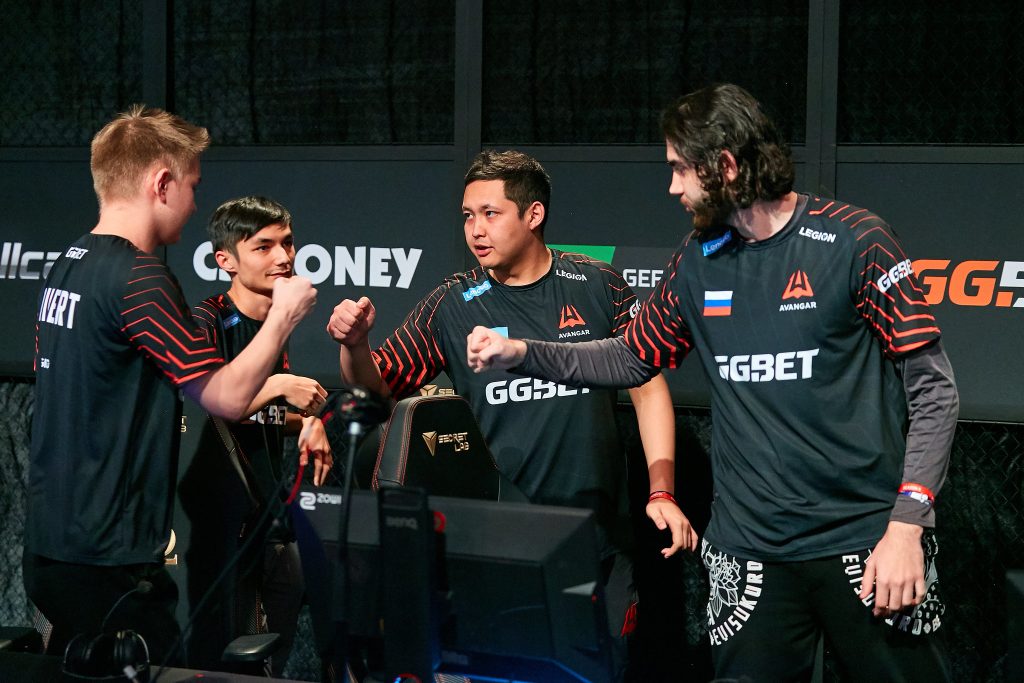 AVANGAR are giving out wins to a lot of teams, but their previous results cannot help but keep them relevant, for now. Underwhelming runs elsewhere are placed in such context only when looking at the rankings. Look at the team with the eye test and they are performing well enough and often exceeding expectations. I expect AVANGAR to sink once their first placings disappear, but for now they continue to remain a ranked squad. Lack of new ranked wins will start to hurt sooner rather than later, though. 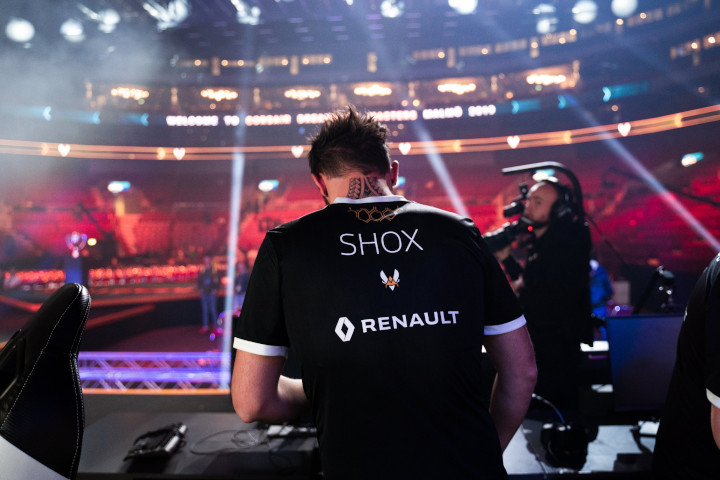 After a near win at Malmo following the shox trade, Vitality have looked rough. Their only ranked wins are two single map wins from EPL and IEM Beijing. Their top four finish at the latter tournament was pretty dry of quality. Vitality are one of the squads who have been feeding the rest of the top 10 wins nonstop and as such they will soon drop unless they can legitimately show themselves to be a top side, just by virtue of pumping up everyone else’s records. 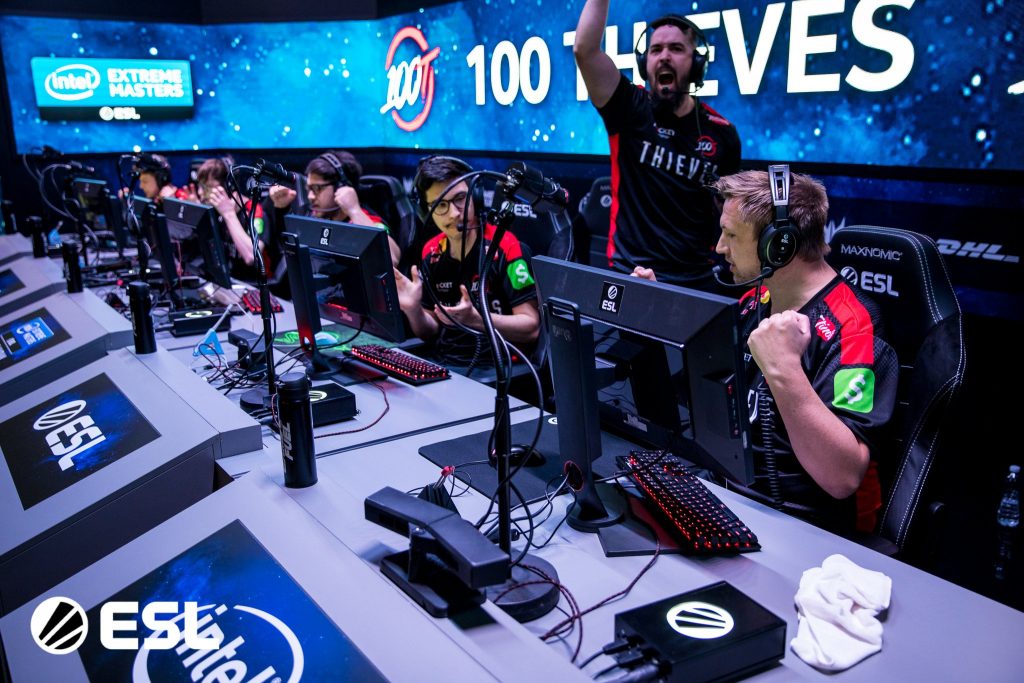 The former Renegades cracked top four at Starladder prior to moving to new organisation 100 Thieves and then immediately made new owner Nadeshot happy with a runners-up finish to Astralis at IEM Beijing. From hanging on to the final spot in the rankings last time and largely due to their major run, the Aussies have shown strong form and slapped a number of ranked wins on their resume to go with their two additional top placings.

Never before has an Oceanic team ever come close to this kind of ranking and it’s fitting that they are now acknowledged as one of the better teams in world Counter-Strike, not simply the best from their region and in amongst the pack of NA sides, due to their relocation. As matters stand right now, there’s plenty of reasons to imagine 100T can go into next year and continue to be a team reaching semi-finals and matching up well with the rest of the top 10. 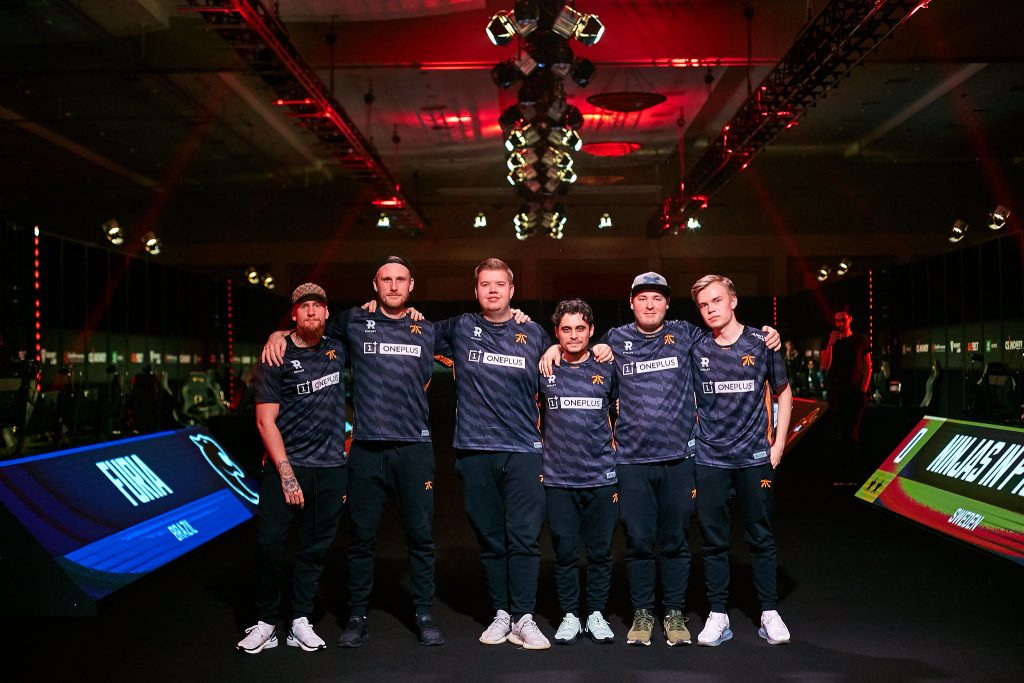 If FNATIC were supposed to be one tournament wonders after their epic Dreamhack run then they sure didn’t get the memo. At StarSeries S8, a double elimination tournament, they were one of the most potent teams in the field and appeared in another big final. Sure, they have feasted on repeatedly beating the new Vitality line-up, a squad they have firmly in their back pocket, but you can only beat who is put in front of you and Vitality were a team whose Summer run meant decay would not be quick.

The eye test tells me FNATIC doesn’t deserve S Class status, but if they continue to put big placings on the board and add more ranked wins then sooner or later they’ll force their way into that grouping. 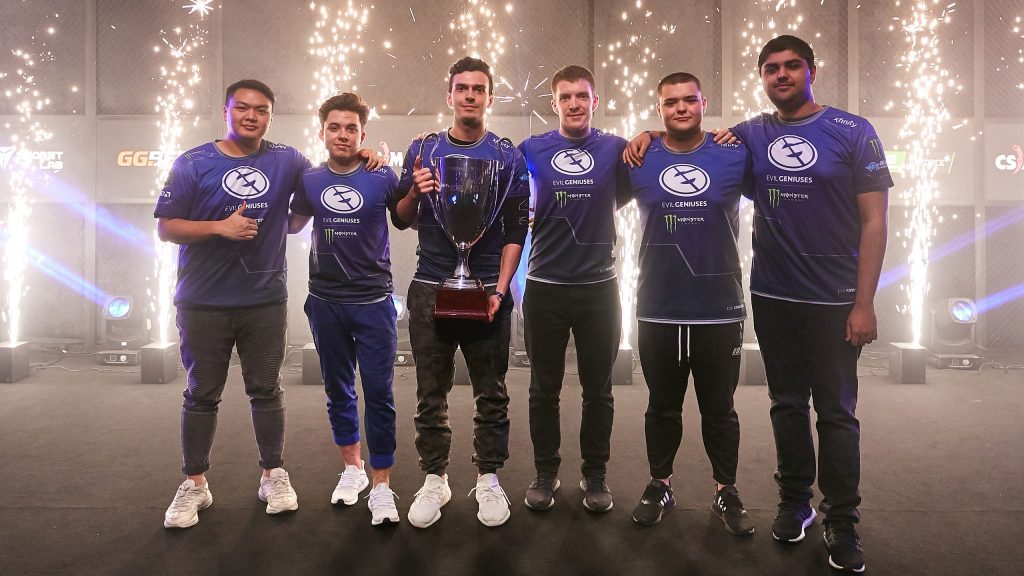 EG put another trophy in the cabinet at Starladder, an event which also added some solid ranked wins, but elsewhere they have been lacklustre, especially for a team so clearly capable and vying for the top spot. Not only did their runs at IEM Beijing and CAC end without a top four finish but they also produced zero ranked wins. EG can take the top spot, especially if they continue to prove so difficult a match-up for Astralis, but their inability to take care of lesser teams is omenous for their potential future as the world’s best team. 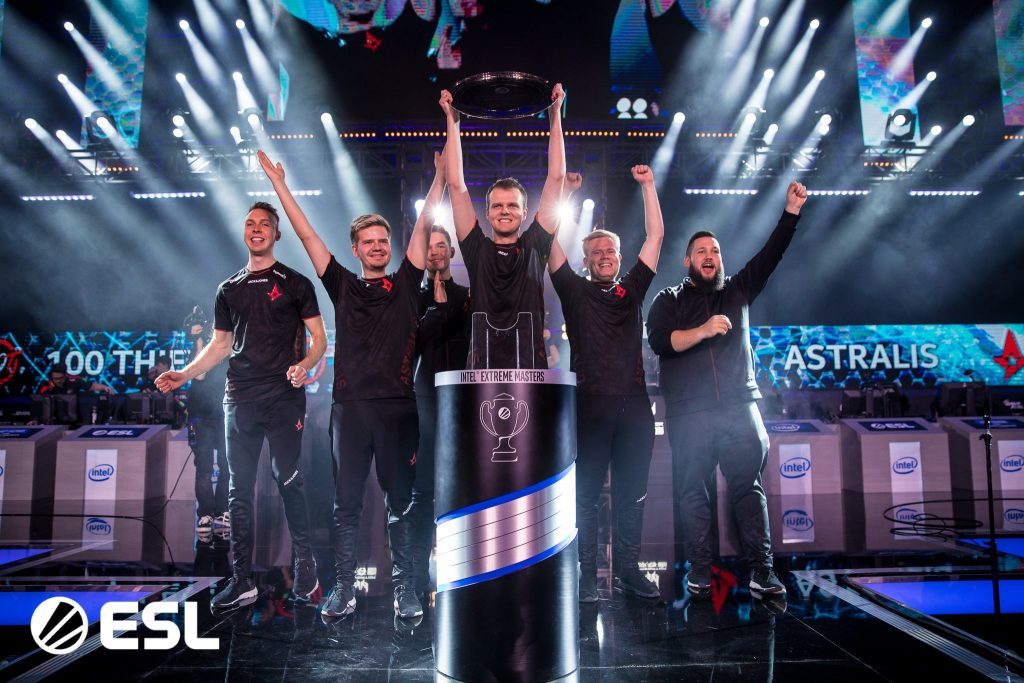 Failure at Blast Copenhagen might have disappointed the crowd in the Royal Arena but means little for Astralis’ ranking, not least since they followed it up with a flawless run at IEM Beijing, a tournament attended by key rival EG. The Danes have again established the best resume in Counter-Strike, with the best placings and number of ranked wins. Beating 100T in the IEM final brought back a ranked Bo5 to the table. It’s still tight at the top, with EG in theory keeping apace, but Astralis have a good chance of finishing the year as they began, on top.