After giving crystal clear instructions during a CS:GO match, Tarik ‘tarik’ Celik couldn’t believe his eyes when his teammate threw a seemingly easy round win.

Tarik is one of North America’s finest CS:GO professionals; after claiming his first major with Cloud9 at the beginning of 2018, he went on to represent MiBR before finding his home with his current roster.

Now playing under the Evil Geniuses’ banner, Celik’s entry fragging abilities have led his squad to become one of the best in the world. After a convincing ESL One New York win, tarik and co. had a brief spell as number one team in the world. 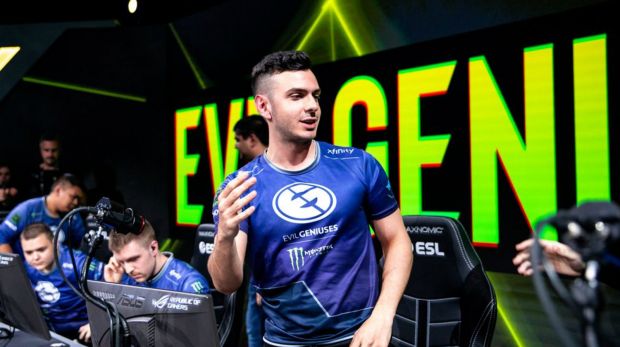 Evil Geniuses and Team Liquid have paved the way for North American Counter-Strike to flourish.

Yet, despite tarik’s long list of accolades and recent run of good form, even he couldn’t help his teammate win a one-versus-one during FACEIT match against Team Liquid pro, Jonathon ‘EliGE’ Jablonowski.

With the game poised at 12 rounds apiece, team_TaRiK found themselves in a do-or-die situation. Since the 23-year-old ‘Content King’ wasn’t at the helm, he could only guide his teammate.

Given Celik’s advanced in-game IQ, he quickly realized that the opposing player usually defended the B-bombsite. Based on this, he advised his teammate to plant the bomb on A-site in an open spot and head up the ladder towards Palace.

The EG Rfiler then advised his ally to slow-peek after hearing the defusing chime. Up until this point, tarik’s teammate listened (and executed) every instruction given.

As predicted by Celik, their foe tapped the bomb to bait a peek. As per the instruction, the T-sided player slow-peeked out of Palace, lined-up his crosshairs with the enemy, but then inexplicably failed to shoot.

Unfortunatley, tarik didn’t think to tell them to shoot. “No way, bro!” he yelled. “Dude, report this kid for throwing… This kid’s such a nerd, he’s throwing on purpose, dude — are you kidding me? No f**king way, bro.”

While Tarik’s coaching did not pay off, his team was still in a position to full-buy thanks to a three-round winning spree beforehand.

Of course, the EG player’s comments were likely made in jest as he did not continue to report his teammate, despite losing the match 13-16.