Stuchiu’s back with another edition of the top-10 players who stood out in CS:GO in the past three months – where does your favorite land?

One of my favorite things to discuss in CS:GO is who are the best players. While CS:GO has better stats to make comparative judgments between players, that doesn’t get to the whole story. Teams have different tactics and strategies and players have different roles therein. In order to make this list then, I set out certain criteria that I applied consistently across all of the players. The criteria I included was: consistency, impact, role, and competition.

Consistency is a player’s level average level of play across the time period. Impact is harder to define as in-game leaders and support players have an impact that we can’t see in the server. In the case of this list, impact refers to in-game actions: space-creation, rotations, and gravity. Gravity is the amount of a player polarizes a game. Role refers to what a player does in their team and is required of them. Some players have to play at a higher level for their team to function and they are rated higher as a result. Competition refers to the level of teams/LANs a player attended. If two players have similar levels of impact and consistency, but one played against the top teams more, they will be rated higher.

Finally, I set the parameters of the list to only include LAN play. LANs were also ranked depending on format and importance. The Major, for instance, is far more important than the bo1 BLAST events or the Summit. The rankings do a three-month span so for this edition it runs from October to December. For LANs that run from the end of the month to the beginning of the new month, I add them into the month where they end. 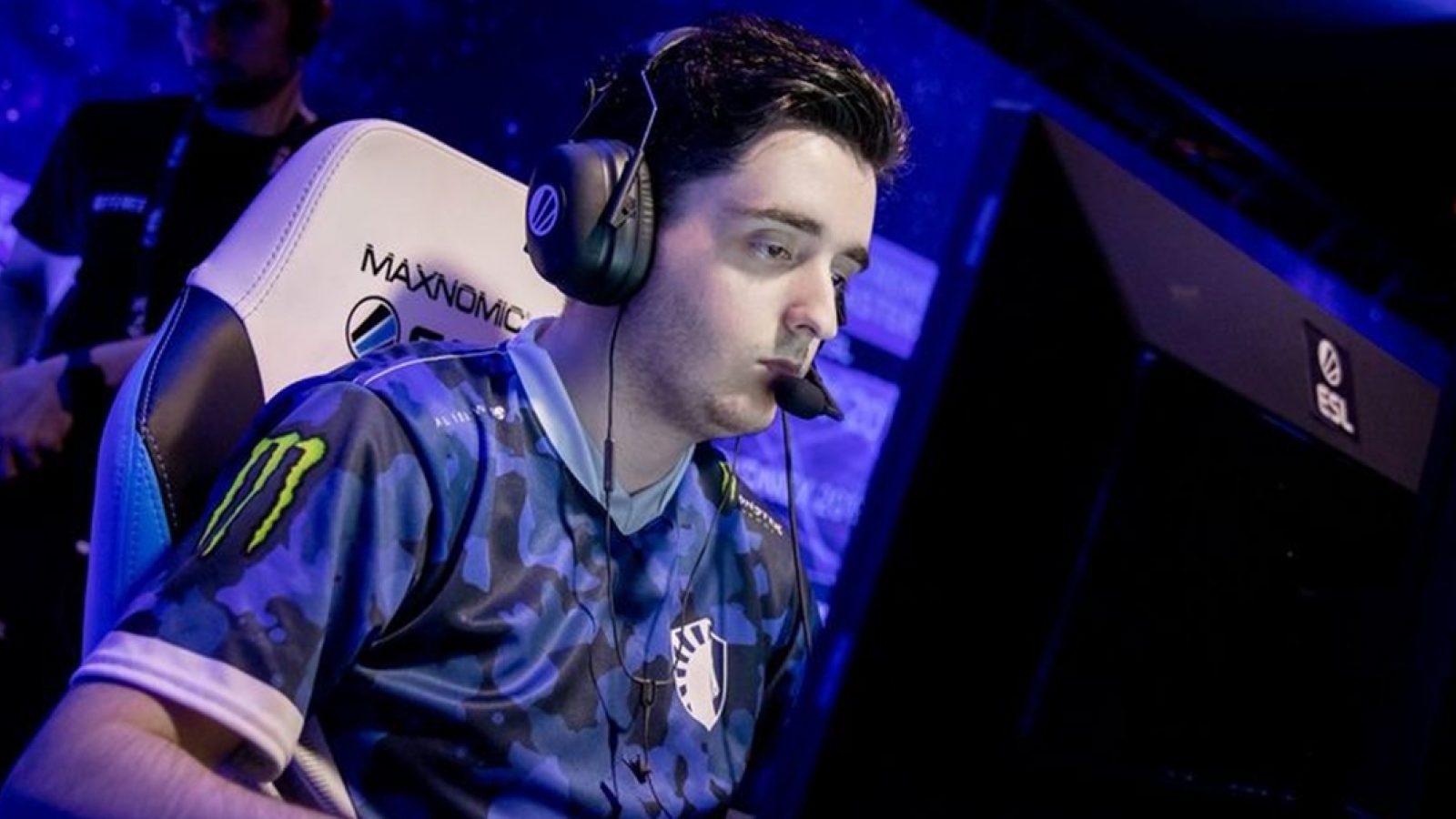 NAF makes his first appearance on my top 10 rankings list. He was on the bubble last time but really solidified his place in my top 10 with his performances at ECS Season 8 and at BLAST Finals. He’s been a great secondary star for Team Liquid and seems to be their most consistent player against Astralis in particular.

NAF is a hard player to pin down since he’s versatile enough to play nearly every role but seems to tend towards the more passive side of things. On the other hand, when he’s aggressive, he goes all-in. Among the five Liquid players, I think he has the best killer instinct for when to make wildcard plays that can tilt the direction of the match. 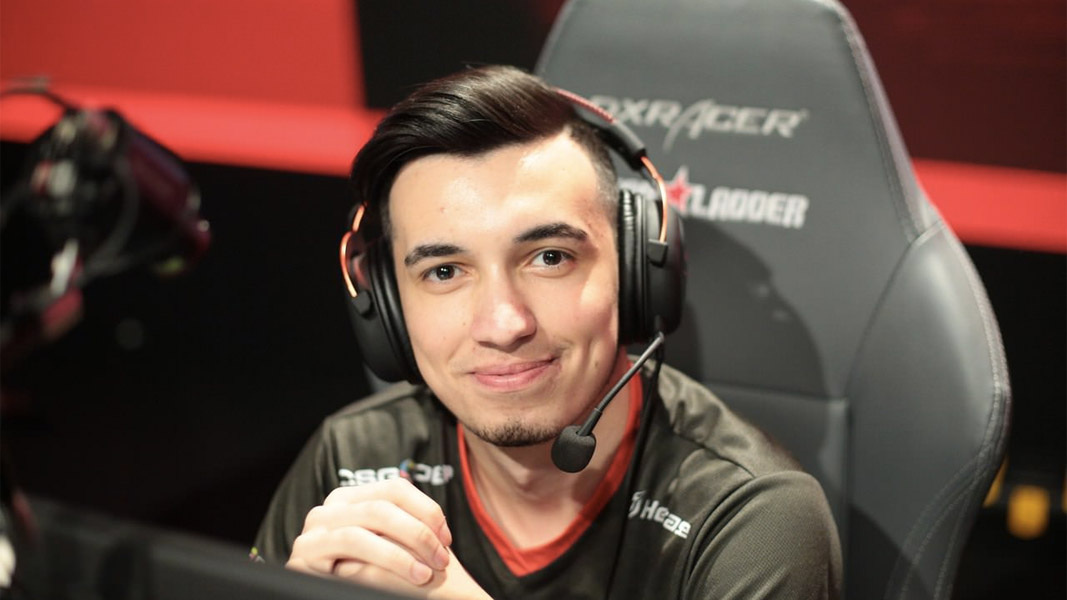 Mouz had a massive marathon run through December as they went from tournament to tournament securing their spot as a top 5 team in the world. One of the reasons for their success is their superstar AWPer woxic. Woxic has not only carried over his aggressive AWPing style from his hyper-carry HellRaisers days, but he’s also learning how to be a stable system player and has started to introduce more of a Nicolai “dev1ce” Reedtz style AWPing into his game.

The primary reason woxic cracked my top 10 was his duel performances at EPL 10 and CAC. At ESL Proleague Season 10 he was one of the stars that Mouz needed to win the tournament and was their biggest star in the Astralis series. At CAC he was the MVP of the tournament. 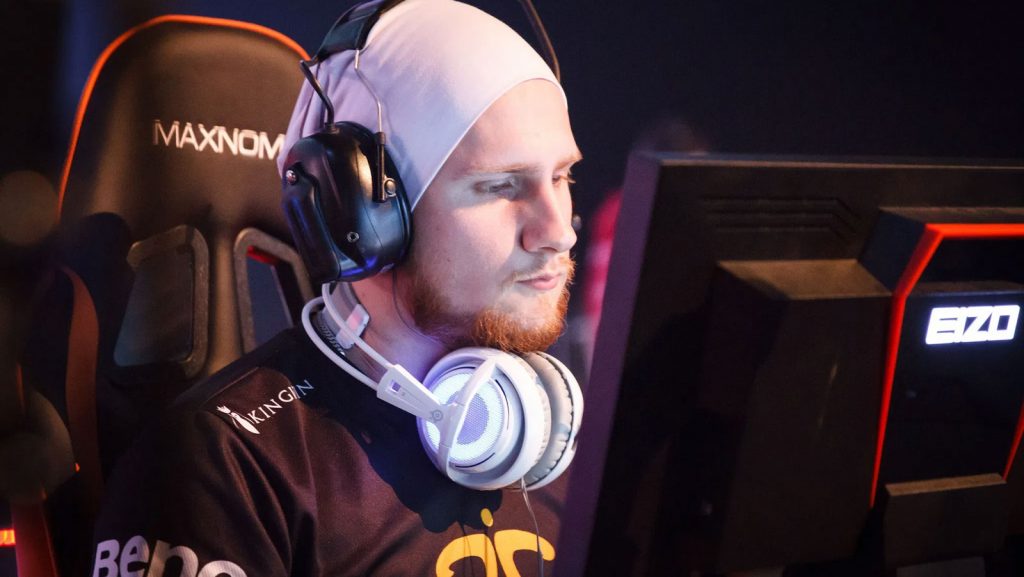 Not much has changed for KRIMZ since the last ranking as Fnatic went on to add two big LAN results to their growing resume with good results at both ECS Season 8 and EPL 10. While those were good results for Fnatic, they didn’t move the needle much for KRIMZ on my list. KRIMZ is still a stalwart superstar for Fnatic, but the ascension of his teammate and the overall landscape has seen KRIMZ slip down a place from last month. 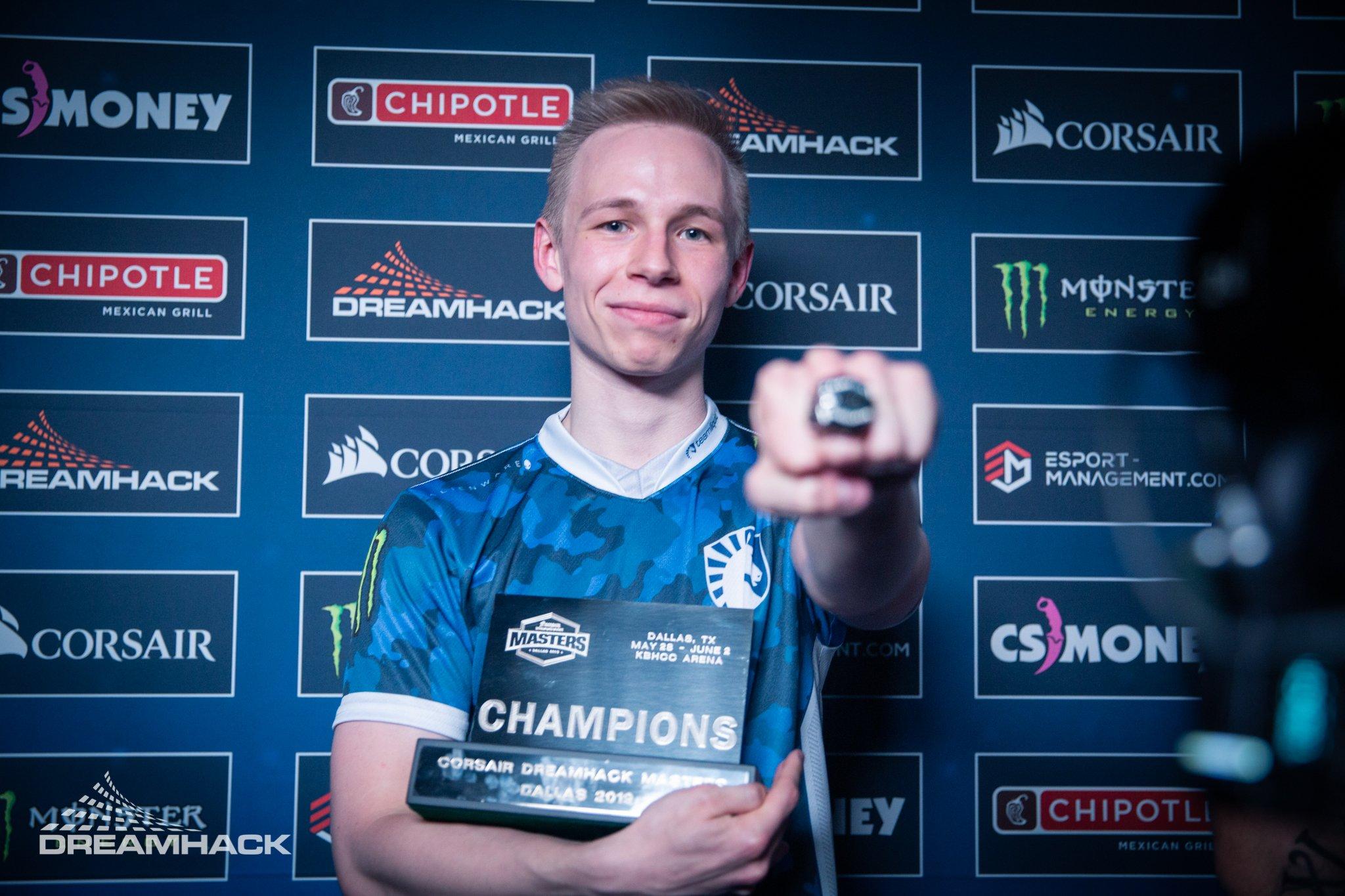 In this month’s iteration, EliGE is the highest ranking NA player on my list. Like Vincent “Brehze” Cayonte and Cvetelin “CeRq” Dimitrov, he suffered from ESL New York and StarLadder Berlin Major no longer being removed from the pool. All three players had spectacular performances at those two LANs. Since then Brehze hit a massive slump. CeRq is still good, but his performances in December weren’t enough for me to rank him over NAF this go around.

Unlike the EG stars, EliGE’s consistency continues to shine through. While I wouldn’t mark December as a particularly strong run for EliGE (compared to where he was in mid-2019), his level isn’t far off from that. Among all of the NA players, EliGE seems to have the best floor and has the least volatile fluctuations in form because of that. So while he dropped down a rank, EliGE is still one of the best in the world and will likely be a constant fixture in these rankings. 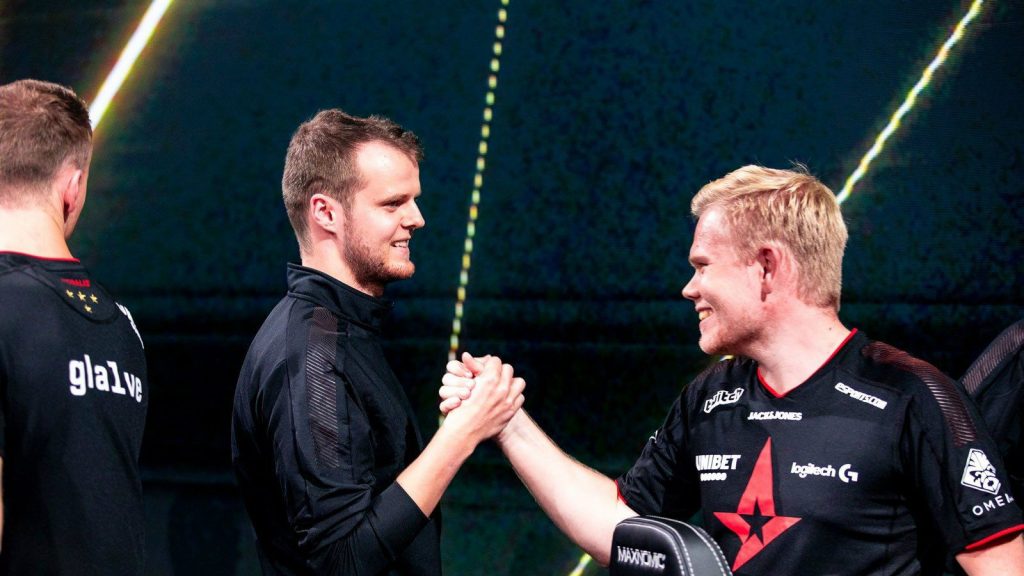 Magisk makes his first appearance in my top 10 rankings and he breaks in at 6th. Magisk has been an unsung hero throughout Astralis’ run in 2019. Even when they were in their slump in mid-2019, Magisk continued to be a solid anchor for the team. Since resurrecting at the Berlin Major, Magisk has also elevated his level as a lurker and CT-side anchor. He’s probably the best pit player in the world with his incredible spray control and micro-positioning.

Astralis’ flurry of results through December was what clinched Magisk’s spot here. While he was never the MVP of any of Astralis big runs (Lukas “gla1ve” Rossander took Beijing, Peter “dupreeh” Rasmussem took BLAST, dev1ce took BLAST), Magisk was the second or third best player in all of their runs. While I often give the nod to primary stars of their teams over secondary stars of other teams, Magisk played at a more consistent level than EliGE, so I gave the nod to Magisk. 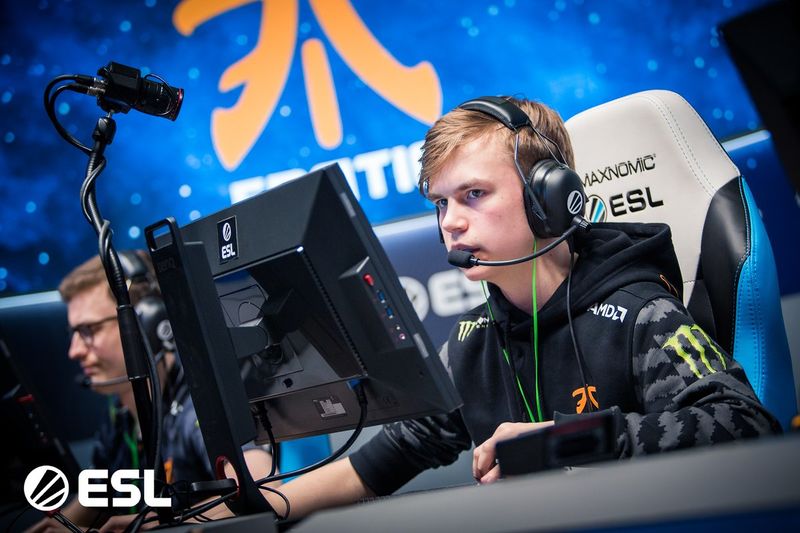 In last month’s ranking, I had Brollan as the 10th best player. This month, he broke into my top 5. There were two reasons for this. There were a few reasons for this. Both CeRq and Brehze fell out of the list, which naturally shifted him up. The bigger reason is his elevation in performance. At ESL Proleague Season 10, he was the superstar player for Fnatic’s run to the finals. Brollan now feels like the primary superstar of Fnatic. 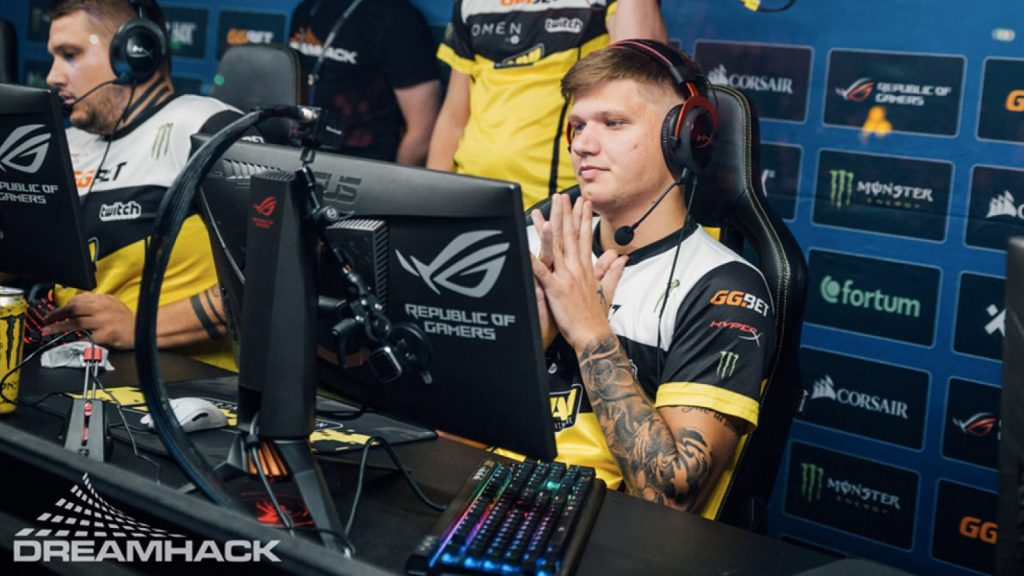 Na`Vi finally attending more events has given s1mple the platform to prove why he is still one of the best players in the CS:GO world. Unfortunately for s1mple, Na`Vi is a flawed team so they aren’t making deep tournament finishes. This hurt s1mple a bit, but if you look at s1mple’s body of work, he’s continued being a superstar player (albeit with a rifle). He isn’t as impactful as he was in his primary-AWP days, but he is still a force to be reckoned with. If Na`Vi can fix their problems, I think s1mple will break into the top 3. Even in a diminished role, he is still a superlative player that the eye test tells you should be the best in the world. 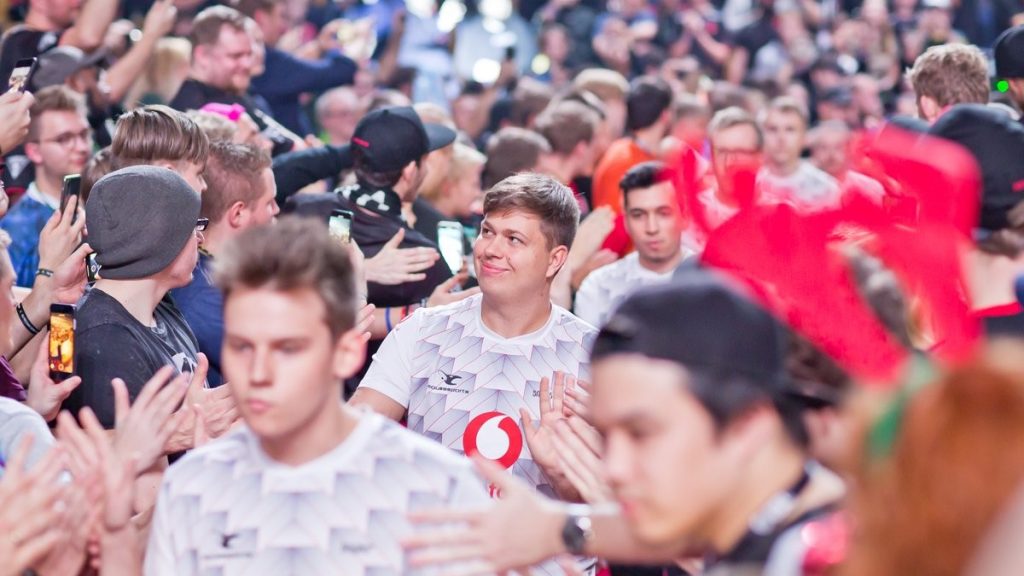 Ropz says he believes the Odense victory has lifted the pressure off mousesports’ shoulders.

Mouz breaking into the top 5 is also indicative of one of their players breaking into the top 5. Among their trio of young stars, Ropz has been a revelation. At the end of Mouz, ropz was in static decline. His game had stopped evolving and other teams and players had figured him out. In the Finn “karrigan” Andersden system, he has evolved.

From tournament to tournament, we’ve seen Ropz pull away from his passive style and start to mix in new aggressive plays and setups. This alongside his game sense and mechanics has made him an absolute monster. In Mouz’s run, he was the MVP of EPL 10, their best player at EPICENTER, MVP of Summit 5 (albeit a much smaller LAN), and second-best player at CAC. The only knock against him is that we’ve only seen ropz play at the highest levels in the month of December. It just happened that December was packed with LANs, and his performance was so incredible that he jumped straight into my top 3. We will have to see if he can continue this form coming into the new year. 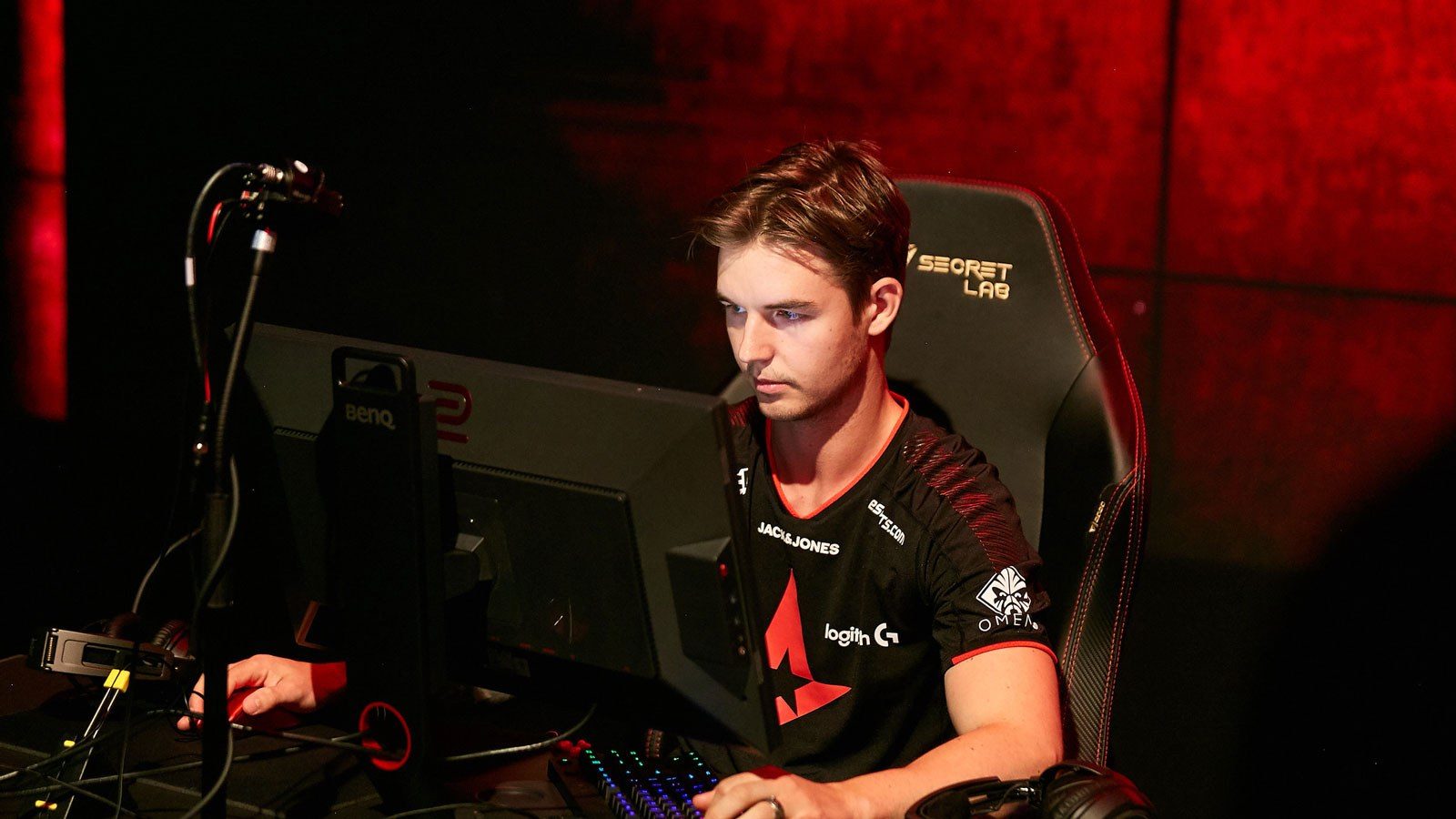 Dev1ce remains eternally consistent. While the MVP at StarLadder Berlin Major no longer counted, he just went to ECS 8 to pick up another one. He continues to be the most consistent player in history and it’s no surprise that he is the centerpiece behind Astralis’ success in the last few years. 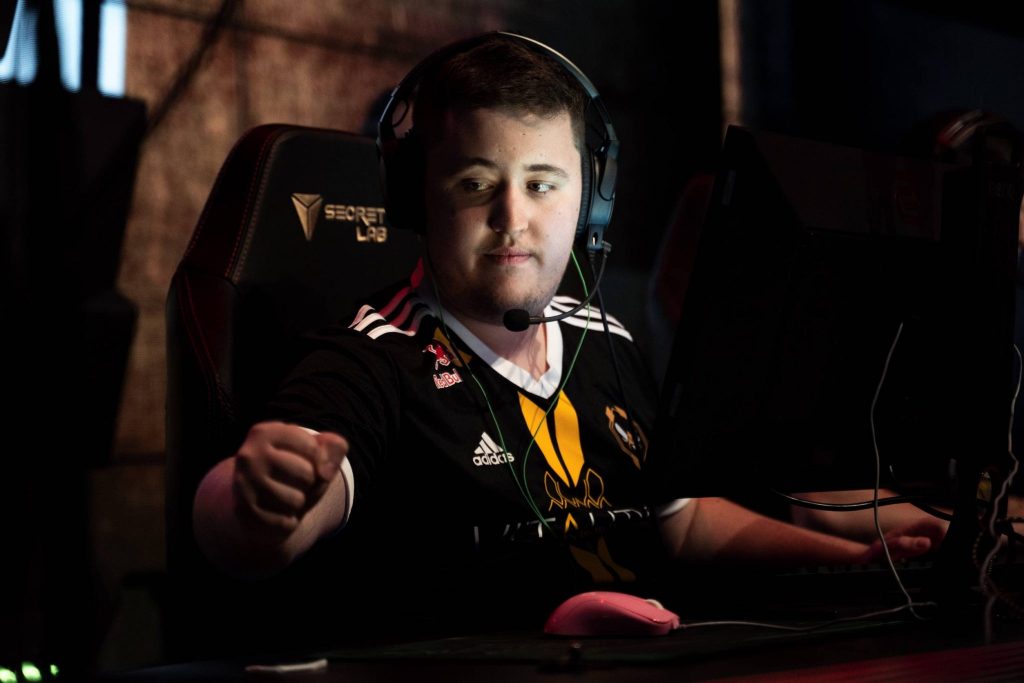 ZywOo remains the best player in the world. He’s added another MVP to his cabinet. What’s surprising about ZywOo is that Vitality hasn’t attended many of the LANs in the December sprint, but it didn’t matter. That might be the only mark against him, but if you look at the content of his games, he exceeds every marker. No one is as consistent, plays at such a high level, or is required to deliver at such a prominent level as ZywOo does in CS:GO. So while he may not have the raw game amount, he more than makes up for it in every other category. ZywOo is the best player in the world.