Stuchiu: The Astralis-Liquid veto points to where Liquid need to go for 2020 - Dexerto
CS:GO

Stuchiu: The Astralis-Liquid veto points to where Liquid need to go for 2020

Where does Team Liquid go heading into 2020 after being dominated at the hands of Astralis in CSGO?

Since Astralis beat Liquid at the StarLadder Berlin Major 2019, the two teams have played five more times. Astralis sweeped the rematches as they won all five bo3s. The ensuing map-veto war between the two sides sheds light on the power dynamic and potential solutions as to where Liquid need to go heading into 2020.

Before the Astralis Resurgence

Before we get into the map-veto dynamic at Berlin and beyond, it’s worth looking at how the Astralis-Liquid map veto played out before the break that led into the StarLadder Berlin Major. At that time Liquid were the best team in the world and Astralis hadn’t made their resurgence to contender form. The two teams played at ESL Proleague Season 9 Finals quarterfinals. In that matchup, the map veto was: 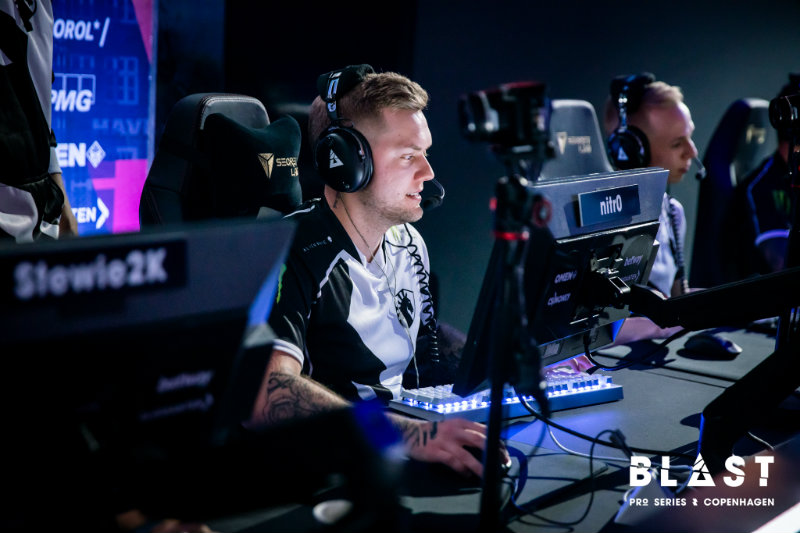 There was nothing surprising about the veto. Liquid always banned Train and in 2019 Astralis had shifted their ban to Mirage. Liquid first picking Overpass wasn’t surprising either as they were still the best team in the world at the time. Overpass was a punish pick and Liquid’s comfort pick at the same time. As for Astralis, they went with Inferno since that was the only map in their pool that had retained a modicum of their 2019 form. The rest of their map pool had degenerated through mid 2019. Liquid took out Nuke in the second phase as it was Astralis’ second best map. Astralis chose to ban Dust2 and let Vertigo be the final map. This final ban shows where Astralis’ head was at during this time period.

At this time Vertigo had just come into the map pool. No one had figured out how the map played out and underdog teams were using the map to try to upset favorite teams. Astralis were no exception as they realized Dust2 was a favorable Liquid map (probably their 2nd best during this period), so they tried to pull a fast one on Liquid. Liquid won the series 2-1, though Astralis beat them on Overpass 16-12.

The StarLadder Berlin Major playoffs marked the resurgence of Astralis. While they weren’t as good as their Astralis-Era forms, they were close enough to once again become the best in the world. What’s interesting about the StarLadder Berlin Major was that Astralis had some luck on their side. The Major format used Swiss groups with bo1s in the first two stages. In the bo3 stage, Astralis didn’t reveal any of their trump cards of Overpass and Vertigo in the group stages. Overpass was the third map of the EG-NRG series, but NRG won the series 2-0 so Overpass never got played. Astralis got to hide their revamped T-side. Astralis played Vertigo against CR4ZY in the following bo3, but it was a large T-side stomp. Astralis won the half 11-4, won the pistol, converted and closed the map before anyone could sense what their CT-side was like. This is critical as the Vertigo CT-side was what shut down Liquid later on, so that extra bit of information could have swayed things.

When Astralis played Liquid in the quarterfinals, they pulled out an ambush in the pick-ban:

Astralis first picked Vertigo. Liquid then answered back with Overpass. In retrospect, we know that Liquid’s Overpass had dropped off, but at the time, it was the best theoretical choice at the time. Overpass was a problematic map one of Astralis’ weaker maps in their Era and it had only gotten worse in 2019. On the flipside, Liquid’s dominance came off the back of their dominance on the map. The rest of the map veto played out as usual. In the ensuing series, Astralis ambushed Liquid twice. They used a flank heavy and strong CT-side setups that Liquid had never seen and had no answer for. On Overpass, Liquid had a brilliant T-side, but Astralis had concocted nigh unstoppable B hits and contact plays that completely destroyed Liquid’s CT-side and won the series 2-0.

Astralis’ victory at Berlin shifted the power dynamic between the two teams. We saw this displayed at ESL New York where the map veto had once again changed:

Astralis started to use Vertigo to punish pick Liquid. As for Liquid, they couldn’t come up with any answers for Overpass and in the remaining part of the year, Overpass became one of Liquid’s weaker maps. From this point on Liquid reverted to either Dust2 or Inferno. At New York, Liquid opted for Dust2. Astralis took out Inferno so that they could minimize Liquid’s strength (that was the closest to a 50/50 map in the remaining three maps). Liquid had to pick their poison between Nuke and Overpass and opted for Overpass. 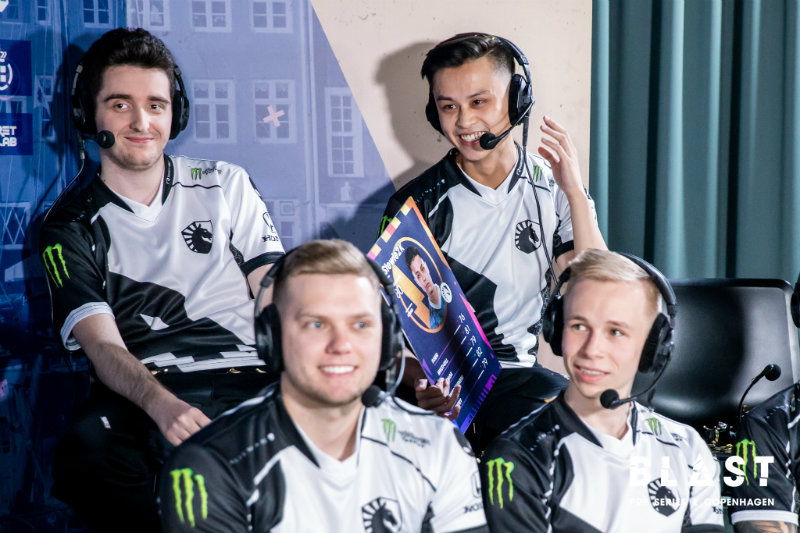 Liquid did a good job on the CT-side of Vertigo, but when it came to the T-side, Astralis were one step ahead. They had changed their CT-side setups in preparation for the rematch and were one step ahead of any adjustments that Liquid had made. Liquid won Dust2 and Astralis closed the series in a close 16-13 victory on Overpass.

Liquid Setup their own Ambush

All is fair in love and war, so when Liquid went to ECS Season 8, Liquid used Astralis’ Berlin map-veto strategy against them. In the ECS Season 8 semifinals the map veto was:

Liquid ambushed Astralis here. This was a scenario that none of them saw coming. After the map veto, Danny “zonic” Sorensen tweeted:

When you think everything is going according to plan, you might get ambushed. We just got by @TeamLiquid ?

The move made a lot of sense. The architecture of Vertigo had changed and that put a small reset on the map’s meta. As for Astralis they went for Nuke. The second phase had Liquid take out Overpass and Astralis taking out Inferno. Among the remaining map vetoes, this was Liquid’s most impressive. It showed a willingness to take risks and it changed the dynamic of map vetoes going forward.

While the ambush was successful, it wasn’t matchup breaking like when Astralis picked Vertigo at Berlin. The difference was the quality of wins the two teams had. When Astralis won Vertigo at Berlin and New York, they outclassed Liquid on the map tactically. So Vertigo felt like a true punish pick as each time Astralis picked it, it felt like Liquid were likely going to lose the map. When Liquid picked the map here, they barely won the map 19-15. While Liquid won, it only put enough fear in Astralis’ heart to second phase ban it. As for the series itself, Liquid couldn’t capitalize on their successful surprise attack as Astralis won the remaining games.

After the ambush at ECS Season 8 Finals, the map veto hit equilibrium. The pick-ban remained the same for the final three matches at ESL Proleague Season 10 Finals and BLAST:

Both teams had figured out what they could get away with in the map veto. Liquid’s Vertigo ambush worked, but it wasn’t a punish pick or a map they were necessarily comfortable with. Instead they opted for Inferno which is probably their best map now and one they play Astralis close on. Astralis have continued with Nuke. I wrote extensively about this in another article, but suffice to say, Astralis get to dictate their slow pace map control lurker style on the T-side and on the CT-side Astralis have great reads on Liquid’s slower default T-side as they can read where Liquid want to hit, when their lurker is coming, and where to rotate.

The second phase veto shows the evolution of each team’s experiences in their battles against each other. Liquid now have to second ban Overpass as they’ve completely lost the map and Astralis don’t want to get into another brawl on Vertigo, so they opt for Dust2.

Overall, this map veto favors Astralis as they should win Nuke most of the time, but Liquid have chances to win Inferno and Dust2. Despite multiple close encounters, Astralis have stayed a step ahead.

What the Map Veto tells us about Liquid 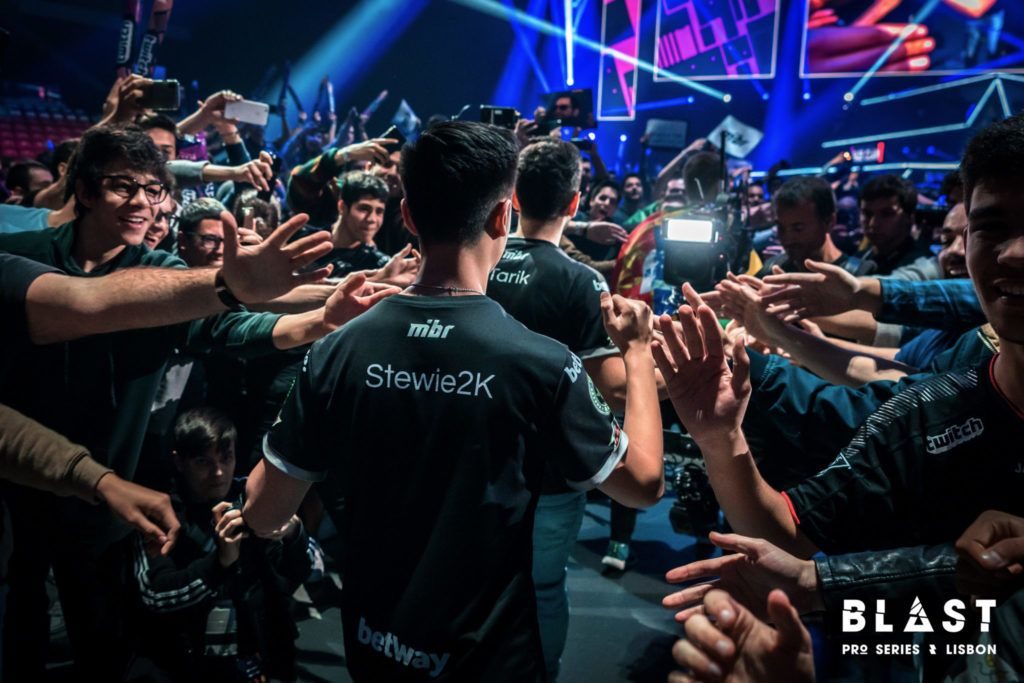 What’s interesting is that Liquid’s problem in the map-veto mirrors similar conceptual and tactical problems they are having against Astralis as well. Liquid are usually good enough to give Astralis a close match (notably ESL New York, EPL 10, and the first round at BLAST), but they feel like they are playing from a position of weakness rather than equality or strength. If this was chess, it feels like Astrlis are playing black while Liquid are playing white. Liquid are always a step behind. Astralis pulled out Vertigo and Overpass to overtake Liquid at Berlin and New York. Liquid were able to wrest some control back with their own Vertigo ambush, but that has only left them competitive rather than on equal footing.

The tactical problem is similar. In general, Liquid play a bit too closely to the Astralis style against Astralis and this has resulted in close games, but no series victories. Liquid’s slow default style is good, but it plays perfectly into Astralis’ control style and thus creates the types of rounds that Astralis thrive in. This is why in earlier encounters on Nuke, Astralis blew out Liquid. This only changed at BLAST Finals where Liquid started to mix in much faster takes of yard to speed up the pace of the game. While Astralis can still read Liquid’s movement on the map, it at least avoids those slow lurker rounds that Astralis almost always wins.

Where to now for Liquid?

As it stands now, Liquid should be able to eventually grind out some series victories against Astralis, but the majority of encounters will go Astralis’ way. For Liquid to take control of the matchup, they need to take initiative on all-fronts. Their style is close enough to create close games, but it needs more explosiveness and pace to take out Astralis. As for the map veto, Liquid need to expand their map cool to take control of the map veto.

Liquid are good at both Dust2 and Inferno, but it’s unlikely that they can create consistent dominance given everything we know about the maps and CS:GO history. Mirage is out of the picture as it’s Astralis’ permaban. This leaves only: Train, Overpass, and Vertigo. Liquid either need to learn Train, resurrect their Overpass, or hone Vertigo to a point where it they can create a consistent path to victory.

These are critical questions for Liquid to answer as they are the keys to their success. Not only against Astralis, but the world at large. Whatever answers they find between now and when the season starts up again will likely determine how successful they will be going into the early part of 2020.