Stuchiu: The arT of Space Creation

FURIA is one of the most entertaining and polarizing CSGO teams in the world. Depending on their results, they are either overhyped or criticized for their ‘gimmicky’ playstyle.

FURIA play a unique way, and like ODB, they have no father to their style. The root of their play comes from Andrei “arT” Piovezan and his ideas on space creation.

When asked in interviews about his style of play, arT often talks about space creation. He told HLTV, “I think that something that people don’t see is that when you make an aggressive play, it is not like a 50-50 play, it is more like a 70-30 or 80-20, because even if you die, you can create enough space for it to be worth the death.”

While the concept of space is a fundamental principle in CS:GO, arT has pushed it to another plane. It is one thing to make space and it is another to throw away a player and create a 4v5 situation. The best way I’ve come to understand arT’s conceptualization of space is through Dota2 and the 6 position player Johan “pieliedie” Astrom.

Space creation was a meme that turned into reality in 2014. At that time Cloud9’s support player was pieliedie. In Dota2 there is not enough gold to satisfy everyone, so teams had to allocate their resources. This eventually created the 1-5 system, where the 1 position got the most gold and the fifth position, the least. 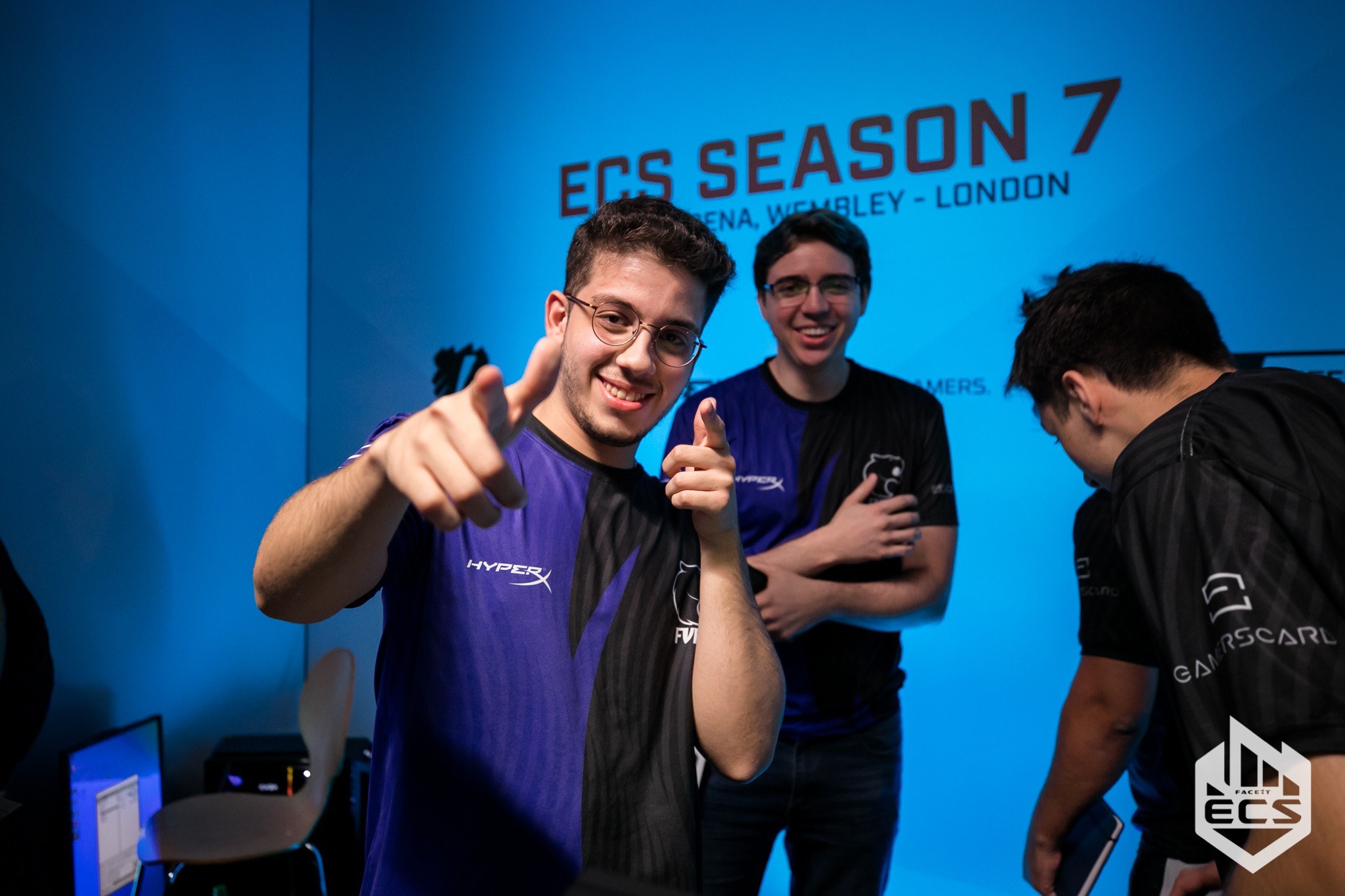 Cloud9 and pieliedie then created a new way to play the 5th position. Pieliedie played a sacrificial interference style. He constantly made plays around the map in the early stages of the game. On the surface, this seemed like a high risk maneuver as he could either win the game or constantly feed kills to the enemy.

The ingenious part of the strategy was that pieliedie was creating gold disparities in favor for his team even when he was feeding. Enemy teams often committed too many resources in terms of players and time to hunting him down. So while they got the kill, they lost out on the overall map as the core Cloud9 players got to farm creep waves unmolested and take control of the creep waves.

This came at a cost to pieliedie as he was so poor by the end of the game, people started to call him the 6 player to denote how little gold he had compared to everyone else.

While Dota2 is a radically different game from CS:GO, this idea of space creation is applicable to how arT seems to conceptualize FURIA’s tactics and setups. 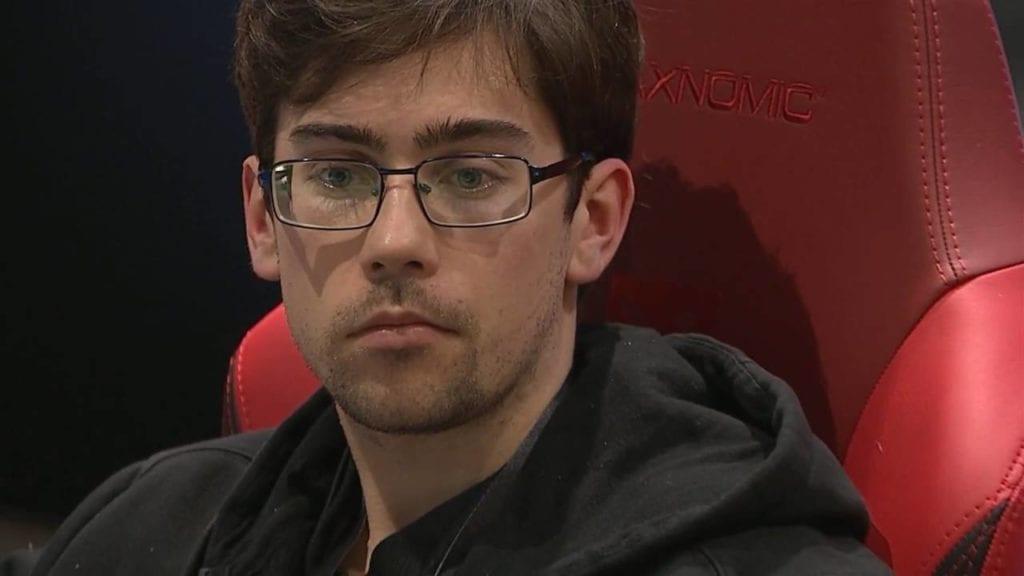 It is easiest to see FURIA’s space creation on their CT-side. We saw it throughout their StarLadder i-League Season 8 run. It was one of the key factors why they beat teams like Vitality and G2. Against Vitality on Nuke, arT was playing the aggressive space-creator.

In the 20th round, arT played in an exposed position near the fan. He got the first kill with his AWP, but was traded as Vitality had two players outside. This left FURIA in a 4v4 situation, which is disadvantageous for the CT-s.

However, by making this play, arT got the information about Vitality massing players outside. arT then communicated this to the rest of the team. At this point, Henrique “HEN1” Teles pushes ramp room, Kaike “KSCERATO” Cerato pushes hut, and Vinicius “VINI” Figueiredo pushes squeak.

This was a good call as Vitality like to play the 4-1 with Cedric “RpK” Guipouy holding lobby. KSCERATO then killed RpK leaving FURIA in a 4v3 situation and FURIA in the advantage. Another example of this was FURIA’s game against G2 on Mirage.

Throughout the half, G2 had been mass rushing mid control with four players. In response to this, FURIA played a 2-1-2 setup where they had arT play in the mid smoke by himself.

ArT came out of the mid smoke and got a kill, but it was a one and done position as G2 quickly traded the kill. Again this move theoretically should favor G2 as they are in a 4v4 with mid control, but by arT confirming what tactic G2 was using, the FURIA players pushed B halls and palace with impunity.

While I’ve focused on arT’s impact as a space-creator, this characteristic isn’t unique to him. FURIA’s entire lineup has similar aggressive tendencies, so when someone like Yuri “yuurih” Gomes or KSCERATO make an aggressive play, the rest of the team abuses the space in a similar manner.

ArT uses a similar concept of space creation when calling on the T-side. The best example of this was his game against G2. On Vertigo against G2, FURIA were running into a wall against G2’s CT-side. On a half-buy, FURIA decided to pull out a B execute they had been saving up to that point. It got them the round win and FURIA dictated the rest of the half with this B execute.

G2 tried to improv a counter for it and when that failed, they tried to pre-empt it with aggression. That didn’t work either as arT had read their aggression and called for a slower default to setup his players for favorable duels. In the final round of the game, he then used the space created by his B execute to throw a fake.

The team used the same execute but had yuurih do an aggressive risky push into the A-site on the idea that G2 would be so worried about the B execute that the A players would rotate earlier. The gambit worked and FURIA took the map.

FURIA’s T-sides often play off extremes like this to create space for their tactics. They will use fast aggressive rushes to force the other team to expend their utility earlier in the round. In turn, they then revert to a slower set-piece to abuse the space created by their faster players. 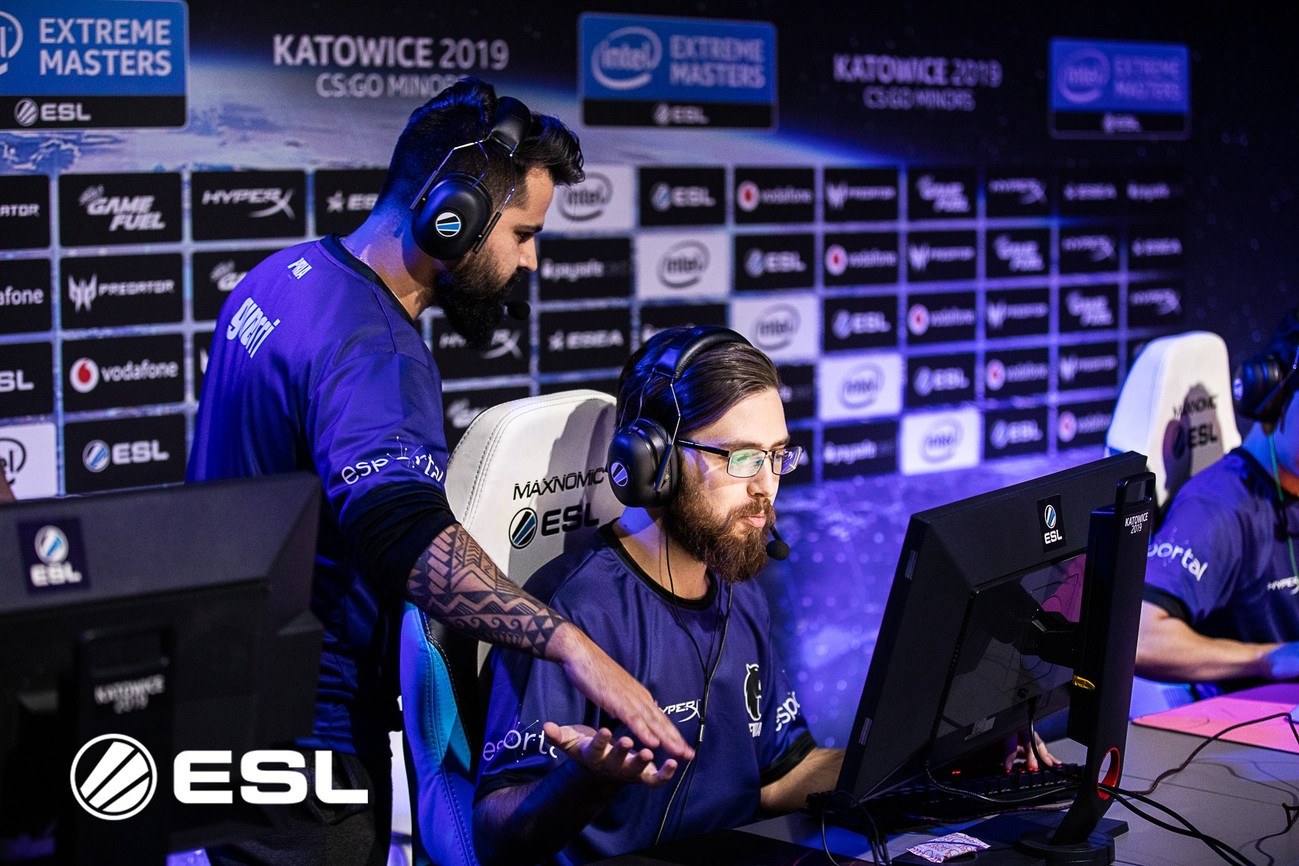 While I’ve shown examples of how well this style can work, it also brings greater risks compared to the standard CS approach. For instance, if you consider the 2-1-2 default that FURIA used against G2 in the round I described earlier, it could have gone terribly wrong if G2’s lurker was in palace or B halls as they would have gotten the favorable position to win the aim duel. This is probably why no team before this has ever come up with this particular style as the risks are anathema to the standard meta.

ArT even talked about this in a HLTV interview, “I heard that from a Brazilian team that came from Europe, that practiced there for a month, and we played against them in my second scrim with FURIA. One of the guys just said ‘arT, you are playing CS wrong. That is all wrong. That is not how you do it. We played in Europe and that is not how you play’.”

While FURIA’s style is wrong for nearly every other team in the world, it is perfect for FURIA. They have a bunch of skilled individuals who have the mindset of creating space and exploiting it. What’s more, FURIA’s style comes with rewards as well. Specifically, their style is so unique that very few teams will have ever experienced it first-hand. It is also the perfect style to upset or beat structured map-control teams.

Consider for a moment all of FURIA’s best upsets from DreamHack Dallas to now. They beat Astralis twice at ECS Season 7 Finals. Fnatic and Vitality at DreamHack Dallas. AVANGAR, Vitality, G2, and Renegades at StarLadder Belek.

By and large FURIA has good matchups against teams with structured map control styles because their aggressive risky style lets them exploit space to its fullest extent.  ArT himself seems to recognize this as he told HLTV, “I prefer to face teams like Astralis, who are more tactical, because our style is really effective against a structured team.”

Conversely when FURIA don’t win their duels or don’t go up against a map control heavy team, they can be exploited. Kevin “Ex6TenZ’ Droolan’s GamerLegion beat them at Moche XL Esports. They had no answer for Na`Vi at ESL One Cologne.

They lost in the Challengers Stage of the StarLadder Major and lost to Sprout at Games Clash Masters. Though all of those losses was during the period when they had Rinaldo “ableJ” Moda instead of HEN1. Even so, the results shows that while FURIA’s style has great rewards, it also comes with great risks. 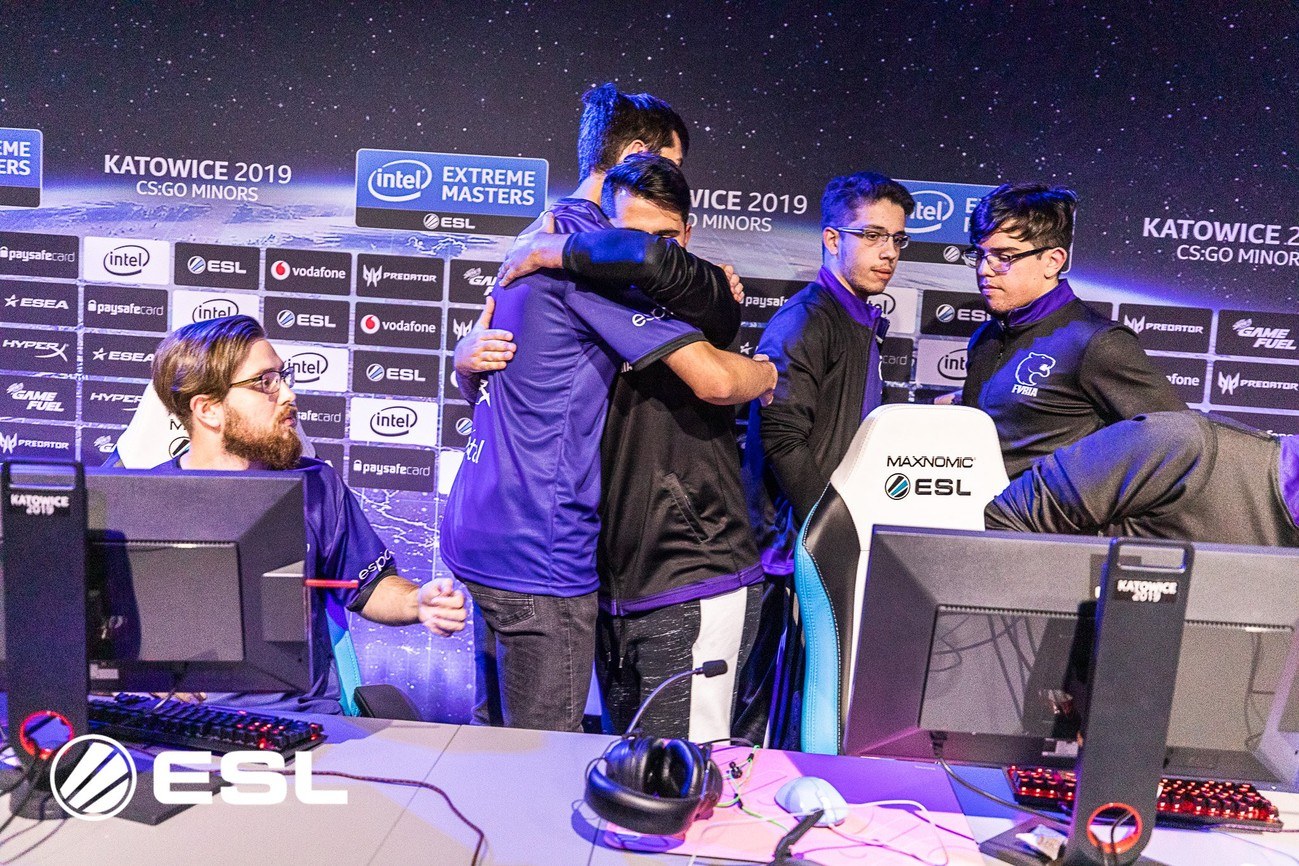 ArT’s space creation has been a marvel to watch manifest. He used this style to bring together the next wave of Brazilian players to the world stage. It is a style unique to them. It is their greatest strength and their greatest limitation. For FURIA to progress to the next level, they need to reach another evolution in their play.

We’ve already seen part of that evolution come through with HEN1 joining the team. HEN1’s plastyle fits perfectly with the mentality and color of the team. He’s also given the team an immediate boost in skill and is starting to play better than he has in years.

The other players are starting to come more into their own, particularly KSCERATO and yuurih. Perhaps the boost in skill will allow FURIA to break into the next level. Or perhaps they will start integrating different playstyles into their repertoire similar to what Luminosity Gaming did when they hit the world stage. For now though, enjoy the spectacle that is FURIA.

No one in the world plays as they do. Their ideas of space-creation has been a breath of fresh air in a competitive space are one of the most enjoyable teams we’ve ever had the pleasure to spectate in CS:GO.