Brazilian CS:GO squad MIBR have announced that they have parted ways with Lucas ‘LUCAS1’ Teles, who will be replaced by young Argentinian talent Ignacio ‘meyern’ Meyer.

Meyern joins from Sharks Esports, who most recently appeared at the ESL Pro League Season 10 Finals and the ECS Season 8 Finals.

The 17-year-old doesn’t have much experience competing at the highest level, with those two events and an appearance at DreamHack Masters Dallas earlier in the year making up the full extent of his experience in tier one tournaments.

The professional player has been identified by MIBR as a rising talent, however, with head coach Wilton ‘zews’ Prado stating that he’s been following him for “four or five months” and highlighted that the team needed new blood with a playstyle fitting the faster pace of modern Counter-Strike.

The change is the latest in what has been a rather turbulent second half of 2019 for the MIBR roster. With former star player Marcelo ‘coldzera’ David having stepped down from the team in July, the team brought in both Vito ‘kNgV-‘ Giuseppe and LUCAS1, who replaced João ‘felps’ Vasconcellos, in September.

After three months without a huge success at a major event, however, MIBR are looking to switch things up again as they continue to search for a way back to the dominant position they once held.

With this latest move, the team will undoubtedly have their eye on working towards the next Major, which will be held by ESL in Rio de Janeiro, and for which MIBR are already qualified as a returning challenger. 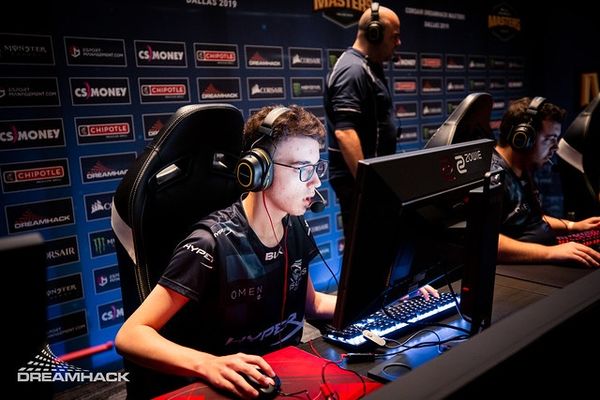 The first outing for meyern with MIBR will actually be very soon, as he’s set to represent the squad at cs_summit 5, which kicks off on December 12. The event will also see the debut appearance of the new OG CS:GO squad, featuring the likes of Aleksi ‘Aleksib’ Virolainen and Nathan ‘NBK’ Schmitt.

Meanwhile, no announcement has been made regarding the next destination for LUCAS1.