A crazy day of matches saw reigning major champions Cloud9 eliminated from FACEIT London, and MiBR were humbled in a brutal 16-0 at the hands of Astralis.

The day started with BIG Clan overcoming Hellraisers, winning 16-9 on Train, but Hellraisers are still in with a shot, sitting at eighth in the standings, with a two and two record.

NiP took care of Vega Squadron on Train also, leaving the Russian/Ukranian squad with a 1-3 record, eliminating them in 12-14th.

FaZe Clan made quick work of TyLoo, eliminating them also with a comfortable 16-4 win, ending an impressive run for the Chinese hopefuls.

Na’Vi and Fnatic was hard to predict, but Na’Vi’s Denis ‘electronic’ Sharipov stepped up in the fragging department, as his usually unstoppable teammate Aleksandr ‘s1mple’ Kostyliev was unusually quiet.

Next up was easily the match of the day, as G2 and Cloud9 battled on Inferno, which almost like clockwork went to Overtime. Cloud9 fought valiantly, but couldn’t clutch up in the crucial moments, losing 22-19 and failing to make it to the new Champions Stage.

The final game was finely poised, as Made in Brazil faced their toughest test of the event so far with favorites Astralis looking in top form.

But it wasn’t close at all in the end, as Astralis won the first ever 16-0 in CS:GO Major history, looking absolutely peerless on the CT side of Dust 2. 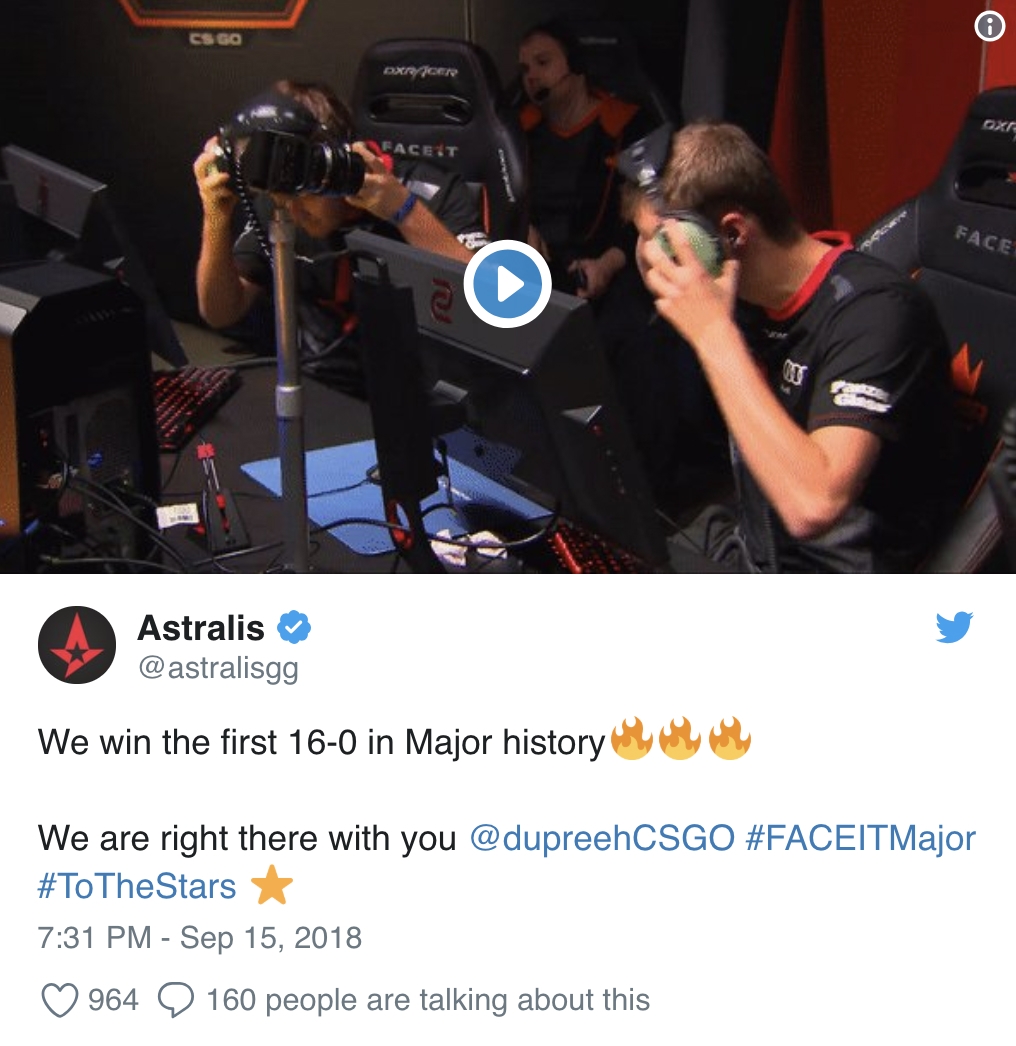 It leaves only 12 teams remaining to fight it out for their spot in the New Champions Stage, which will take place at the SSE Wembley Arena, with the top eight from the Legends Stage making through.

For North American fans, Cloud9 may be gone, but Team Liquid are going strong, as are the surprise package in CompLexity, with both teams taking 2nd and 1st spots respectively in the current standings.

MiBR will have their opportunity to bounce back against NiP tomorrow, but FalleN and new coach YNk will have to seriously rethink their strategies after their crushing loss vs Astralis.