DreamHack has announced the groups for the DreamHack Masters Stockholm CS:GO tournament, which is due to begin on August 29.

The current number one team, Astralis, will head up Group A alongside another Danish side, North, as well as Grayhound and TyLoo.

Group B will feature Na’Vi, NRG, NiP and Ghost Gaming. Group C will be home to two more Danish teams in the form of OpTic Gaming and Heroic alongside the Swedes of Fnatic and the international stars of FaZe.

Finally, Group D will include Mousesports, MiBR, HellRaisers and Gambit. This will be MiBR’s first event since adding Janko ‘YNk’ Paunović as a coach. 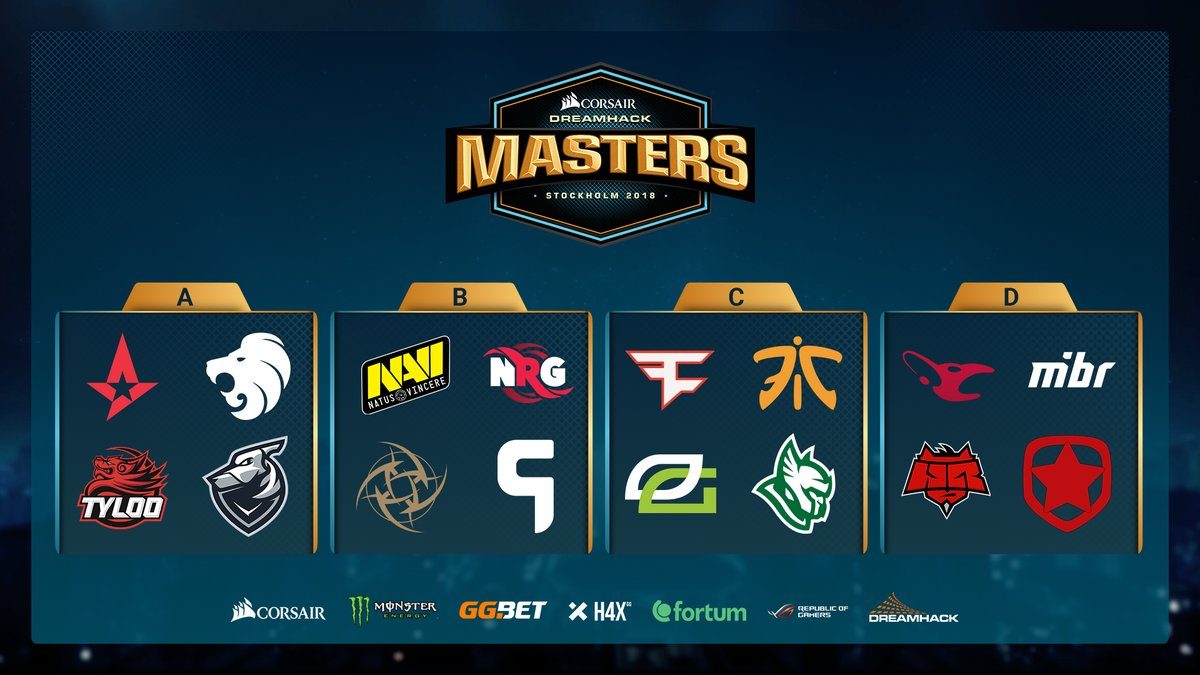 With one of the most stacked lineups in recent memory, all four groups promise to produce some incredible matches.

The top two teams from each group will advance to a single-elimination playoff bracket with all knockout matches being best-of-threes. DreamHack Masters Stockholm will conclude on September 2.

If recent form is anything to go on, the Astralis players will go into the tournament as the clear favorites while teams like FaZe Clan and Natus Vincere will be seen as potential spoilers of the Danish party.

The groups for DreamHack Masters Stockholm 2018 are: