GeT_RighT apologizes after posting picture in US Marine uniform

CS:GO veteran Christopher ‘GeT_RighT’ Alesund has apologized after being criticized for wearing a US Marine uniform in one of his Instagram posts.

GeT_RighT, who is one of the most iconic players in CS:GO, found himself on the receiving end of some backlash after he had the opportunity to try on a US Marine uniform.

The Ninjas in Pyjamas star shared a few photos with fans on his Instagram and Twitter while wearing the uniform but quickly received some harsh responses from a handful of his followers. 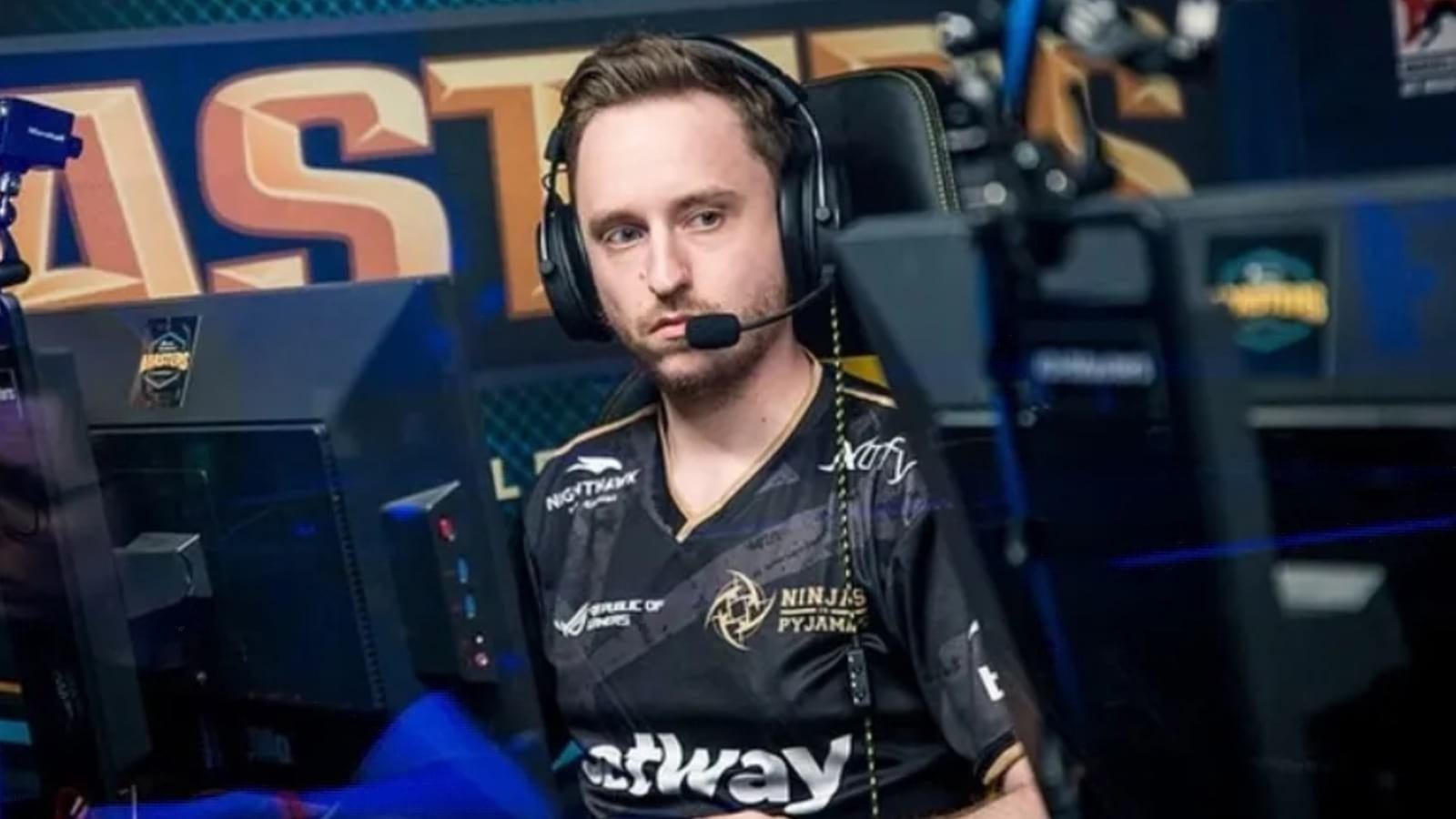 GeT_RighT is one of the most popular CS:GO pros.[ad name=”article2″]

In the post titled “Captain”, the Swedish pro was ironically displaying a former sergeant major’s US Marine Corps uniform who had given him the chance to try it on.

However, some fans began to criticize GeT_RighT’s choice of attire in the comments, such as one saying, “You lost a long term fan, you didn’t earn that uniform.”

GeT_RighT then explained to fans that his post was not meant to be disrespectful towards those that have served in the military and expressed that he just wanted to share his chance to try the uniform on with his fans. 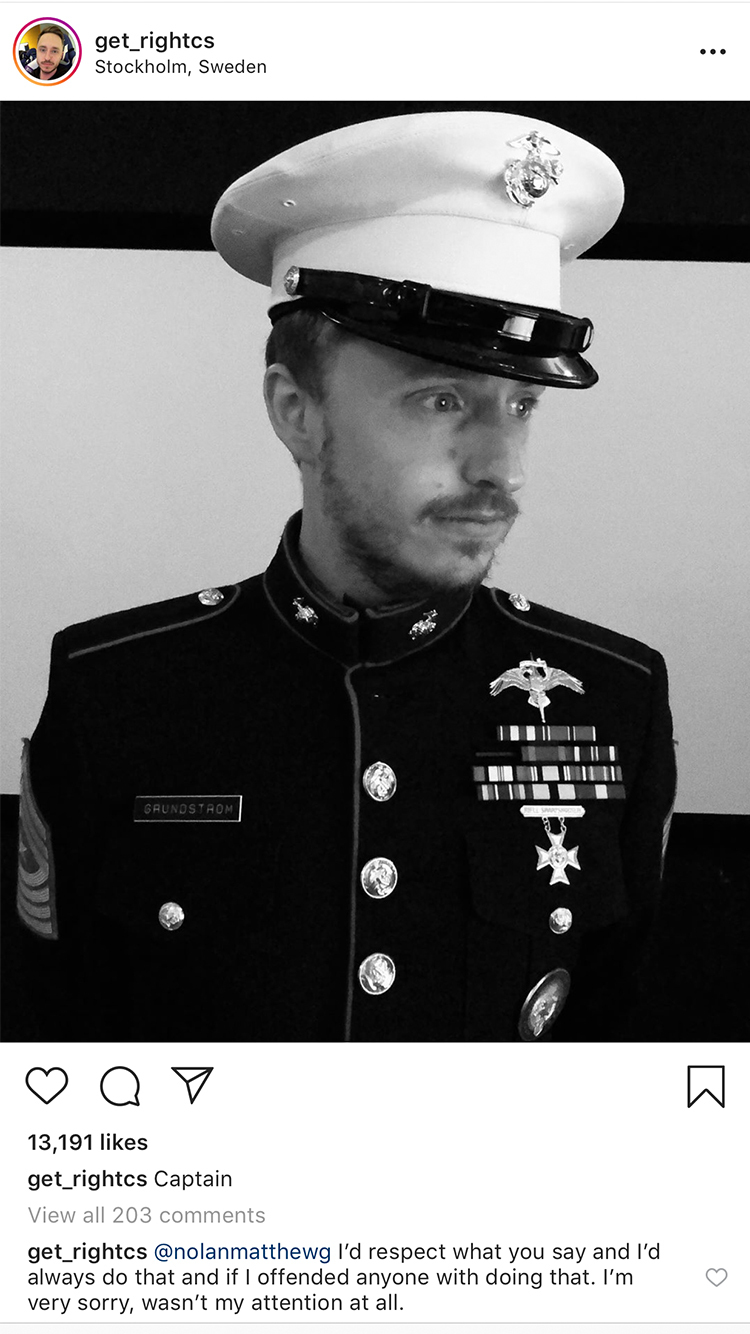 “It’s not about that brother, I got the chance to try it out and nothing more. You can hate me/feel like I’ve disrespected you after that and that wasn’t something I would never want to do”, GeT_RighT wrote.

When responding to another fan who detailed why trying the outfit on could be seen as disrespectful, GeT_RighT issued an apology to those who were offended by his posts and claimed that he had no intention of doing so, “I’d respect what you say and I’d always do that and if I offended anyone with doing that. I’m very sorry, wasn’t my intention at all.” 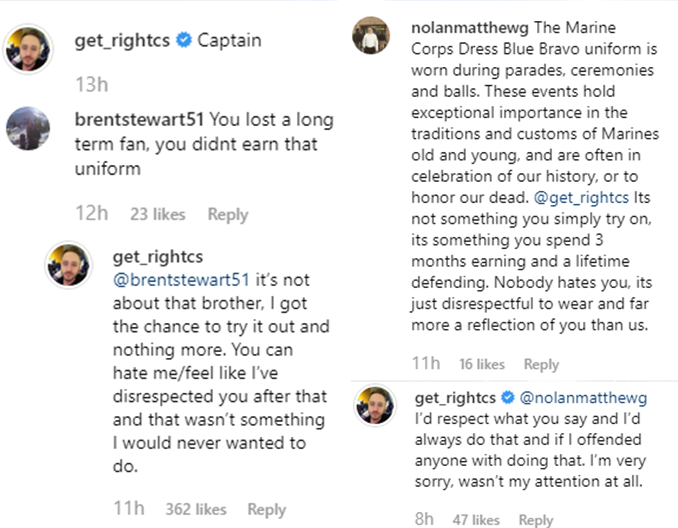 Responses to GeT_RighT wearing the US Marine Corps uniform.[ad name=”article4″]

Despite some of the criticism, the majority of the Swedish star’s followers responded positively for GeT_RighT’s latest posts with one even calling him “the CS:GO Major”, playing off the name of the year’s biggest tournaments.

GeT_Right, who has one CS:GO Major victory and five Major final appearances to his name, will be looking to live up to his new fan-given name as “The CS:GO major” at the StarLadder Berlin Major 2019.

The Swede will be getting into action during the Legends stage of the tournament on August 28, due to their Top 8 placing at the previous major, IEM Katowice 2019.