Former Counter-Strike pro caught cheating on stream due to reflection in his glasses - Dexerto
CS:GO

A former professional Counter-Strike 1.6 player Kristoffer ‘Faken’ Andersson has been caught cheating during a match which he was streaming on Twitch, after his screen was reflected in his glasses.

Faken, who was a professional player back in Counter-Strike 1.6, was caught using wall-hacking cheats, in a Twitch clip which was circulated widely online on March 24.

Faken has not returned to professional level in CS:GO, with his only notably appearances at tournaments being open qualifiers for minor events like DreamHack Tours 2016, where he fell short to teams such as the former PENTA Sports roster. 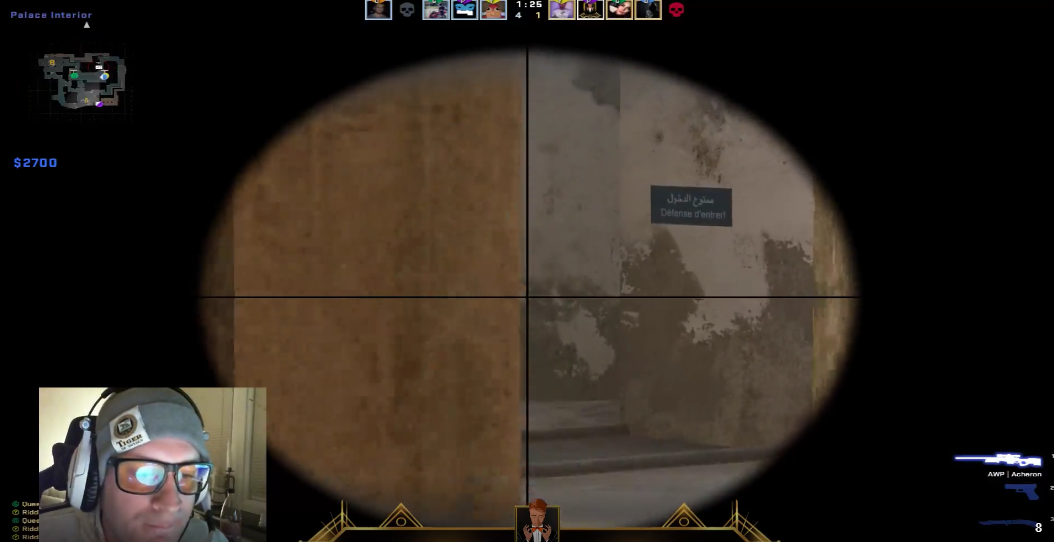 The reflection in his glasses was a dead giveaway.
[ad name=”article2″]

Faken was streaming a competitive pick-up game on Mirage, when his glasses indicated that he was in fact cheating in-game, allowing him to see the enemies through cover, while they are hidden from his sight.

About four seconds into the clip, while Faken is holding a tight angle with an AWP from Palace, his webcam reveals a red player model that can be seen moving in the reflection of his glasses – despite the player not actually being visible from his view at that time.

Faken’s Twitch channel is no longer available, although it is unknown if this was done by his own accord or by way of punishment from Twitch. At the time of writing, he has not made a statement about the clip which surfaced.

Many viewers are questioning just how long Faken could have been cheating for, and if there are any more notable names in the CS:GO competitive scene who are getting away with cheating to this day.

Valve handed out a huge number of bans in the month of December 2018, as they shattered their record with over 1.6 million accounts receiving game bans for in-game cheats, such as wall-hacking, have become even more accessible to players.

Since Counter Strike: Global Offensive has been made free to play back on December 6 of 2018, it has seen an influx of cheaters as the punishment of being banned was less of a deterrence.