FACEIT have officially announced that their new CS:GO B Site League’s is named FLASHPOINT, while also revealing the official format and broadcast talent that will be used in the inaugural season.

The “next generation of CS:GO competition” has officially been announced, as B Site Inc. and FACEIT have revealed the official branding and format for their highly-discussed ‘B Site League’ project.

Titled FLASHPOINT and officially announced on February 5, its creators revealed that it’s less of an actual league and more of a “tournament series” that culminates in a double-elimination bracket.

It’s time to reveal the next generation of CS:GO competition. pic.twitter.com/UBifU8Ilwu

FLASHPOINT will consist of 10 partnered teams, as well as two teams that qualify from open qualifiers.

A report from the week prior also revealed that teams competing without organizations will receive monthly stipends from the league, should they qualify.

The series will consist of two phases, and each phase will consist of three groups of four teams each. Captains of each team will decide the groups in a selection show before the phase begins, after the top three seeds are randomly distributed between groups. 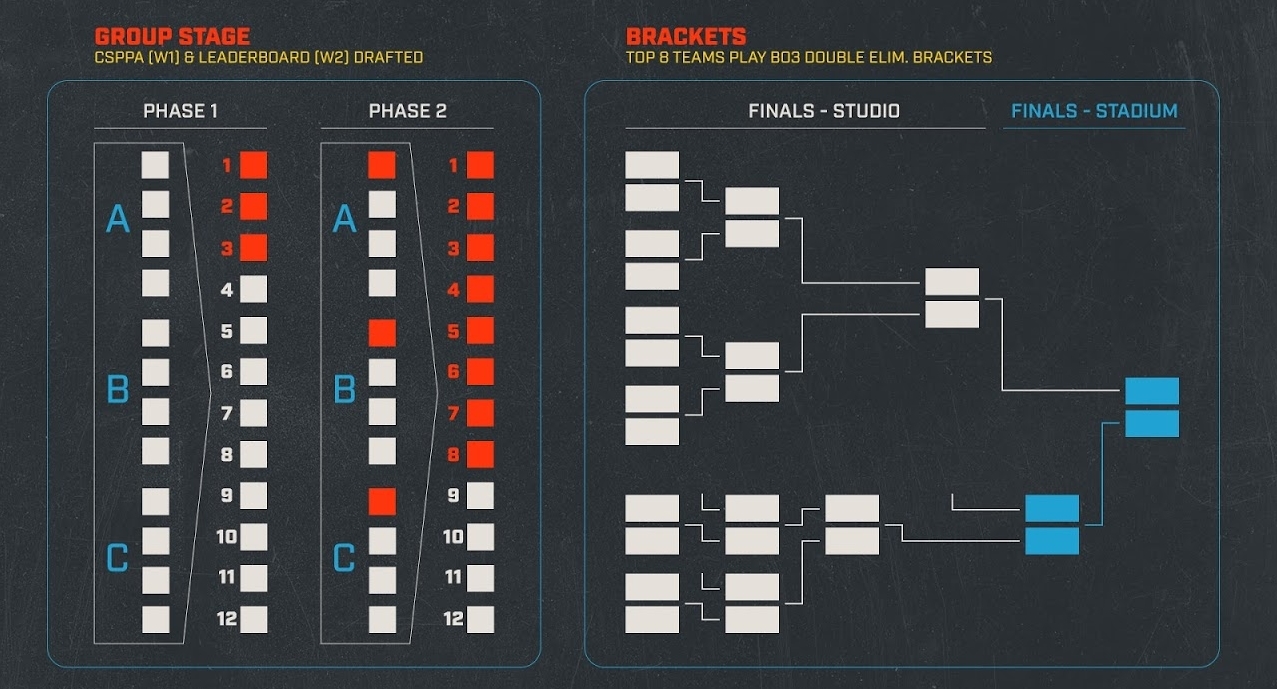 Each group will then play a double-elimination style format, and the results of that tournaments series will determine how groups are decided for the next series.

The tournaments’ results also determine the number of playoff points earned, and the top eight teams in playoff points will qualify for playoffs. Those eight teams will compete in a double-elimination playoffs bracket. All matches in all series will be a best-of-three format.

This whole process is thoroughly explained in the video below:

So far, Dignitas, MIBR, Gen.G, and MAD Lions have all officially announced their partnerships with FLASHPOINT. The Dignitas announcement reveals that the series will “take inspiration from UFC and WWE,” and will feature $2 million in prizes during 2020.

c0ntact Gaming, who recently acquired the CR4ZY roster, are also rumored to be one of the league’s partnered teams, but the full list of participating organizations hasn’t been revealed.

FLASHPOINT is scheduled to begin in March. We will provide more updates regarding exact start dates and other partnered teams as the information becomes available.