The ESL One New York tournament will see eight of the best CS:GO teams in the world face off in the Barclays Center, and the first-round matchups feature some enticing battles.

Eight teams will descend upon the Barclays center for the September 26-29 weekend.

Two days of group stage play and two days of playoffs will determine who walks away with the lion’s share of $200,000 and an all-important victory in season 3 of the Intel Grand Slam. Team Liquid already has one Grand Slam victory from IEM Chicago.

Team Liquid are right at home at IEM events. They dominated IEM Grand Slam season two. They’ve won the first event of season three. But they’ll be looking to re-assert their dominance after an early playoff exit at the Berlin major, as well as avenge their ESL One NY grand finals loss to mousesports from last year. eUnited fought their way through the open and closed NA qualifiers to make it to New York, and will have a tough task of trying to upset the world’s number one team.

Both of these rosters are on the precipice of being considered contenders, but are both going through changes. ENCE’s debut for suNny at BLAST Moscow was a disaster; losing in embarrassing fashion to forZe and only picking up win against an NiP team that is a shell of its former self. G2 will be playing with kioShiMa as a stand-in, while transfer talks with Vitality over shox continue. 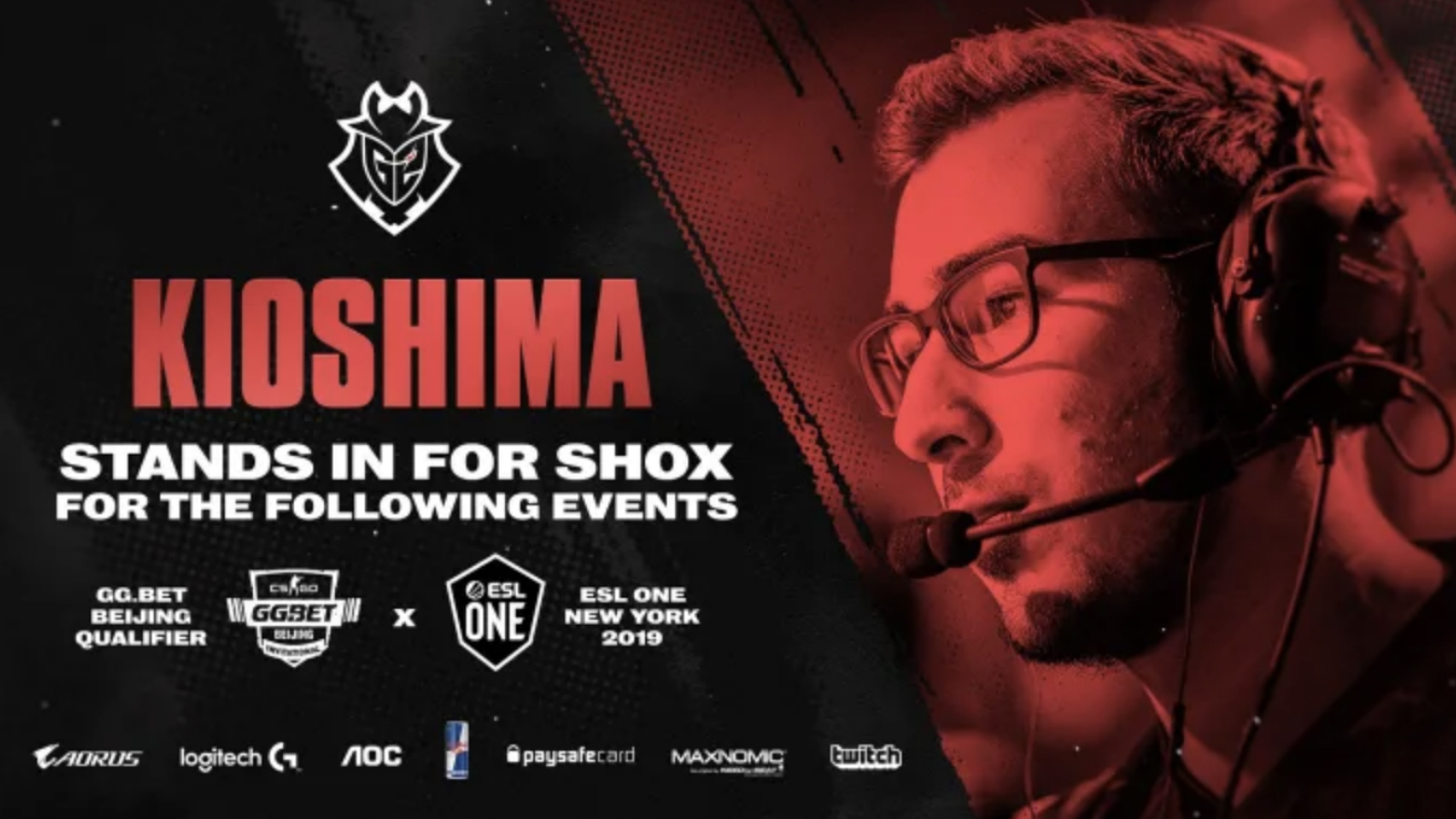 kioShiMa will stand in for G2 in New York.
[ad name=”article3″]

It’s a Danish deathmatch in the first series of Group B. Astralis is looking to begin another championship era after winning the StarLadder Berlin major, and want to take home another Intel Grand Slam. Despite falling short of qualifying for the EU minor and the Berlin major, OpTic rallied to win the DreamHack Open in June, and then qualified for ESL One NY with a win at the GG.Bet NY Invitational. cajunb will face off against his old squad as he continues to stand-in for OpTic.

This is an instance of one team with a clearly outlined future facing a team that still has to answer a lot of questions. NRG Esports are looking to continue to build momentum after a run to semifinals of the Berlin major and obtaining a top three world ranking.  FaZe are still in the process of acquiring a full lineup for this event, having released NEO and sent GuardiaN back to Na’Vi. At this time (September 21st) broky will be playing on trial for FaZe, but they still need a fifth.

ESL One NY will use a double elimination group stage format for two groups of four. The two teams that advance from each group will go to a single-elimination four-team playoff. The semifinals will feature 1st place and 2nd place from opposite groups facing each other. Prior to the grand final, there will be a showmatch showing off the remake of Cache. All matches are best-of-three, except for the grand finals that are best-of-five.

Adding to the line-up of our #ESLOne New York Cache Showmatch, the recruited talent of @JoshNissan aka “steel” will make the main stage. :sunglasses: