CS:GO star 'coldzera' refusing to stream after stream-snipers try to get him banned with dick pics - Dexerto
CS:GO

CS:GO star ‘coldzera’ refusing to stream after stream-snipers try to get him banned with dick pics

Brazilian CounterStrike: Global Offensive player Marcelo ‘coldzera’ David has found himself in a very odd predicament regarding his live-streaming.

The MIBR pro has announced that he will not be streaming for the foreseeable future due to stream-snipers intentionally trying to get him banned on Twitch.

Not only is the fact that they’re trying to get him banned alarming, it’s the way these stream-snipers are going about it that’s even more jaw-dropping.

Apparently, while coldzera is live-streaming CS:GO matches, they are putting images of nude men and women as their profile picture on Steam and joining his game lobbies.

As soon as the images appear on the live-stream, even for a brief moment, these snipers are then reporting coldzera for showing nudity on his channel, a bannable offense according to Twitch’s terms of service. 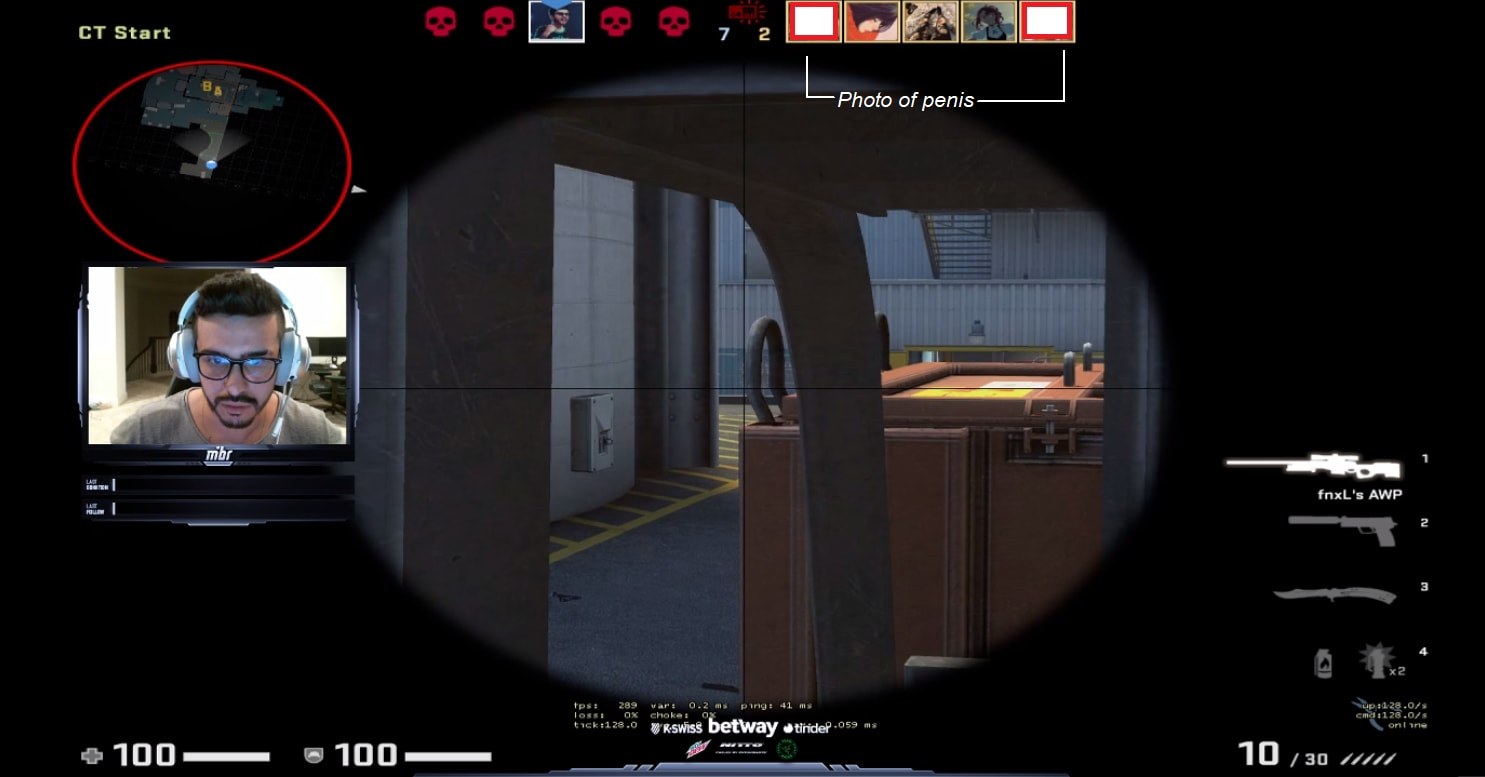 Coldzera’s tweeted about the matter in Portuguese, and his tweet roughly translates to “I stopped streaming a year ago because of this and you still have not learned and so it has to be so every time!”

The image he quotes is a message he has written in his own stream’s chatbox, in which he talks about how the community has no respect for anyone and that, if he streams he will be doing so without a camera, chat, and maybe even a microphone.

Some have commented that he can avoid this issue by disabling certain elements of his HUD in the settings menu, but others have said that the images will still show anytime the in-game scoreboard pops up.

Either way, while there might be ways to circumvent this sort of trouble, it’s not fair for coldzera to always feel pressured by the risk of nudity popping up on his stream at any given time.

It’s rather unfortunate that arguable the best CS:GO pro player in the world may no longer stream his gameplay because of some troll stream-snipers.