Counter-Strike: Global Offensive YouTuber Jordy ‘MojoOnPC’ Janssens has dropped a diss track on Swede ‘Anomaly,’ in a bid to ‘expose’ his fellow content creator for being shady.

Janssens, a YouTuber from Belgium, had taken a ten-month long layoff from YouTube and his MojoOnPC channel – sticking to other social media websites like Twitter in the interim.

He recently made a return to the site to explain his absence, before following that up with a diss track aimed at Ludvig ‘Anomaly’ Lagerstedt and his YouTube content. 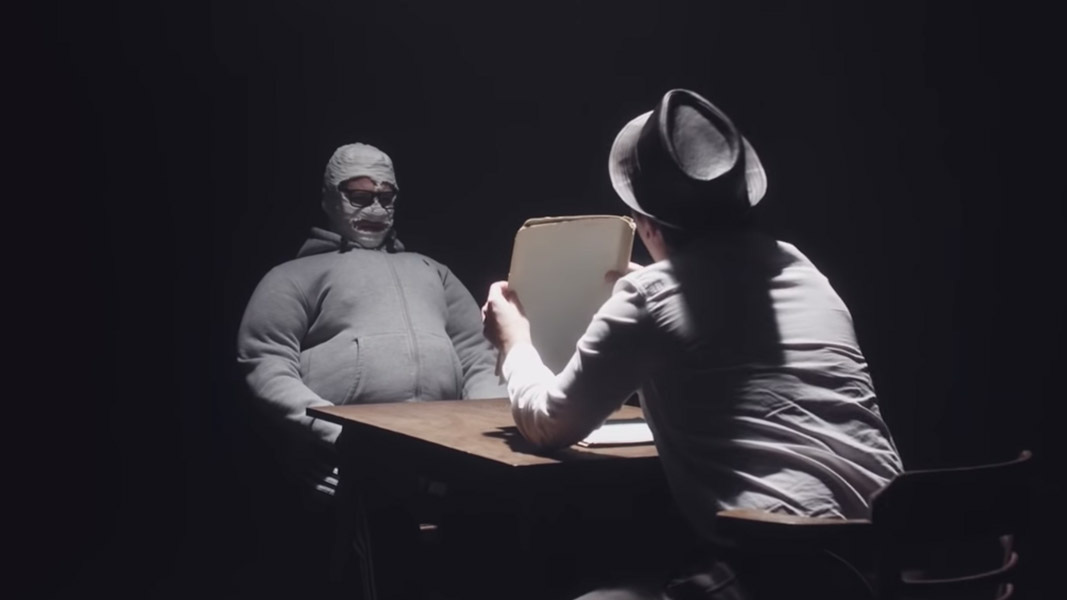 MojoOnPC showed himself ‘interrogating’ Anomaly during the diss track.

The YouTuber gave his explanation for making the song in the video’s description, stating: “I’ve been quiet for years but it’s time to expose Anomaly and show the world who he really is, with a diss track.” Mojo also took time to advertise a CS:GO skins website, using the link to take shots at Anomaly.

In the track, Mojo accused Anomaly of quite a long list of things, including tax evasion, but continued to circle back to his advertising, as well as the use of gambling and skins websites in videos.

After a few early shots, the catchy beat paused for a few moments as Mojo explains why he is making the video. The YouTuber said: “Bro, like quite honestly, Anomaly is one the shadiest guys in the CS:GO scene.

“His fanbase is clearly not older than sixteen and he’s just brainwashing them bro. He literally said in one of his videos ‘if I’m not going to make gambling videos, my dad will die.’ We know how many videos he has to make to retire his dad – it’s one. He made 25.”

Towards the end, Mojo even took shots at other members of the community by handing Anomaly over to the ‘CS:GO police’. Upon ticking Anomaly’s name off the police’s waiting list, other names like Trevor ‘Tmartn’ Martin, Tom ‘Syndicate’ Cassell and James ‘Phantoml0rd’ Varga, who have all had their own problems with CS:GO skin gambling websites on YouTube, also appeared.

Anomaly is yet to respond to the accusations, with his only comments on the song coming prior its release. “Diss tracks in 2019,” the Swede tweeted with a thinking face emoji, on March 28.

Disstracks in 2019 :thinking_face:
How long did you stay in your coma?! :joyful:

It remains to be seen if the Swede will respond to the track via YouTube as he is yet to do so in the videos he’s uploaded since the song’s release.