CSGO: Find all of the hidden easter eggs on updated Cache - Dexerto
CS:GO

CSGO: Find all of the hidden easter eggs on updated Cache

Counter-Strike: Global Offensive players are finding tons of easter eggs on the newest iteration of longtime fan-favorite map Cache. Here’s where you can find them.

Valve isn’t known for making large, imposing changes to their legendary shooter, but every once in a while they’ll come out with a huge update that completely changes the dynamic of a particular aspect in CSGO.

Cache has been a solid map for casual and competitive matches, but the devs felt it was time to revamp the classic locale with ‘Volcano’ and ‘FMPONE’ once again heading up the design for the new version.

CSGO players could miss this doggo with lower PC settings.

But it seems like the team hid various easter eggs tucked away in the strangest corners of Cache for players to hunt down.

Starting with one of the more stranger instances: there’s a portrait of a dog in the inaccessible room immediately to the left when going to the B site from T spawn. However, this dog is only viewable in higher graphic settings. 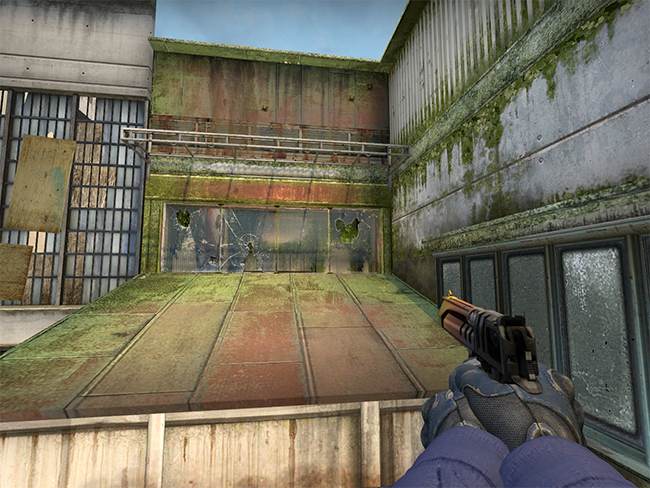 The window seems to have a crack in the shape of a chicken, CSGO maps’ infamous residents.

Lowering the graphics obviously clears up the extra flair in the game so it runs smoother, but this was an odd change to make when turning down the settings.

Moving into sunroom just a bit further ahead, the silhouette of a chicken can be seen broken into the right side of the window used to throw grenades into B.

Then in T-spawn, there’s a sign that reads “No Camping,” a nod to the last-ditch effort of a losing team to stay alive.

In CT spawn, there are two easter eggs in the Van next to the starting position for the defending side. The vehicles odometer reads “42069,” nice.

Meanwhile in the backseat, players can see a magazine, but scoping in reveals a cover with the faded image of a woman with a title of “Hey Boy,” a play on the iconic adult literature.

Going toward Squeaky, there’s an abandoned teddy bear propped up on one of the windows. Shooting it doesn’t seem to have an effect, but knifing it will make it sound off.

With the map not even officially released, there are bound to be more easter eggs hidden throughout CSGO’s new Cache map.