CS:GO: ESL Pro League is moving to an all LAN format in 2019

Major CS:GO event organizer ESL has announced a new format for its upcoming slate of 2019 competitions that will vastly transform how the teams and players compete in the new season.

ESL and the World Esports Association (WESA) have agreed to take the games away from the online ecosystem to deliver the action live in an all new format that will change the face of Season 9 of the ESL Pro League.

In a complete change of pace for the league, all matches for the Americas and EU regions will be played on LAN in a studio setting to bring the action of the season in front of a live audience, while the Asian Pacific region will still play the regular season online. 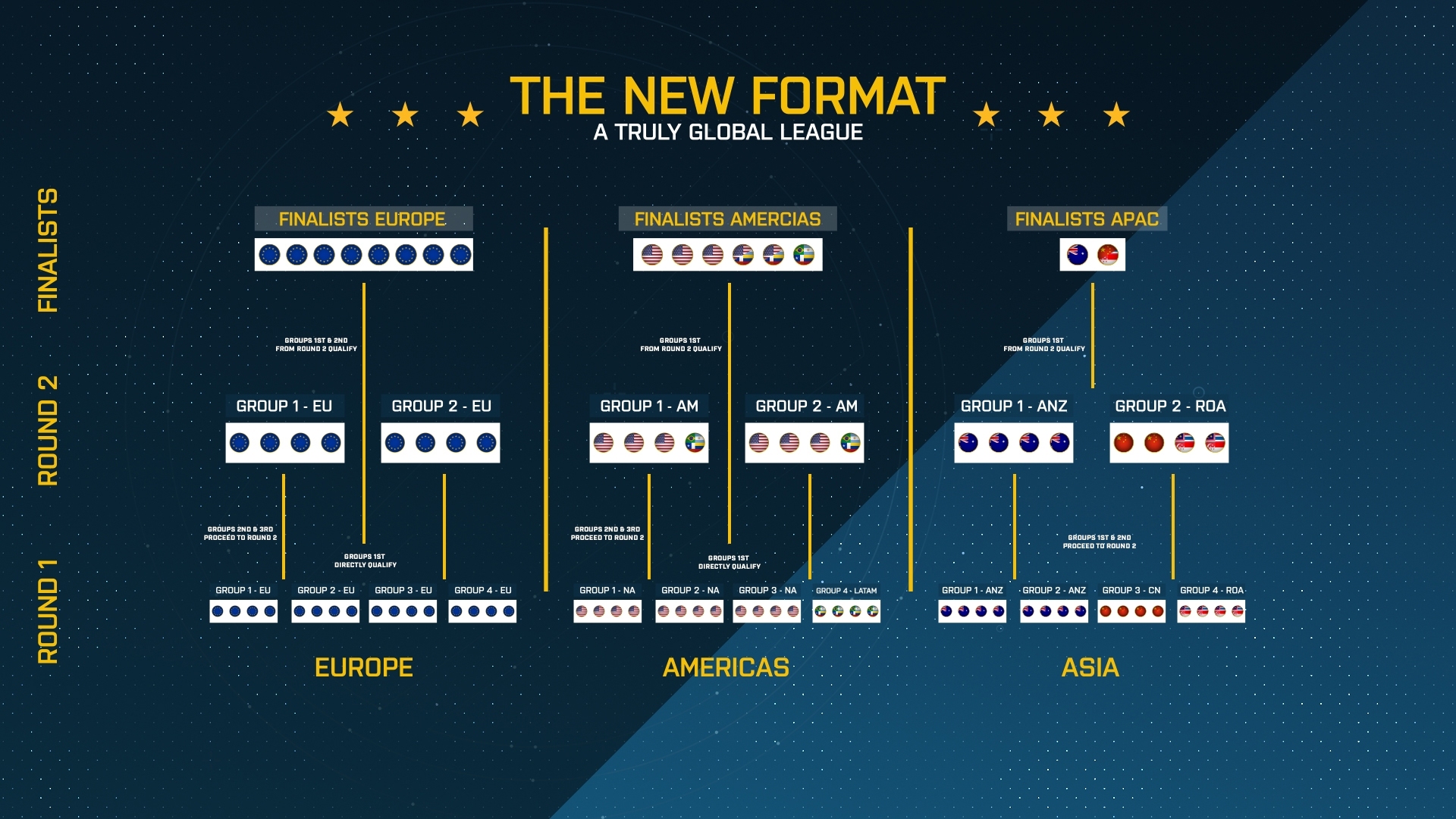 The format looks overwhelming, explanation down below.

Moreover, the league’s new format is making comprehensive changes to how teams qualify for the playoffs, while combating what they believe is oversaturation of events for CS:GO teams.

The 2019 season for the ESL Pro League will be set up with three regions: the Americas, EU and APAC.

Each region will have four groups of four teams seeded based on ESL’s World Ranking, with 16 teams in every region and 48 teams total vying for the World Finals.

The winners of each group in the Americas and EU will secure their spot at the Finals. There will be a second round of groups composed of the second and third place teams from Round 1.

:raised_hands: The #ESLProLeague will return for Season 9 on April 12, 2019 with more teams and a brand new format that replaces online play with studio matches for the EU and AM regions!

In the EU the top two in Round 2 of groups move onto the finals, in the Americas only the top one from each group moves on.

The APAC gets less finalists, however. Each group will play to advance to the next round of eight teams in two groups, and the winners of those groups get the only two spots for the Finals.

The new season of the ESL Pro League will begin April 12, and will span four weeks to determine who goes onto the World Finals.