Berlin International Gaming (Counter-Strike: Global Offensive that are more difficult than others for Counter-Terrorists to retake, and it gets even trickier when they’re equipped with the long-range AWP going into close-quarters.

That’s exactly the situation BIG were dealing with after three quick eliminations by HellRaisers put them in an awkward predicament, until the surviving members started to go off with the deadly snipers. 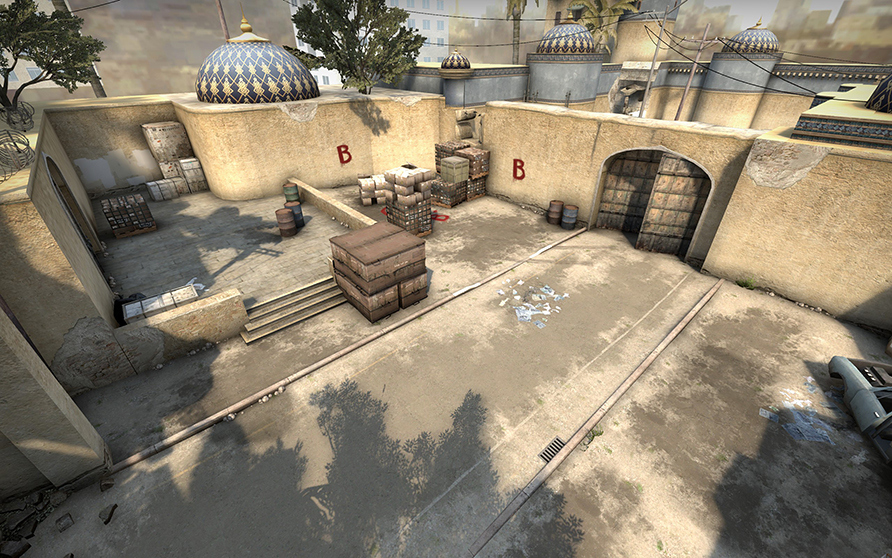 The B-Site has claustrophobic entries not ideal for pushing with AWPs.

During their GG.Bet New York Invitational best of three against the HellRaisers, smooya and tabseN were hovering near the A-site with AWPs in hand facing an improbable 2v5.

Looking down A-long, smooya was able to pick off a player in pitt. While that made the round a 2v4, matters got a bit worse when the Terrorists managed to plant the bomb across the map on B.

Playing off each other while creeping through CT-spawn, tabseN spotted the feet Issa ‘ISSAA’ Murad hiding behind the car in mid. After taking a shot, tabseN finished him off with his Deagle.

Almost at the same time, smooya gets surprised by an opposing player who should have ended the Brit’s life if not for an insane flick shot to bring it down to a 2v2. 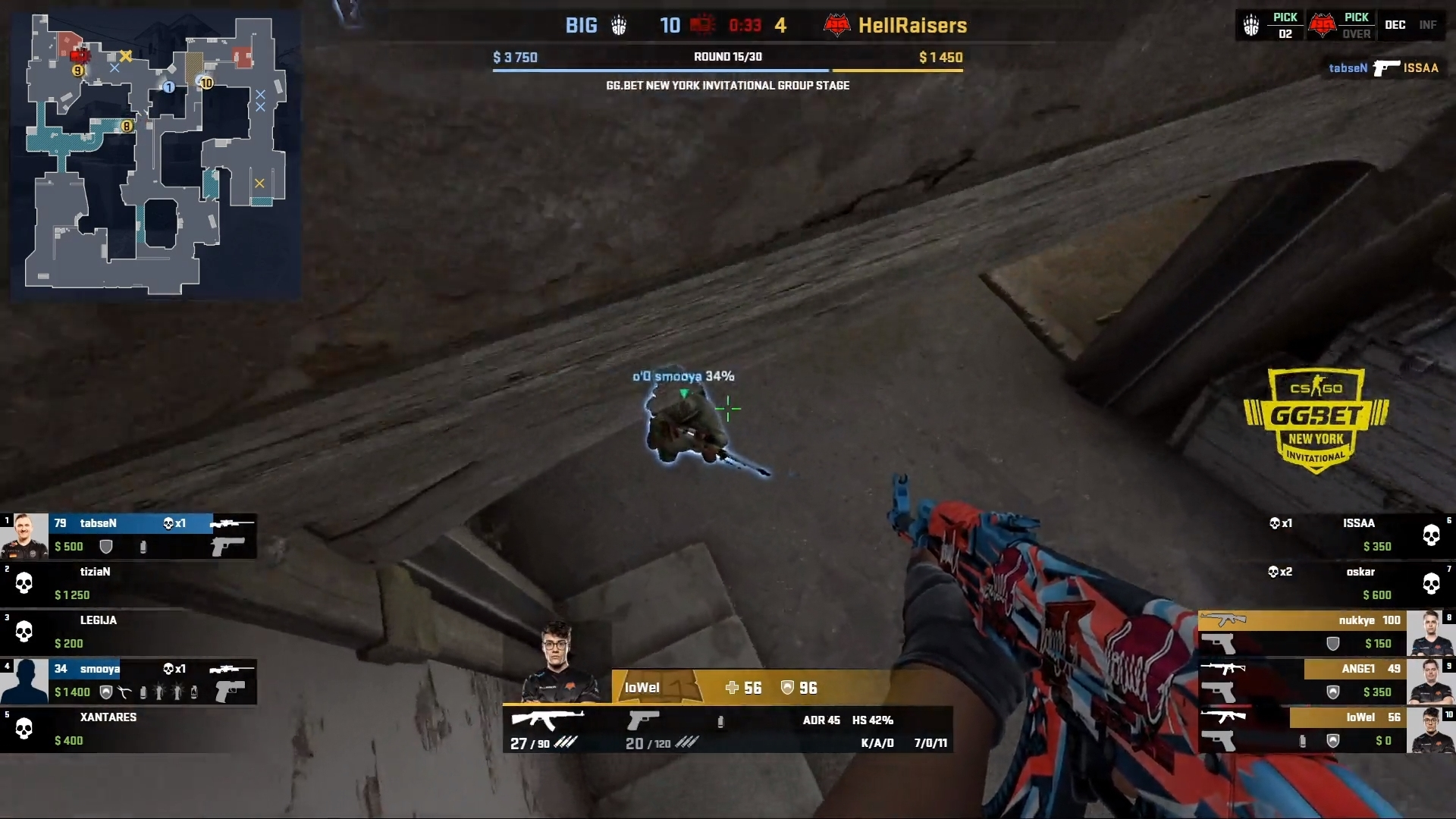 Smooya looked dead to rights in the lead up to his incredible AWP shot.

This raised a red flag for the remaining HellRaiser players, who nestled up at B thinking it should be a routine hold to manage seeing as both BIG players were armed with long-range weapons.

With only 20-seconds left before the bomb went off, the BIG pros set up a Smoke Grenade and Incendiary in the site to give them some breathing room. It turned out to be just enough too, as tabseN himself got a great flick kill on someone holding close door.

Meanwhile, smooya demanded went high to split the aggro from the last surviving HellRaiser which gave tabseN a great chance to reposition for another kill.

The successful retake left BIG with two seconds to spare to get the defuse in, capping off an unbelievable play to steal the round.