The biggest stars of the Brazilian national team claimed victory over Mexico in the round of 16 and wound down with the nation’s game of choice – Counter-Strike: Global Offensive.

CS:GO has long been a favorite in Brazil, with some of the very best professional players and teams coming from the nation and a strong amateur player base too.

Neymar himself is known to be a fan, and is a keen PC gamer generally playing other titles like PUBG too.

The team even demonstrated their passion for gaming during the Mexico game, as Neymar lead the squad in a CS:GO inspired celebration after their first goal.

But it turns out that even while out in Russia, the players are using some of their time off from matches, travelling and training to sit down at their PC setups and get some matches in.

There is also ‘WBS’, which is presumably the initials of Chelsea player Willian Borges de Silva, and CasAo is likely Real Madrid player Casemiro, as Neymar tagged both players in the picture. 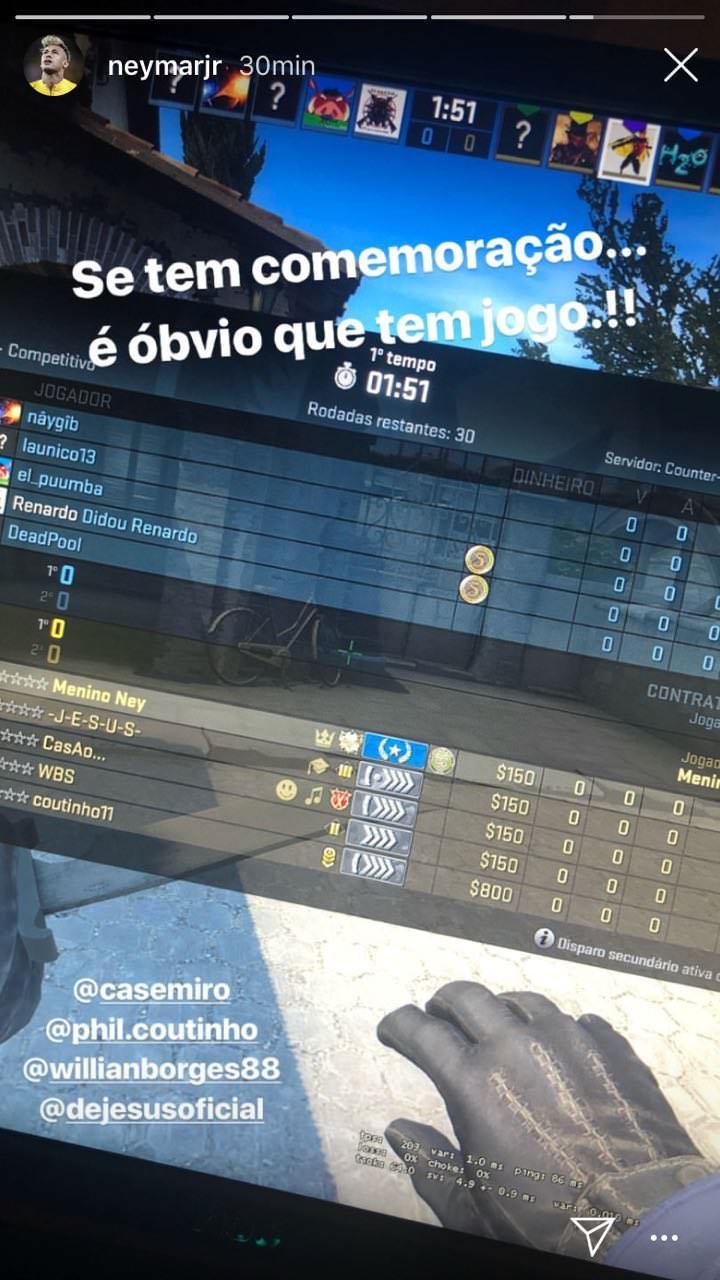 The message left by Neymar on his snapchat roughly translates to “if there is a celebration… it is obvious that there is a game” – indicating this is a regular pastime after the team get a big win.

The Brazil squad will be facing up against Belgium next, and if they can get past them to advance to the semi’s, we’re sure there will be a few more games of CS going down to celebrate.