BLAST Premier: Spring 2020 will see some of the world’s best Counter-Strike: Global Offensive teams duke it out for a chance to claim qualification points and big money prizes. Here, you can follow along with a schedule, stream, and much more.

With LAN events canceled for the foreseeable future, esports titles like Counter-Strike have had to revert to playing online. This has shaken things up considering LAN events usually see the best of teams in Europe, North America, and beyond doing battle on a level playing field.

Instead of that, BLAST Premier: Spring 2020 will see teams confined to their own regions and compete in online play. Here, we take a look at everything you need to know – including schedules, standings, streams, and much more.

When is BLAST Premier: Spring 2020

The European portion of BLAST Premier: Spring 2020 kicks off on June 1 with Vitality taking on ENCE in the first group play match. This game gets underway at 2:30 pm BST/3:30 pm CEST/9:30 am EDT/6:30 am PDT and marks the first of five matches.

Thankfully, you won’t have to split your attention for different matches, as only one game will be played at a time regardless of the region that is playing.

That means that you can kick back and watch the main BLAST broadcast that we have embedded below. Alternative language streams also available.

As already mentioned, 18 teams will be competing in DreamHack Masters Spring 2020, with ten teams competing in Europe and the other eight in North America. The groups for the event were determined ahead of time and you can take a look at them all below. 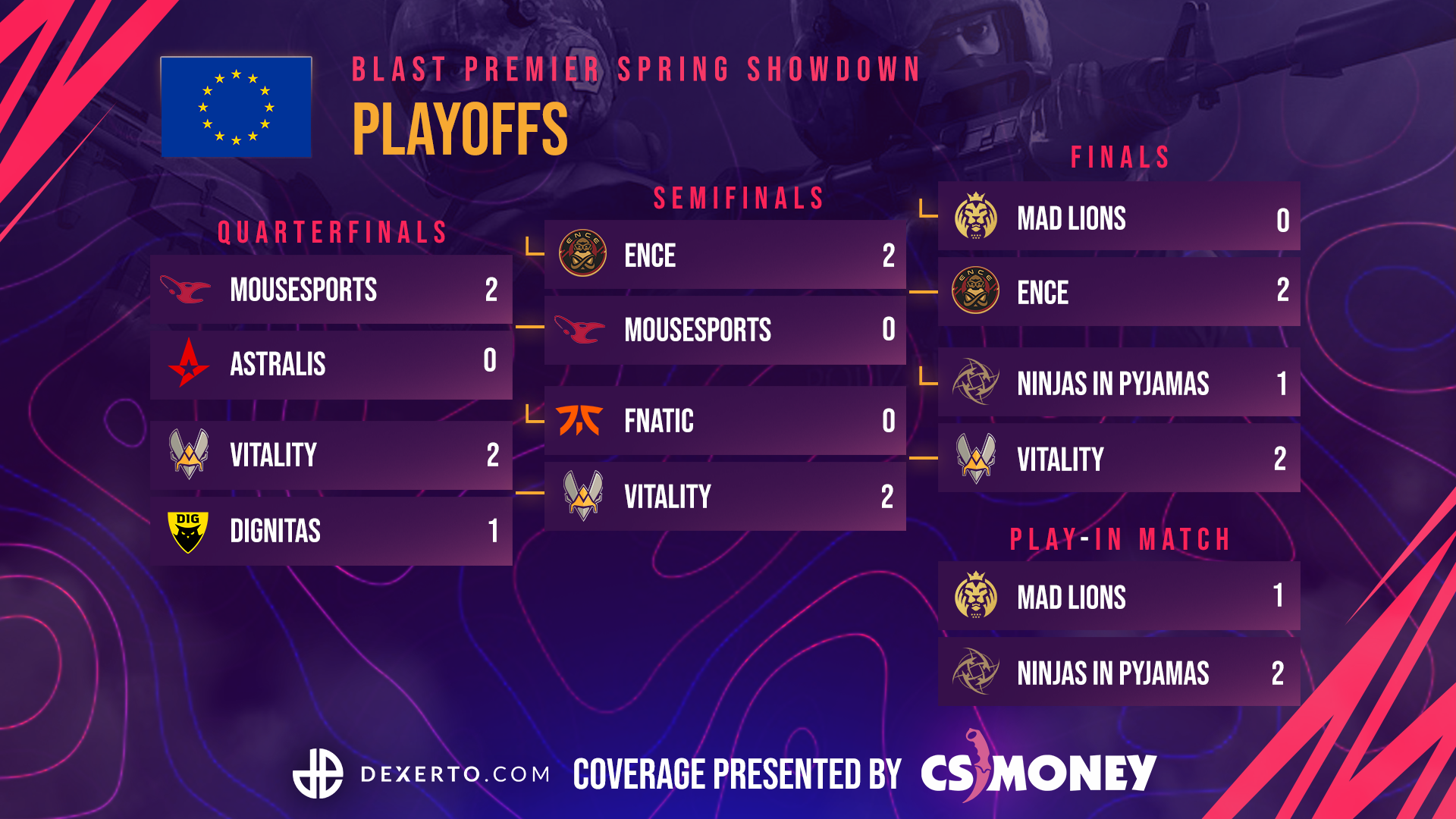 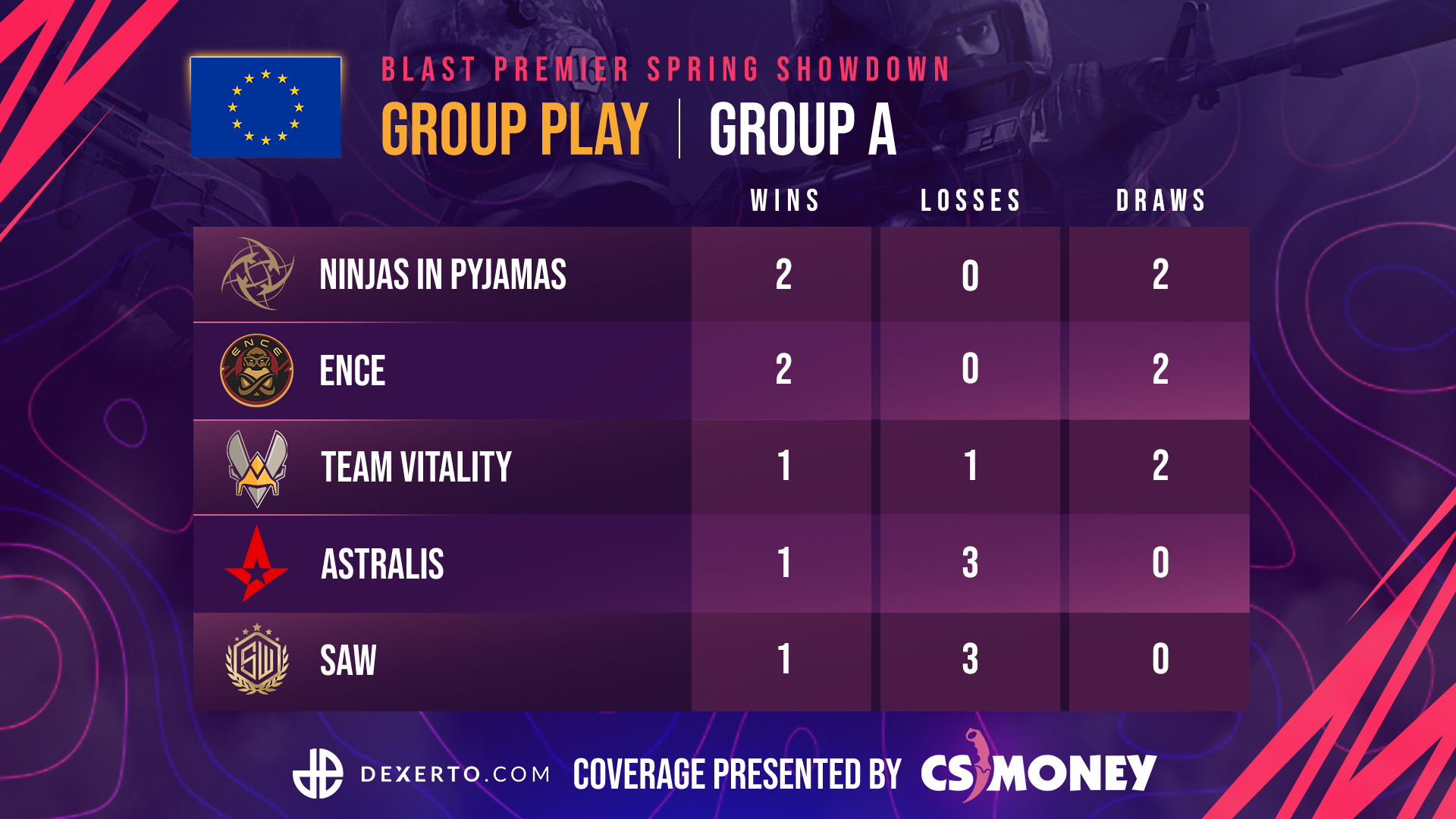 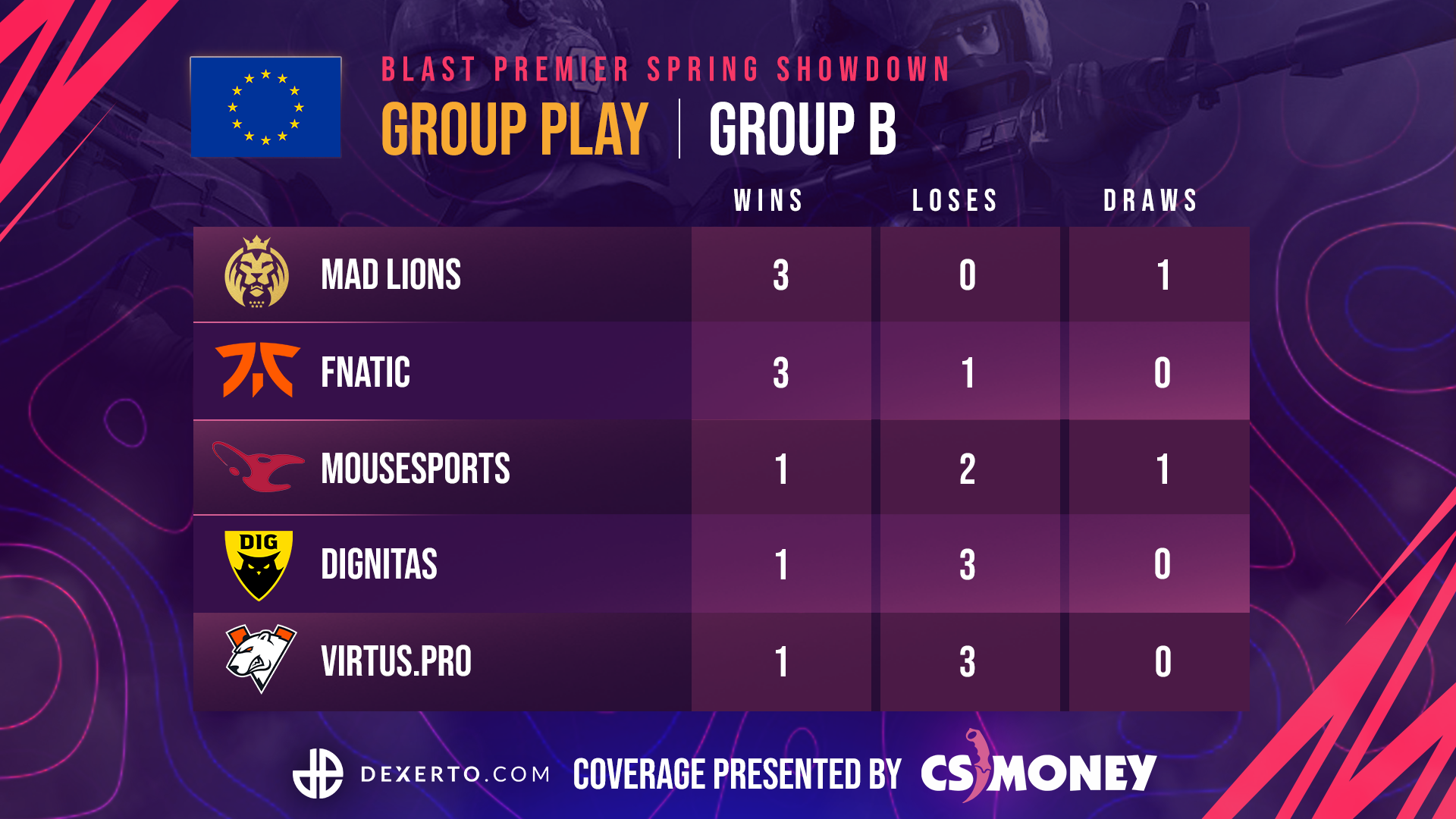 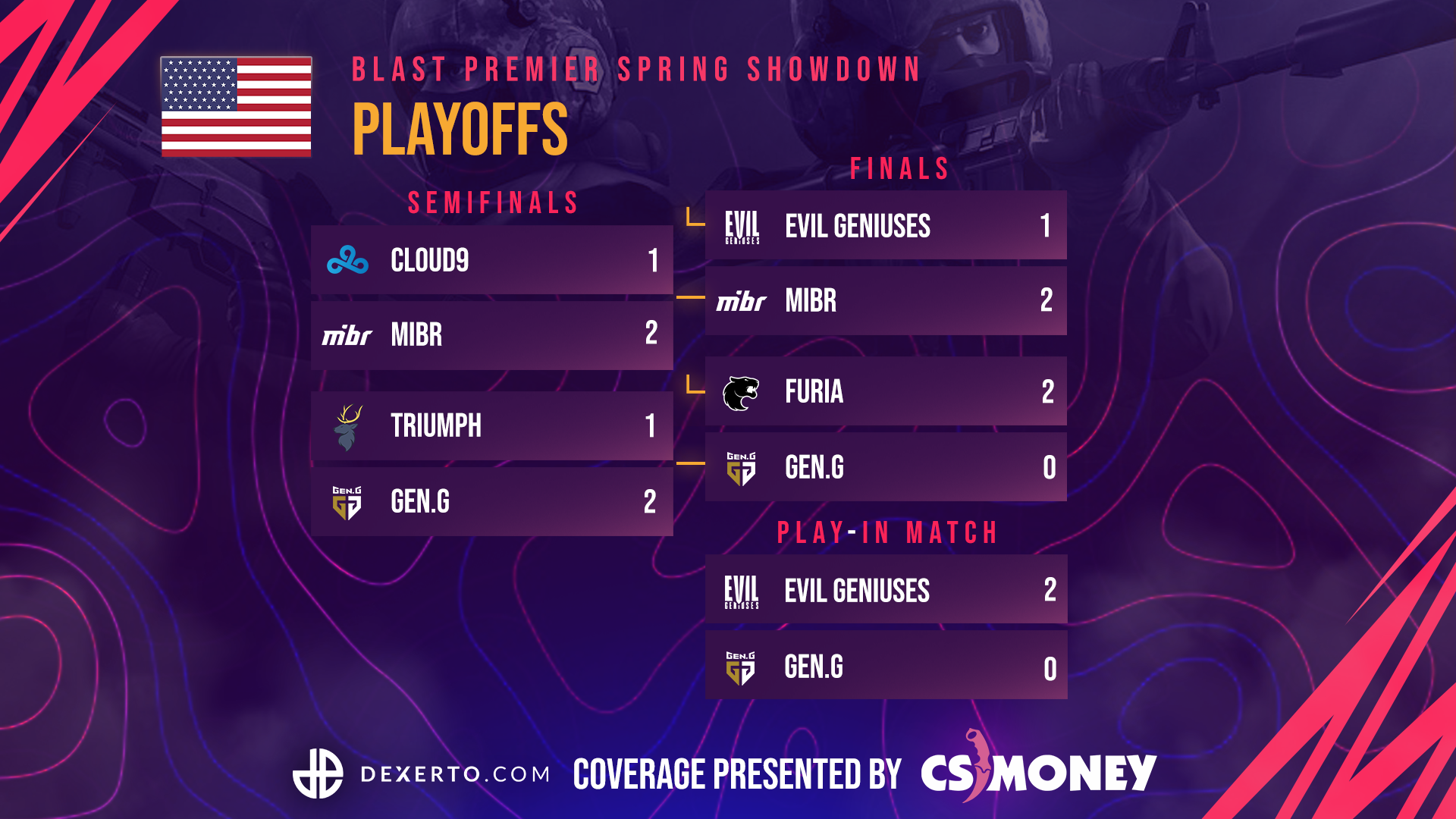 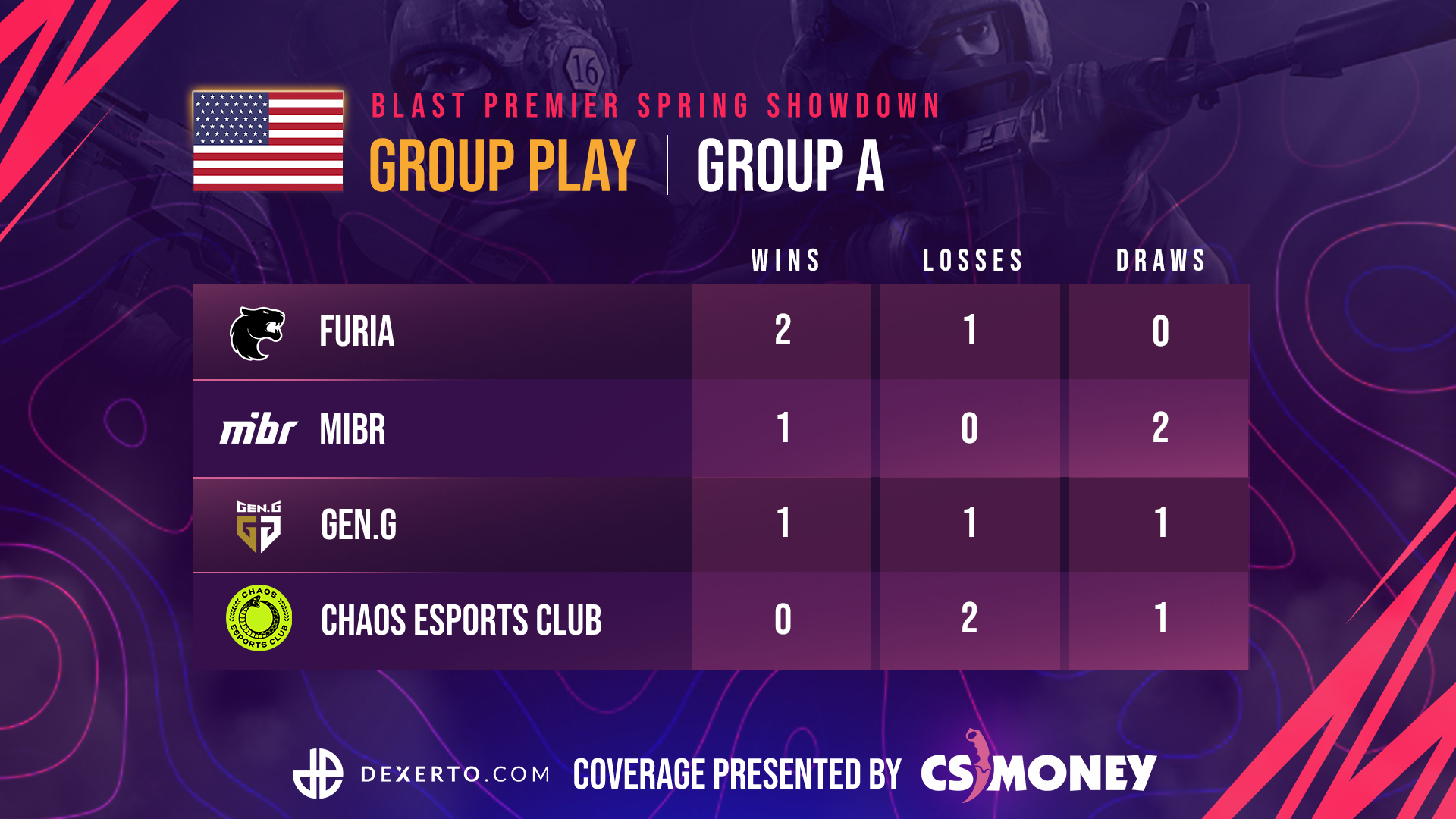 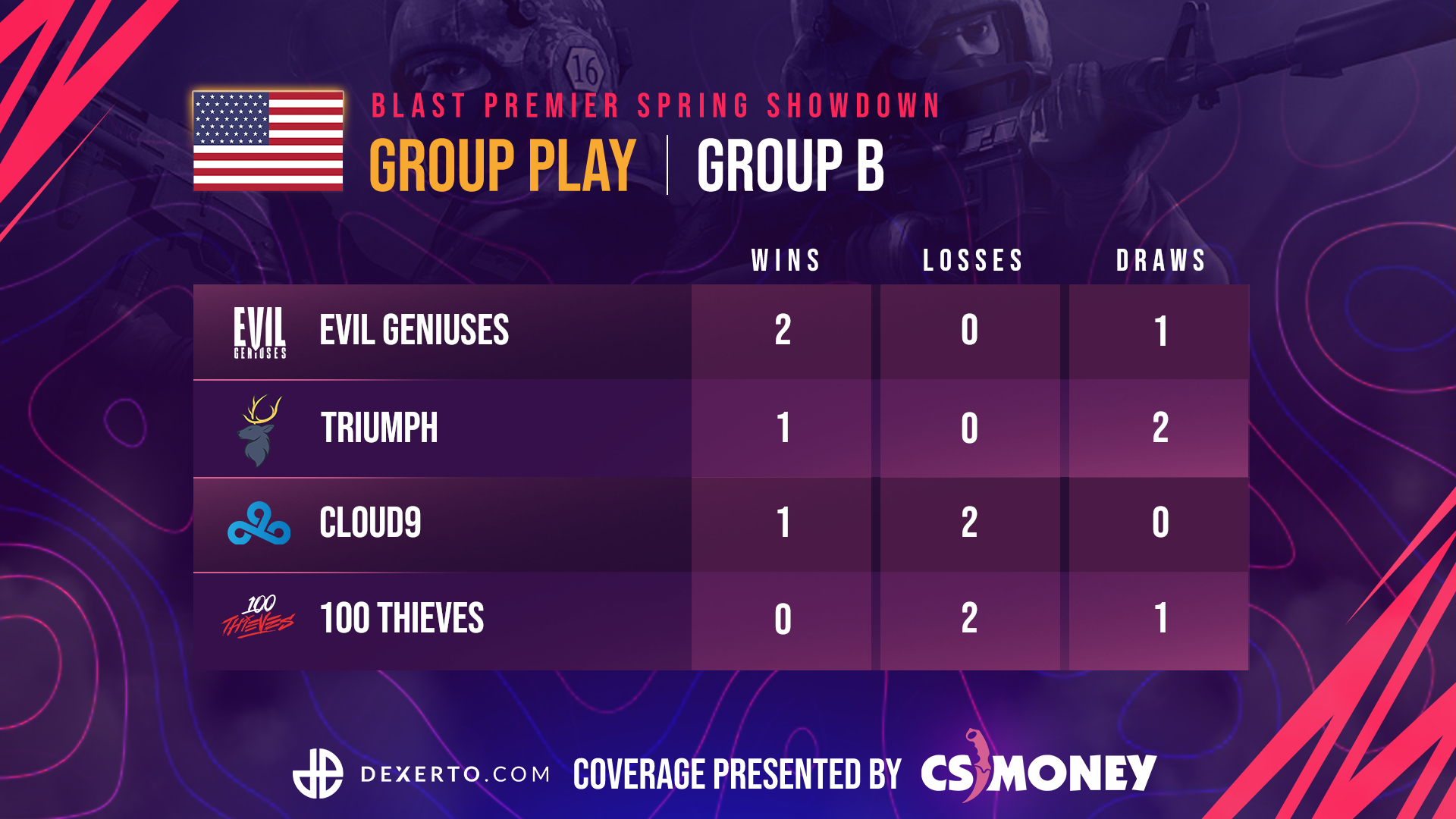 The format for BLAST Premier: Spring 2020 is pretty simple and doesn’t change depending on whether the teams are playing in the European or North America event.

The group stage will be played in round-robin best-of-ones, with the top three teams from each group progressing in North America, while the top four from each group will move on in Europe. The playoffs will then move to a single-elimination format with teams playing best-of-three matches. There will be no grand finals, however, there will be a third-place match.