Sneaky’s cosplay creations have enthralled the League of Legends community over the last three years. He’s taken some of the most popular characters from gaming and anime, and with the help of his girlfriend, helped bring them to life.

With the League of Legends off-season well underway, the LCS champion bot laner has had some time to work on his next project, K/DA Ahri, just in time for the Thanksgiving holidays.

Sneaky has once again pulled off an incredible cosplay, this time with K/DA Ahri.

Sneaky did a pretty good job of replicating League’s resident fox-girl’s look in the K-Pop band, rocking a skin-tight leather one piece and inch-high platforms.

However, some fans might be disappointed in the lack of a tail, with the AD carry choosing to edit the tail into the photoshoot instead. Ahri’s tails are notoriously difficult to make though, so you can’t really blame Sneaky for foregoing them and focusing on the costume itself.

The former Cloud9 pro player has made a name for himself off the Rift through his streams and his cosplays. He tackles some of League of Legends most feminine characters, including Pizza Delivery Sivir and Star Guardian Soraka, and pulls it off with incredible accuracy.

His girlfriend, Esther Lynn, often cosplays alongside him, or helps him with photoshoots and designing his costumes.

Starting the venture off in 2016, Sneaky’s cosplays have rocketed the League personality to the forefront of the cosplay community. He currently has almost 1,400 patrons on Patreon, who can receive goodies such as signed polaroids and photo sets every month. 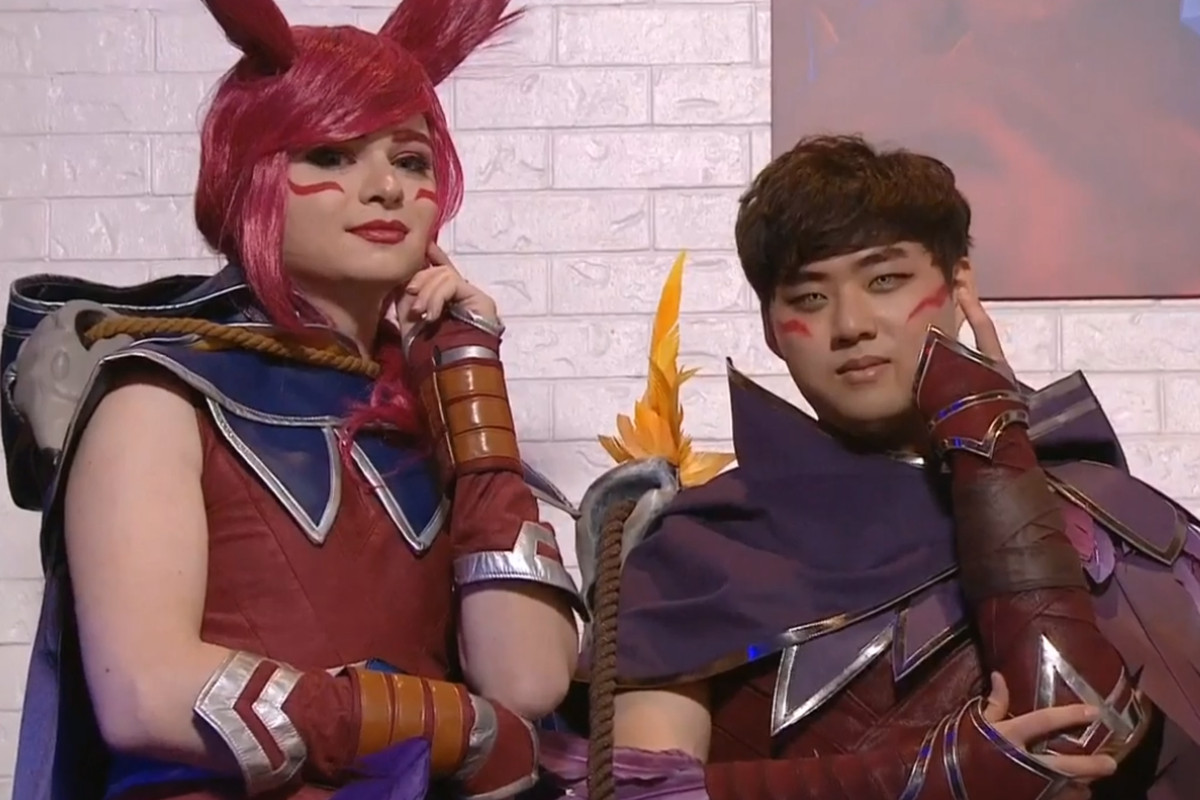 Sneaky and Bang cosplayed Xayah together at All-Star 2018, generating a lot of fanfare.

Sneaky will be attending the League of Legends All-Star tournament held in Las Vegas on December 5 alongside fellow NA representative Bae ‘Bang’ Jun-sik.

The duo cosplayed at the event last year as Xayah, with Sneaky asking his fans earlier this month for cosplay ideas for the fun end-of-year event.

With two weeks left to go before the big event, it’s only a matter of time before Sneaky unveils his next greatest creation and confuses the entire League community once again.