A Pokemon cosplayer left the Sword & Shield community in awe after bringing Stow-on-Side Gym Leader Bea to life with her viral costume.

Prolific cosplayer ‘thevirtualgeisha‘ wowed fans of the Nintendo Switch RPGs when she unveiled her insanely accurate portrayal of the Fighting-type Trainer.

The Sword-exclusive Gym Leader has become a hit with Pokemon fans.

Popular cosplayer Virtual Geisha is known for her incredibly detailed re-creations of popular anime and video game characters. With over 265k followers on Instagram, she is one of the best in her field.

The artist made shockwaves in the Pokemon community when she shared her pitch-perfect portrayal of Sword & Shield Gym Leader Bea.

In her January 28 social media post, the star mirrored the Trainer’s iconic battle pose with an Ultra Ball while showcasing her faithful depiction of the heroine’s white and orange Galar League uniform.

The cosplay quickly went viral on the r/Pokemon subreddit after Geisha posted new shots on the Nintendo forum. The artist wowed by faithfully pulling off the character’s fighting leg kicks from the RPG. At the time of writing, the post already has over 15k upvotes.

My Bea cosplay! I hope you like it 🙂 from pokemon

Fans were stunned by how much she looks like the popular Gen 8 character, such as one player who wrote, “This is. the best Bea cosplay I’ve seen so far, you really did a great job.” Others agreed. “Damn honestly wow! You look exactly like Bea!” another fan exclaimed. The community thought the cosplay was so accurate, it was almost as if she had kicked her way out of the screen. 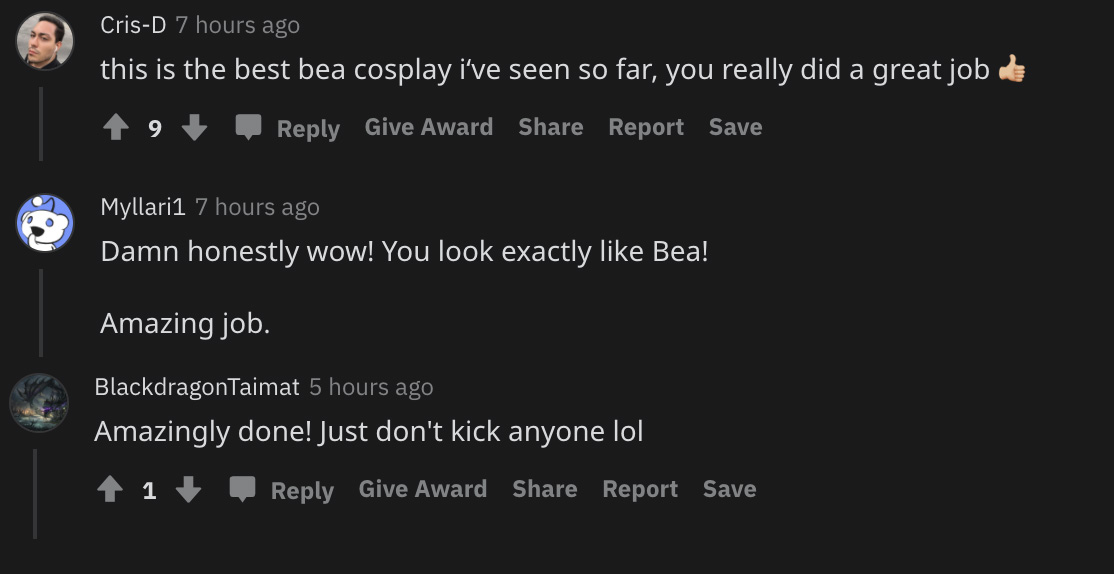 Pokemon fans in love with the version-exclusive Gym Leader are in luck as the Fighting-type made her return to Sword & Shield in the Crown Tundra DLC which debuted in October 2020.

Players are able to team up with Bea in the new Galar Star Tournament. Who knows, perhaps the silver-haired fighter will make an appearance again later on in the series due to her popularity.