Countless Apex Legends cosplays have been created by fans of the battle royale game, many of which are seriously impressive, but this take on Lifeline might well be the pick of the bunch.

Respawn Entertainment’s roster of playable legends has become something much bigger than just video game characters, with members of the game’s online community using them as a basis of a whole host of creative designs.

This new cosplay, which was shared to the Apex Legends subreddit on September 6, has taken the page by storm after it was given the nod of approval by around 4,000 fans – at the time of writing. 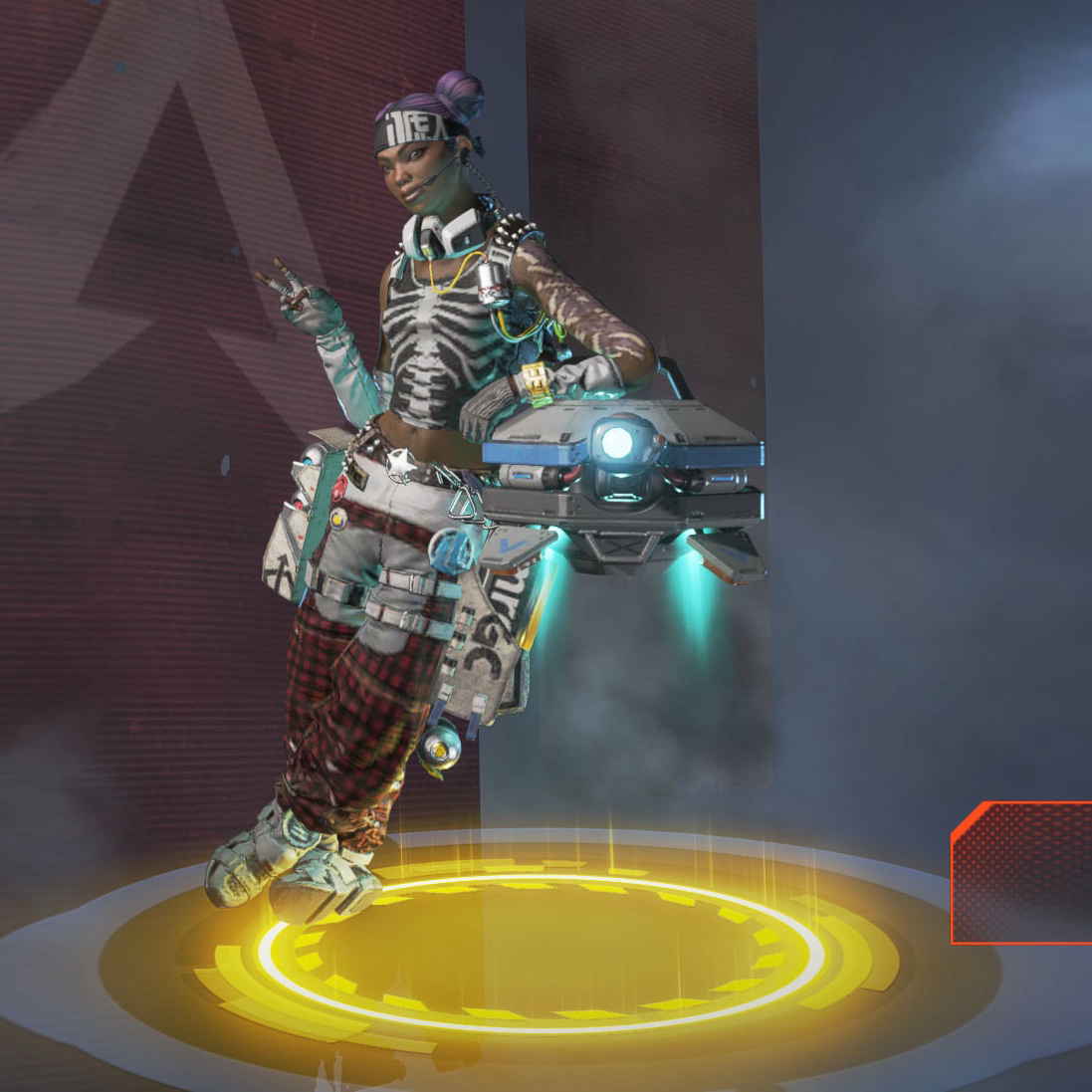 This is the Lifeline skin the cosplayer was looking to recreate!
600

The creator of this interesting Lifeline outfit was actually the girlfriend of the user that had posted it, and it’s fair to say that it’s gone down very well with the game’s fanbase.

Its design, which the girl first rocked at the AnimeExpo2019, has been described as a “DIY London Calling Cosplay” by her partner. In the video, as seen below, you can see the cosplayer interacting with the camera in the same way the legend does in-game – using the same stance and pose.

My girlfriend’s DIY London Calling Cosplay from AnimeExpo2019! from r/apexlegends

The actual skin that this cosplay is based on is, of course, Lifeline’s London Calling look. This outfit features a skull print shirt, baggy trousers, her trademark headband, and even a star belt – all of which the cosplayer has incorporated into her design.

Such attention to detail hasn’t been missed by fans, however, with many moving to heap praise on the Apex Legends player in the same thread.

“Cosplay here, level ten out of ten!” one wrote, while another commented: “Awesome cosplay! I love everything about it, great job!”

Whether or not the cosplay creator will continue to post her newest creations online in the future remains to be seen, but her partner did reveal that she “loves” making them. So, there is a good chance Redditors will be seeing her again sometime soon.

Some of the rarest skins in Apex Legends are making a return for the annual Black Friday sale, including Wraith’s famous Airship Assassin skin, cosmetics returning from Legendary Hunt bundles, and more.

It was heavily speculated in the runup to Thanksgiving week that Wraith’s fan-favorite skin would be returning for the second year in a row, and the shop update on November 24 confirmed those leaks and rumors.

Wraith isn’t the only hero getting some of her old skins up for sale again though, Octane’s highly sought-after Jester look will also be back, along with several from the Legendary Hunt themed event all the way back from Season 1.

The long-awaited skin is finally returning, Respawn has confirmed.

For those who don’t know, Wraith’s Airship Assassin skin is a recolor of the pink Void Specialist skin, so you’ll need to unlock both of them in order to rock it.

In addition to the legends and weapon cosmetics, there are deals offering three, 25, or 50 Apex Packs, and a bobblehead weapon charm available during the sale, which goes from Nov. 24 to December 1.

Let’s take a look at all of the bundles available during the sale, what’s included in them, and how much each one will set you back if you’re interested.

This Jester skin for Octane is certainly one of the more disturbing cosmetics in Apex.

These Legendary Hunt skins will be available in the Black Friday bundle.

There you have it, the full rundown of every single bundle and all the items available in the Apex store during the Annual Black Friday sale. Which even though they call it that, you’ll still need some serious Apex Coins if you haven’t been saving up.

Like we mentioned, these cosmetics and packs will only be available for one week until December 1, so don’t wait until the last minute if there’s something you know you want. As always, stay tuned in on Twitter @TitanfallBlog for all the latest Apex news, leaks, and info.