Tiny Tina was introduced to players in Borderlands 2 as a 12-year-old kid who escapes from Hyperion, vowing revenge on the organization for killing both of her parents.

By the time we get to Borderlands 3, Tina is 19 and a member of the Crimson Raiders, and is eventually available as a companion to fight alongside the vault hunter. 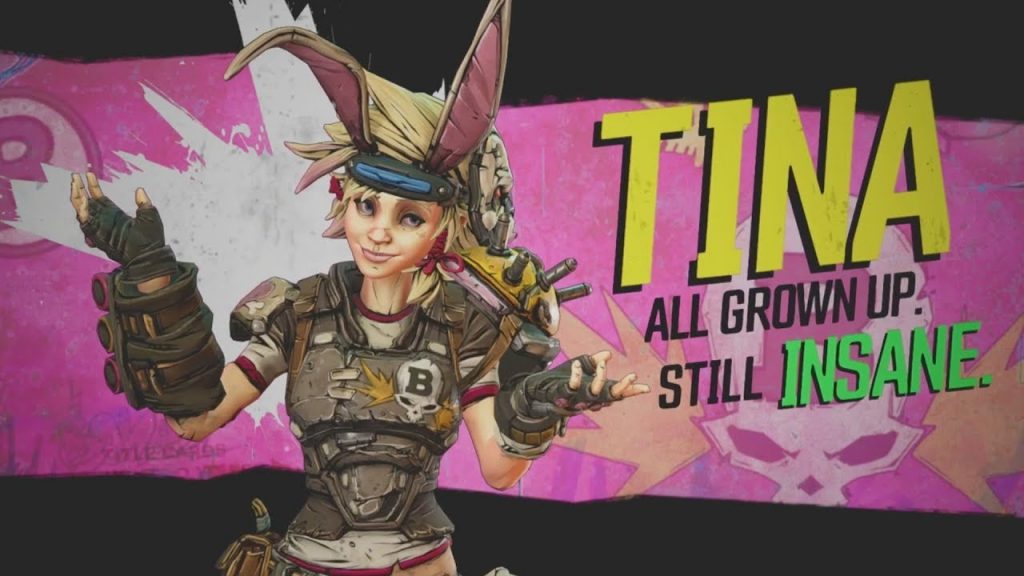 She might be a little crazy, but how can you not love Tina?

Tina has become a fan favorite over the years, which is part of the reason why Gearbox gave her such a prominent role in Borderlands 3 – and it’s why cosplayer “harleychainsaw“ decided to put their own spin on her, as well.

The iconic bunny ears are front and center for this cosplay, along with the awesomely creepy rabbit mask she wears around the side of her head.

One thing about Borderlands cosplays that’s always impressive is how the artists manage to display the game’s iconic thick outlined style using body paint and makeup.

Harleychainsaw really managed to make themselves, their weapons, and all of Tina’s accessories look like an IRL cartoon character using this style.

The outfit must have taken some serious time to create, and even though harley doesn’t say exactly how long it took, the amount of detail points at multiple days/weeks/or even months of work.

There have been plenty of Borderlands 3 cosplays circling the net since the game came out in September 2019, and harley’s is definitely up there with the best of them.

With the popularity of Tiny Tina among Borderlands fans, we probably haven’t seen the last of her – or cosplays in her honor, either.
Advertisement