Borderlands 3 released on September 13 to critical acclaim, with both reviewers and players ecstatic at another opportunity to drop in to Gearbox Software’s chaotic world. While feedback has been overwhelmingly positive, there are obviously a few minor issues with the game, as there is with any new release.

One popular cosplayer has shown her passion for the game with an incredible outfit looking to emulate the look of Mad Moxxi, a non-playable mission provider in Borderlands 3. 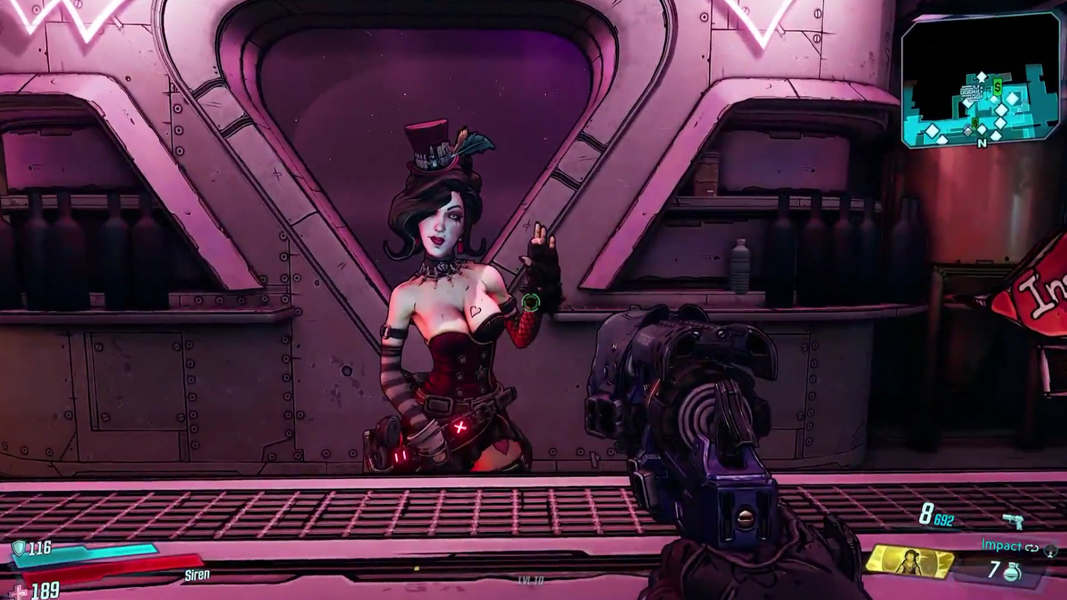 It’s made even more incredible considering that Lisa is legally blind, but still gets the cosplay basically spot on.

Mad Moxxi first featured in Borderlands 2, and offers players many of their mission as they explore Pandora. She is known for her trademark top hat and tip jar, which Lisa nails, along with every other aspect of the outfit.

She shared the photos to Twitter on September 14, explaining how she has managed to learn to do her make-up without being able to use visual feedback as she does it.

I honestly think makeup has been the hardest thing to re-learn as a blind cosplayer. I do it entirely now without a mirror. Like I stand in front of a mirror just cuz it feels right, but I use feel and muscle memory.

It’s been a journey getting to this point: pic.twitter.com/rVg8X0WKWC

“I honestly think makeup has been the hardest thing to re-learn as a blind cosplayer,” she explained. “It’s been a journey getting to this point.”

In a second tweet, she went a little deeper, relaying how hard she has found painting since going blind. “Painting in general is hard and makeup is a version of painting, except delicate,” she said. “It’s been a lot of trial and error.”

Like painting in general is hard and makeup is a version of painting, except delicate, and an outside expectation to get it perfect every time. So it’s been a lot of trial and error.

Feedback to Lou’s cosplay was overwhelmingly positive, with many stunned at how well the small details were replicated, such as the eye shadow and tip jar.

“You look absolutely stunning and did a rad job Lisa,” one Twitter user said. Another went for: “Tagging my friend in this. She’s blind from birth and very good at makeup so the two of you may appreciate one another.”

It seems like people are being inspired by Lou’s incredible cosplay and, after looking at how accurate it is, it’s no surprise why.