There is no shortage of Apex Legends cosplays since the game exploded in popularity after its February 4 release, but few Wraith renditions can hold a candle to cosplayer Lisa ‘lisamancinerh’ Mancini’s recreation.

Apex Legends released on February 4 with a small array of characters to choose from, but fans took an early interest in the Interdimensional Skirmisher which is producing incredible cosplays.

Now, a talented fan debuted her complete Wraith outfit which shows a ridiculous attention to detail in recreating the popular character.

In a Reddit post, lisamancinerh displayed a side-by-side comparison of her in the outfit next to an official design for Wraith.

Though Wraith seems to have a basic and subtle design, Lisa quickly realized that there was a lot more nuance to the outfit once she started making it.

“I thought her outfit was simple then it was just nonstop buckles etc ahah lot of stuff,” lisamancinerh said in reply.

The extra attention to detail definitely came together, since everything from her foggy eyes to the many, many buckles throughout the cosplay instantly turned onlookers into fans. 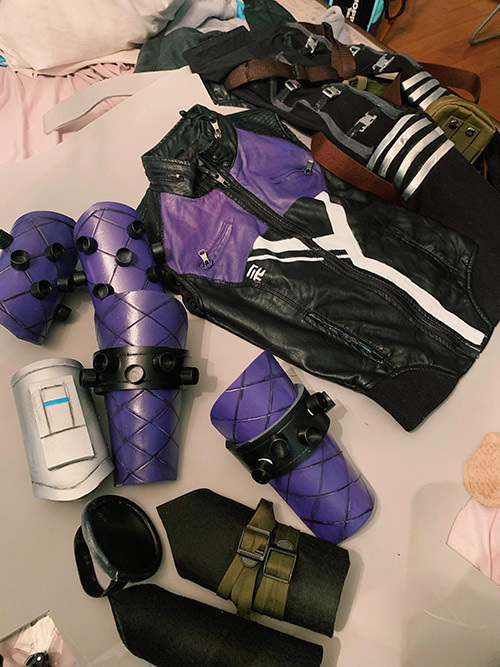 The individual parts of Lisa’s cosplay as the design was coming together.

Even though lisamancinerh put together the cosplay in less than a week, fans couldn’t find much that lisamancinerh didn’t nail about the popular Legend’s design. That is until one redditor found a glaring omission.

“Too much smiling, take a picture like you have a frustrated headache lol,” a redditor said.

Lisamancinerh agreed with the critique, but said that she was going for a smug face that which fits the character.

Other than that small note, this was an impressive feat in cosplay creation and proved that Wraith would have the same deadly look in real life as she does in the game.