Buying a car can be daunting but YouTuber EvgeniTalks has a piece of advice for anyone looking to purchase a new motor in 2020 – he reckons you should invest in the 2020 Tesla Model 3 Performance, and here’s why.

EvgeniTalks is an up and coming online reviewer who regularly showcases new cars on his YouTube channel, and he rates the 2020 Tesla Model 3 Performance highly.

The impressive sedan is just one installment of the manufacturer’s electric, eco-friendly range and is priced at $56,990 – when purchased directly from Tesla. While they were first put into production in mid-2017, the stylish automobile has been given a refresh for the new year.

The price of the latest Model 3, in general, depends on the spec of the vehicle you have in mind, but it’s worth noting that it’s available in both rear-wheel and dual-motor all-wheel drive. The Tesla Model 3 Performance reviewed by EvgeniTalks, though, is top of the range. 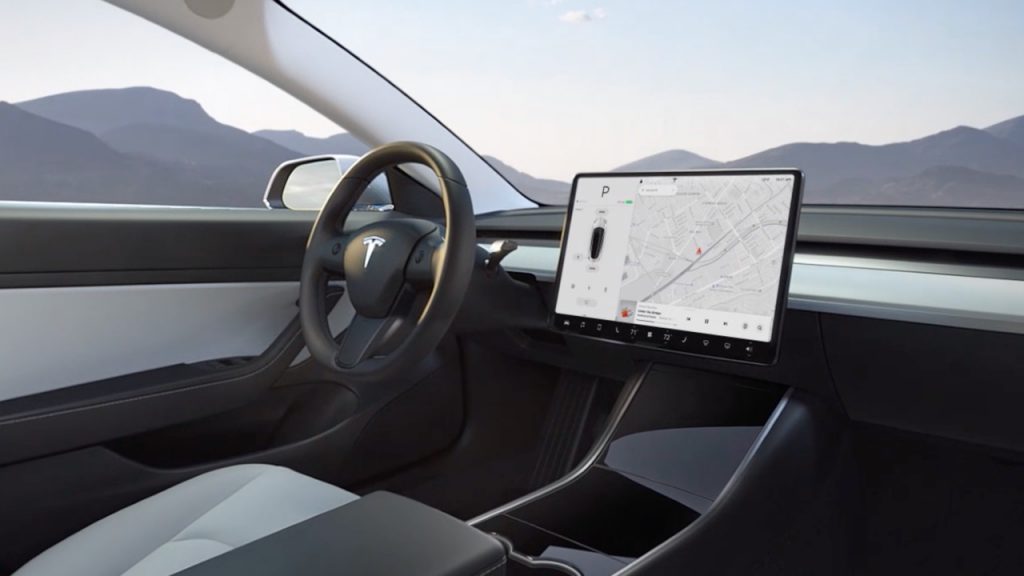 The Tesla Model 3 Performance looks as good on the inside as it does on the outside.

The YouTuber posted a comprehensive video on December 30, breaking down a number of different reasons as to why people should be looking at the Performance model – which is one of the hottest selling set of wheels on the market.

As we mentioned earlier, this is a revamped version of the Model 3, and EvgeniTalks was super impressed by the changes. He said: “I think they’re really starting to become higher quality, as the fit and finish in this car is actually way better than my previous Model 3. I had a dual-motor, non Performance car before.

“It’s getting a lot better, even the doors when you open and close them, they don’t make that rattle like they do in the old one. That’s crazy.” He didn’t stop there, either, delving into some more of the specifics for both the interior and exterior of the sedan. So, let’s take a look at the best bits.

So, there are a few interesting facts about the Tesla Model 3 Performance model. The car itself can travel from 0-60mph in an impressive 3.2 seconds, with a cracking 473bhp.

“A three-second to 60 in a car that cost $56,990 is very impressive to me,” the reviewer stated, before describing the power of the engine as “monstrous”. Not a bad impression for a car at this price point. 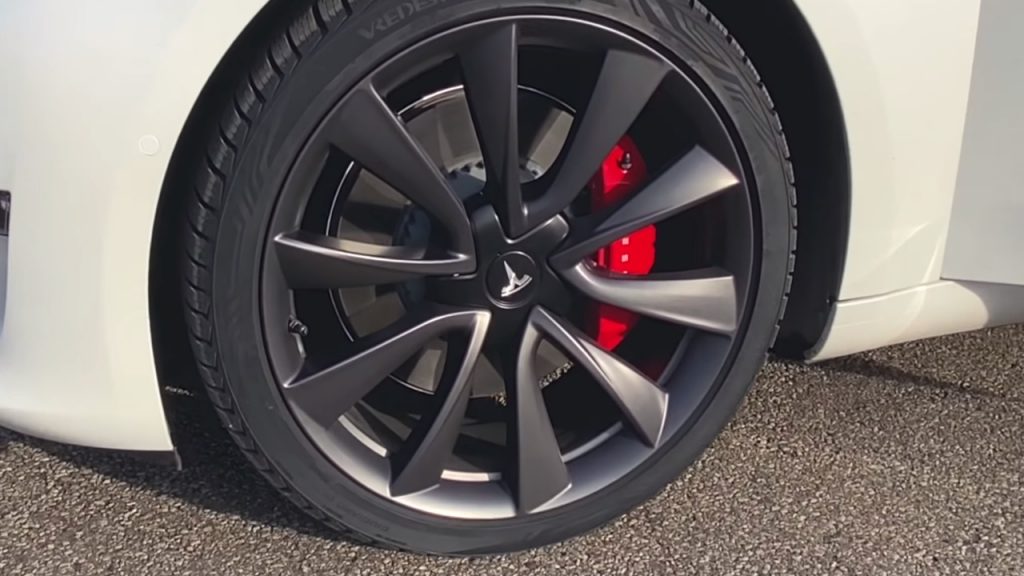 Here’s what the red brake calipers look like on the Model 3.

Tesla also predicts, according to their website’s price calculator, that buyers will save themselves $6,300 due to not only gas savings but potential incentives for driving a carbon-neutral vehicle as well.

So, it might not be as expensive as the initial price looked after all, and certainly nowhere near as outlandish as Tesla’s upcoming Cybertruck.