As a self-confessed Tesla fan, YouTuber Marques Brownlee has often been skeptical of other electric vehicles. Despite that, it seems that the Porsche Taycan has wormed its way into Brownlee’s heart.

Tesla are often heavily criticized for poor quality control, panel gap alignment issues and their relaxed approach to build quality. That having been said, they are still the best-selling electric vehicles (EVs) in the world, with Brownlee being a vocal fan of their cars.

Porsche are relatively new to the EV game, having released their zero-emission sports sedan the Taycan during 2019.

In spite of their lack of experience in the EV industry, the Taycan has taken the world by storm, and even nearly convinced Marques Brownlee to sell his Tesla Model S. 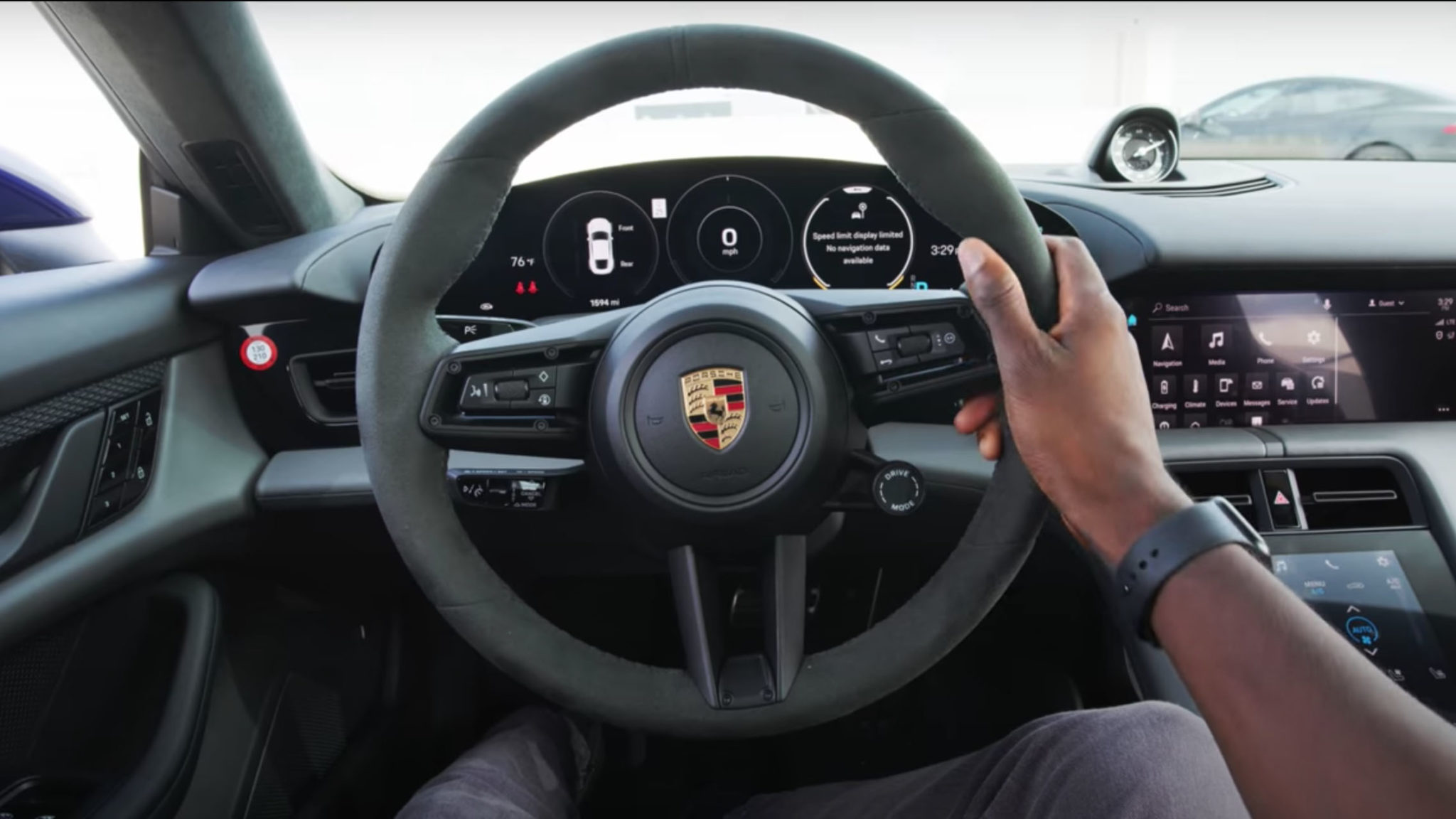 He nearly got rid of his Tesla for the Porche.

One of the Taycan’s major advantages over Marques’ Tesla is the interior quality which he describes as “next level.” The finish is far better than the Tesla, while the Porsche Design elements such as the central clock, vegan materials and overall layout trump Teslas.

In EVs, screens dominate the interior and control everything from safety systems to the A/C. Marques is quick to point out the “solid” haptic feedback from the Taycan’s large central screen, along with the clever use of touchscreen controls on the main instrument display.

The range of the Taycan is a downside though, as is its energy consumption. Compared to the Tesla, the Porsche is “significantly less efficient” and has a higher wh/mi efficiency rating than his Tesla. This means that the Taycan uses more energy to travel less distance.

Charging is another factor that prevented Marques from making the switch to Porsche. Tesla’s ‘supercharger’ network still far outweighs the Electrify America network that the Taycan uses, meaning it is harder to find a super-fast charger while out on the road.

Despite the charging difficulties, Brownlee was full of praise for the driving characteristics of the Taycan, calling it “the best driving electric car out right now, period.”

The Taycan is currently unique among other EVs in that it has a two-speed gearbox to enable continued acceleration. This combined with Porsche’s motorsport DNA make for a potent combination of sheer power and handling prowess, much to Marques’ enjoyment.

Sadly the benefits of the Tesla charging network, range and price meant that he ended up holding on to the Model S. Perhaps if he gets his hands on the cheaper 4S version of the Taycan, things may be different?