With CDL Los Angeles set to take place March 7-8, the eight participating teams are gearing up to make a run in the fourth event of the season and collect some valuable CDL points.

One of those teams, Subliners, will be featuring a new-look roster in LA, as Zer0 himself revealed on February 28 that he’d been benched by the squad.

This is just my reaction to being benched, truly unfortunate that it happened but just gotta wait and hope to play again, most likely wont be playing at L.A just gotta see how things unfold.

“I know for a fact that I won’t be playing in LA, I just have to see what I can do to play again,” he said. “My team wasn’t doing great, I don’t feel like I was the issue but someone has to go and that someone’s obviously going to be me.”

As for what lays in store for him after the Los Angeles tournament, Zer0 is hoping for another opportunity to start again in the Call of Duty League.

“Hopefully after LA I can do something. Sucks not to play but f**k it. They do what’s best for them and if they think getting rid of is it then I don’t really care.”

As for who will replace Zer0 in the starting lineup, Subliners have not yet made an official announcement. However, fans were quick to notice that substitute Nick ‘Happy’ Suda was scrimming with the team in place of the Englishman on Friday.

New York currently have two subs on their roster, Happy and Doug ‘Censor’ Martin, but by the look of things, it’s going to the former who gets the first crack at a starting spot.

If Happy does get the nod, it’ll more than likely be on an interim basis for the upcoming event, after which the team will properly assess whether they’re content with him starting or if they need to make further changes. 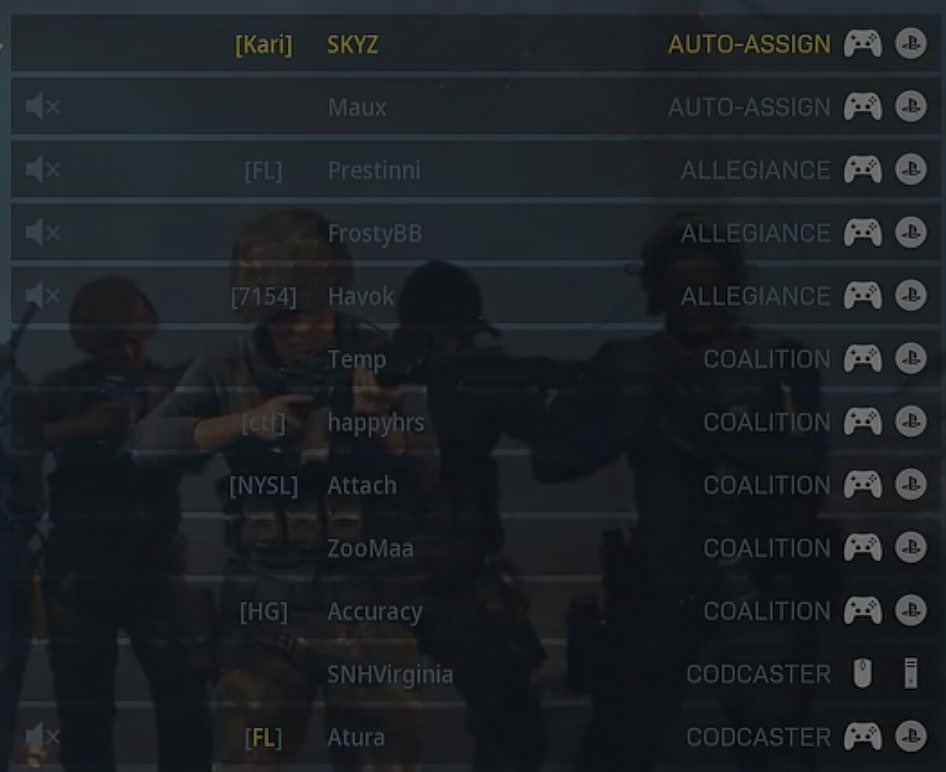 Happy was seen scrimming with Subliners in place of Zer0.

This news shouldn’t come as a major shock to those who have been keeping up with the CDL. Subliners have not had the best of starts to the season, looking thoroughly overwhelmed in their defeats to London Royal Ravens and Atlanta FaZe at Launch Weekend.

Despite getting their first win, things didn’t improve much at CDL London, where they went 1-2 and failed to get out of Group B. After missing CDL Atlanta, they’ll be back in action in Los Angeles, but their work will be cut out for them as they’ve been put in Group B with Dallas Empire, Atlanta FaZe and Florida Mutineers, all of whom already have a Grand Finals appearance under their belts.

Heading into the LA event, New York are tied with Guerrillas, Surge and Ultra for eighth in the 2020 season standings with 10 points each.

We’ve reach out to Subliners for comment, but they have yet to officially confirm the roster change.