Popular Call of Duty YouTuber Brad ‘Drift0r‘ Overbey slammed the v1.19 patch for Black Ops 4 which introduced a “pay-to-win” structure for Blackout and is vehemently protesting the “crummy system” Activision is putting forth in their games.

For many Call of Duty fans, Black Ops 4 had tons of promise when it was initially released but the payoff since launch never took hold on the community as consistent bugs, unrewarding progression, and the various microtransactions derailed any of the hype players had.

Even though Drift0r admits to not having played Black Ops 4 since January, he thinks that Activision’s introduction of a “pay-for-advantage” model should signal to the community to drop the game in its entirety in order to force change. 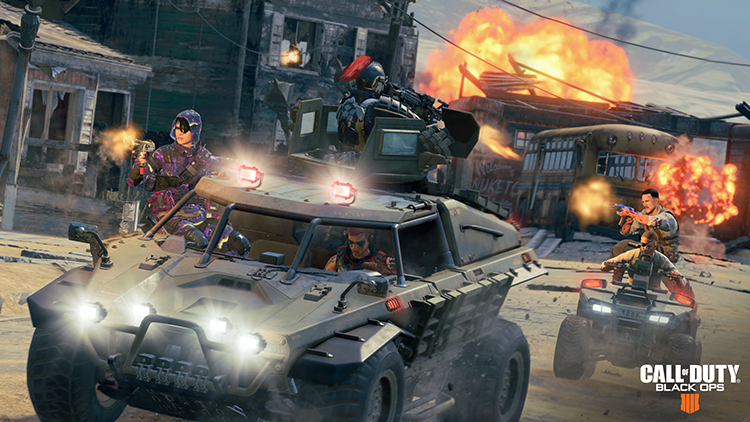 Blackout offers hours of entertainment, but it seems the game is now giving a slight edge for people who cough up money.

In his June 26 video, Drift0r was incensed at the latest changes for a game he doesn’t even play to warn the community of a troubling trend that the publisher seems to have kicked off.

“Hey guys, Drift0r here,” Drift0r said. “Today I’ve got more Modern Warfare gameplay for you because I refuse to play Black Ops 4 due to its monetization practices… with yesterday’s patch it does appear that at least ‘pay-for-advantage’ is here and this is closer to pay-to-win than any CoD game has ever been.”

The YouTuber is referring to the new Blackjack Stashes that “may not sound too bad and definitely not pay-to-win,” but it as far as he could tell if the player doesn’t have paid Contraband weapons they’re playing at a disadvantage in the battle royale.

How can players change “pay-to-win” models in Call of Duty?

While players might want to take up their issues with the company through Reddit posts and negative comments on the developer’s social media sites, Drift0r highlighted the only way to meaningfully get a message across to the people who matter.

“I know a lot of you want to change CoD for the better,” Drift0r said. “And if you do, I have one simple solution: Just quit and play a different game. Right now, I’m telling you to quit playing CoD today, because there’s no point. You’re just going to get pumped for more money.”

According to him, by reducing the Black Ops 4’s player count it effectively cuts off any way for Activision to generate revenue from the title, forcing them “to adopt a different strategy.”

Drift0r is a long admirer of theCall of Duty franchise and has built his life around the series. Although he’ll give the upcoming Modern Warfare a try, he’s willing to instantly drop the game “the very moment the first baby-step of anti-consumer crap” appears.