Where to find helicopters in CoD Warzone – all locations

The Helicopters in Call of Duty: Warzone are popular vehicles for players to commandeer, and this guide will show you every location they spawn around the map.

There are only five types of vehicles in Warzone. Of those five, four are ground vehicles, leaving only one with the ability to take control of the skies.

Unlike other battle royales, mobility is severely lacking throughout Warzone, making the Helicopter one of the most versatile vehicles to use for rotations or sweeping attacks to take opponents by surprise.

Helicopters can give a team a lot of value in Warzone.

It’s because of this that there are usually mad dashes to take control of a Helicopter at the start of each game.

While popular locations can be found near Verdansk Port and the Prison complex, there are some lesser-known spawns where you can have an easier time getting a chopper.

Across Warzone, players have eight locations where they can find the aircraft. There is a pretty even spread of spawn spots throughout the map, though most are located near the center. 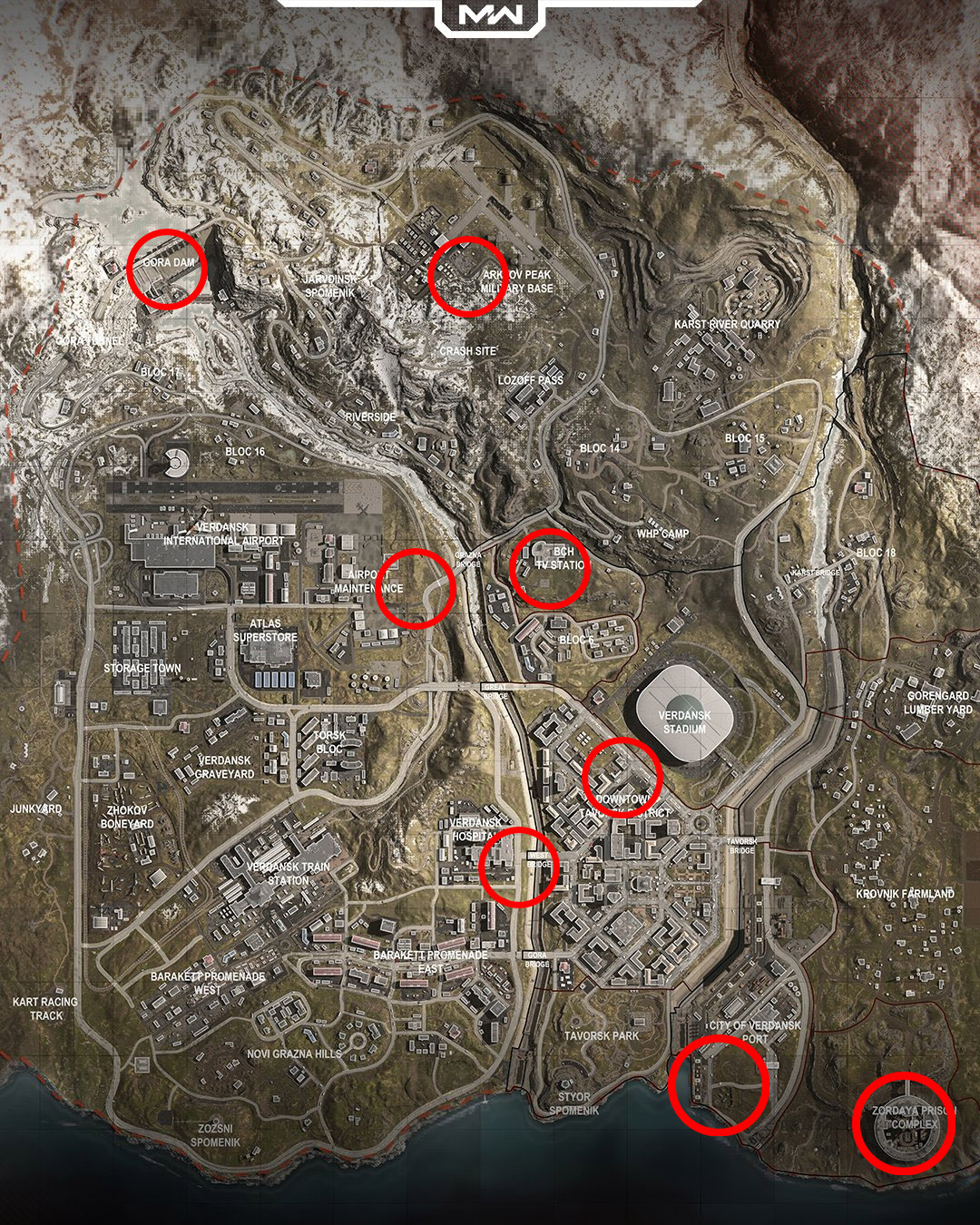 Two spots are near the north at Gora Dam and Arklov Peak. Meanwhile, there are four near the middle at Airport Maintenance, TV Station, Downtown Tavorsk District, and near Hospital.

The final two are southeast of Warzone near the Verdansk Port and the Zordaya Prison Complex.

One of the least visited locations near a Helicopter would arguably be the spawn near the Dam since every other spot gets a fair amount of attention from the 150 players that load into a map.

Helicopters can be used to control a fight from the air.

But if you’re hoping for players to get sidetracked by the amount of loot there is in nearby points of interest, then the military base at Arklov Peak and Downtown Tavorsk District near the Verdansk Stadium could net you a quick chopper.

There’s also the possibility of making a bee line to a Helicopter just to take it to a quieter part of the map and safely loot.

Regardless, getting near the vehicle at the start of a game is going to get a lot of attention from the rest of the Warzone combatants so it’s best to know where the other Helicopters are, just in case.