What happens to OpTic Gaming now that LA Thieves took their CDL slot?

With 100 Thieves officially part of the Call of Duty League with their brand-new Los Angeles Thieves franchise, there are questions about the future of the OpTic Gaming brand, especially now that they don’t have a spot in the CDL.

Everyone was thrilled when Hector ‘H3CZ’ Rodriguez purchased back OpTic Gaming, but the emergence of 100 Thieves’ new CDL franchise, LA Thieves, has raised some serious questions about what comes next for the iconic brand.

OpTic had formerly belonged to Immortals Gaming Club before recently being sold back to H3CZ seemingly out of nowhere, and their Los Angeles CDL slot was subsequently acquired by 100 Thieves.

Now, the brand is in limbo and a lot of fans are wondering what place it has, if any, in Call of Duty now that its spot in the league belongs to another franchise and OGLA is no longer in existence.

OpTic Gaming LA lasted just one season in the CDL, and a chunk of its debut roster is gone.

How did we get to this point?

Going back to when H3CZ first required OpTic from Immortals, it quickly became apparent that he would have to make a subsequent transaction since he is already the CEO of Chicago Huntsmen.

Thus, reports came out that the two likeliest scenarios for H3CZ to pursue were to either sell the LA slot and rebrand Huntsmen as OpTic, or sell Huntsmen and move NRG’s CoD esports operations to Los Angeles.

Reportedly, he preferred the first option, but sources claimed that the CDL front office wanted franchises to remain tied to the cities they were founded in, which would make the Huntsmen rebrand to OpTic impossible.

In those same reports, it was also said that NRG was indeed willing to sell Huntsmen and the Chicago slot to continue operating OGLA if the league was not going to allow them to bring the Green Wall to Chicago. 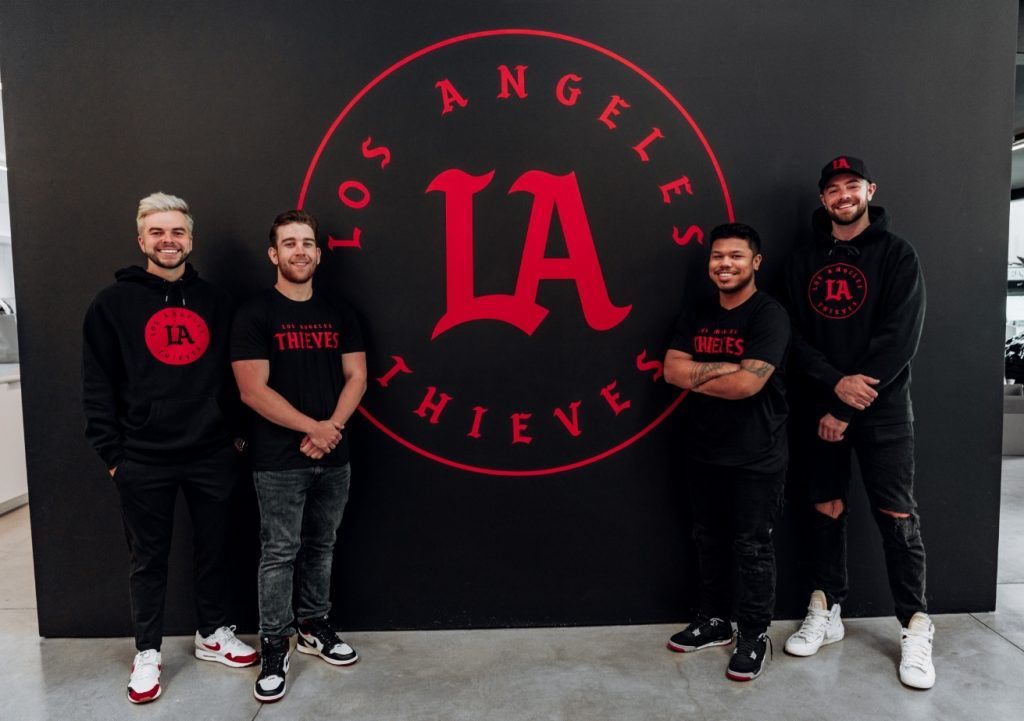 The emergence of LA Thieves has raised serious questions about the future of OpTic Gaming in CoD.

However, that’s obviously turned out not to be the case, as the LA spot was ultimately sold to 100T, which leaves the second scenario as the only real plausible one, despite the CDL apparently not being keen on the idea of a Huntsmen rebrand.

That said, the overwhelming sentiment is that Hector, being the savvy businessman that he is, would never have given up the LA slot without knowing that he could bring OpTic to Chicago. This suggests he may have the blessing of the league to execute the plan many believed was his first choice anyway.

So, what does this all mean?

Before the 2021 season kicks off, we could very well see NRG and Rodriguez get rid of the Huntsmen brand and reshape their CoD franchise as Chicago OpTic or OpTic Gaming Chicago.

That would, in turn, put the likes of Seth ‘Scump’ Abner and Matthew ‘Formal’ Piper back in OpTic colors, something which longtime CoD fans would never have believed to be a possibility prior to this year.

Could we see Scump and FormaL back in OpTic colors soon?

Even aside from Scump and FormaL, the transition from Huntsmen to OpTic would be very natural and seamless. The organization has several Green Wall legends already enlisted, including Marcus ‘MBoZe’ Blanks Jr, Nick ‘MaNiaC’ Kershner, and Davis ‘Hitch’ Edwards, who runs the content creation team, Team Summertime, under the NRG banner.

Then, of course, there’s H3CZ, who hundreds of thousands of fans tearfully watched be separated from his beloved organization after losing out on purchasing it back from Infinite Esports & Entertainment in 2019.

Seeing him at the helm of OpTic Gaming once again feels right, which further fuels the speculation that a Huntsmen rebrand is coming, since there just seems no way that he would reacquire the Green Wall brand if he didn’t have bigger plans for it.

What happens to Huntsmen if Chicago becomes OpTic?

Have we already seen the last of the Chicago Huntsmen in the CDL?

The short answer to this is that the Huntsmen brand will cease to exist, at least for now. That said, however, with the CDL pledging that it’ll look to expand following the 2021 campaign, it will obviously become a top target for prospective owners to adopt for their new franchise.

Thus, it’s probably smarter to do the rebrand now as opposed to several seasons in, simply because the name would become embedded in the CoD culture way more by then – possibly a bit too much for the league to be fine with its exit.

As things stand, Huntsmen (187.4K) leads all other franchises in Twitter followers by a mile (second-highest is Dallas Empire with 85K), so it’s already the most popular name around.

That said, there’s no denying that this is largely due to the Huntsmen’s deep roots in OpTic history. As mentioned above, its CEO and several of the big-name pro players and content creators are icons of the Green Wall, which has inevitably allowed the org to take advantage of the vacuum left behind when OG came under the control of Immortals.

Ironically, during its time in the CDL, OGLA became a sort of a ‘public enemy’ among CoD fans, many of whom called the Huntsmen “the real OpTic” and regularly took shots at their social media posts, especially ones that were inflammatory.

So switching things “back to normal,” if you will, would put things in their much more natural state, and if the Huntsmen end up being the sacrificial lamb, it’s probably all for the better in the grand scheme of things.

Obviously, that might not be entirely the case three or four seasons down the road, at which point the brand might have too much weight of its own, OpTic or not, for the CDL to allow H3CZ to get rid of it.

As things stand, the time to do the rebrand might be now or never, and that’s become evident in Dexerto’s own polling on social media, which asked Call of Duty fans about the two options:

What would you like to see happen for #CDL2021?

Are there alternative outcomes?

Yes, this is far from a done deal, of course. As discussed above, the league could very well step in and declare the Huntsmen too popular to give up, unless another suitable franchise is there to immediately scoop up the branding.

Since we know the earliest that things can happen is in 2022, there’s a chance that OpTic Gaming is not a CDL team in the upcoming season, and that can continue until there is a new team ready to take on the name. As matters stand though, this seems more of a “when and not if” type of situation.

Nothing will be set in stone until official announcements start rolling out. There are a lot of moving parts at play – too many parties who have a say in this process for there to be an overwhelmingly favorite outcome at this time.

At the end of the day, H3CZ deserves everyone’s benefit of the doubt that he’ll do everything he can to ensure the best situation for OpTic. While he’d be the first to admit to making mistakes when it comes to how he’s handled the brand, he’s also learned some valuable lessons along the way. There’s no one else who could be trusted to do the right thing for the Green Wall more than he.