Activision plan on releasing Call of Duty: Warzone on mobile after a job listing revealing as much surfaced on the company’s website.

There’s no doubt that Warzone has been one of Call of Duty’s biggest successes to date; since its release in March, it’s captivated the online gaming community and become a clear focal point for Activision and the developers.

Now, it seems that the popular battle royale could be making its way to mobile platforms. A job listing for “Executive Producer, Features” was spotted on Activision’s website on September 15 under “WZM,” which is an acronym of Warzone Mobile.

The listing is clearly for something mobile-related since both the “reporting to” and “department” sections include mobile and the “mission” mentions a “new AAA mobile FPS in the Call of Duty franchise.” 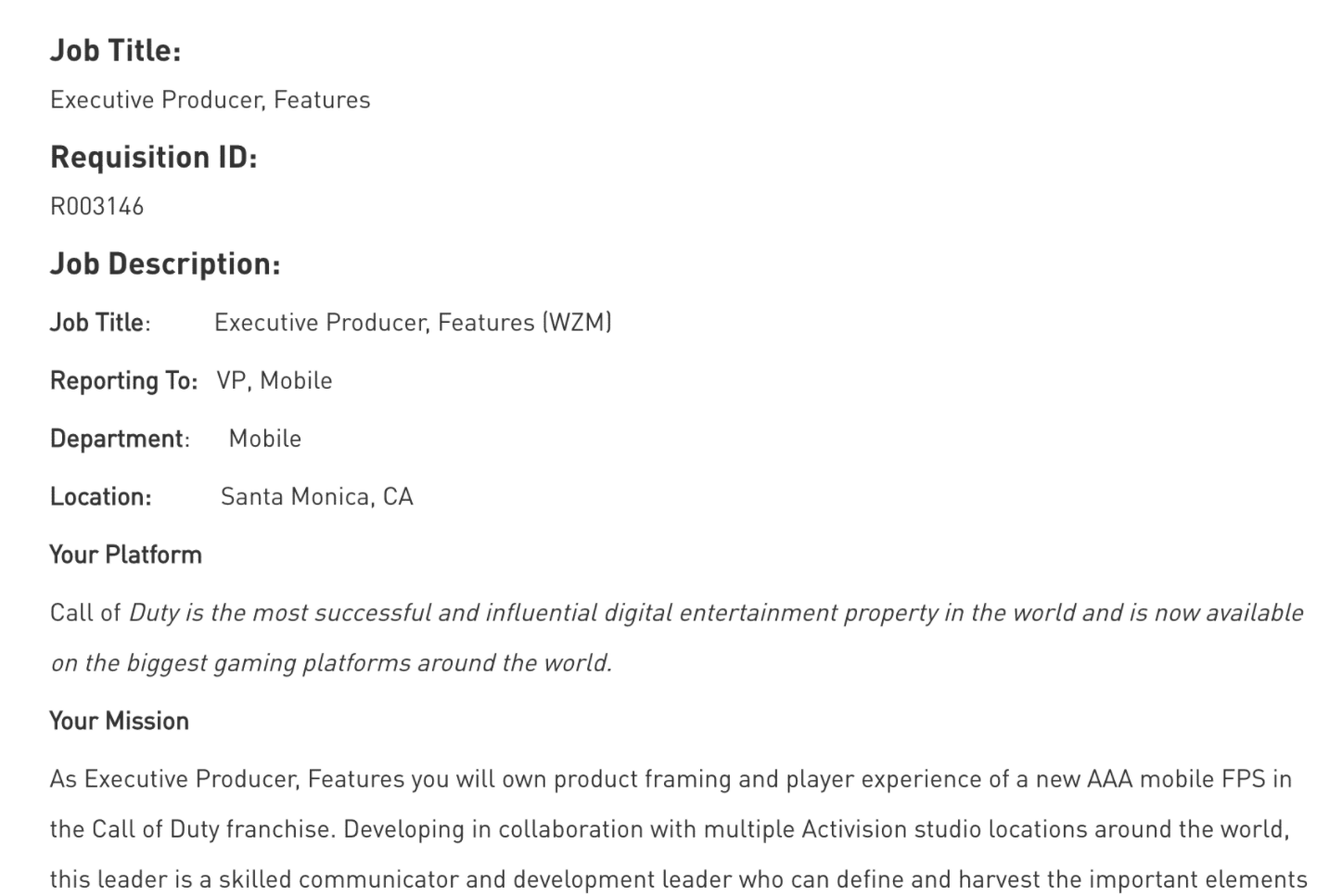 But what really gives it away is the list of responsibilities that the new hire will have to face, which includes “harvest, adapt and deliver the essential features from Warzone console and PC into their best mobile instantiation.”

The term Warzone Mobile is even explicitly stated further down the list: “Serve as primary point of contact on Warzone Mobile leadership team for clarity and decisions on user-facing features, UX, and overall quality.”

This job listing leaves no doubt that Activision want to make their prized BR title available on-the-go and have already began planning to do so. 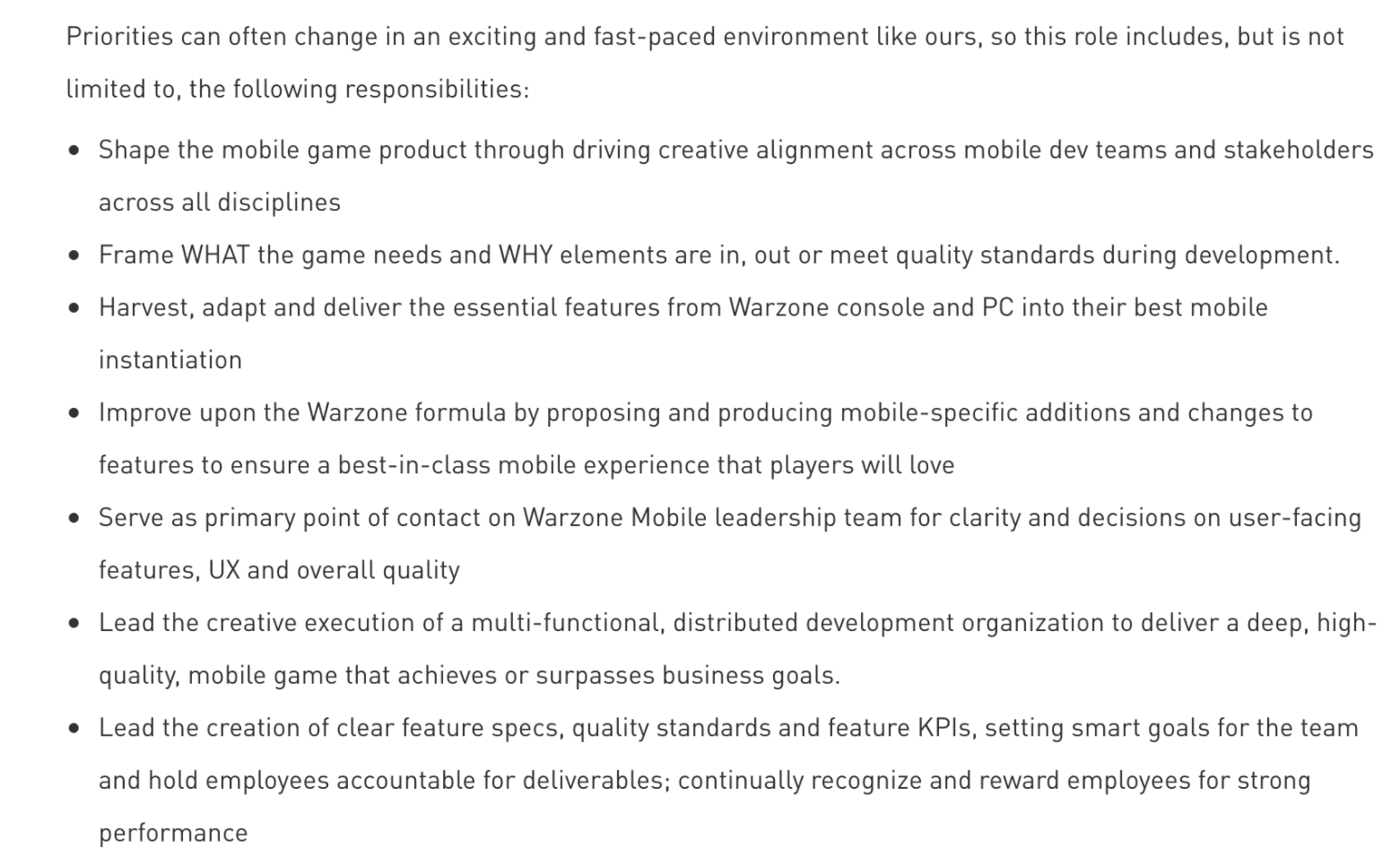 Maybe the most confusing part about all of this is that the series already has a mobile battle royale game – the one that’s available as part of the Call of Duty: Mobile app. It’s also free to play and has experienced massive success since releasing back in October of 2019.

However, this new project appears to be totally separate, which means that, if Warzone Mobile becomes a thing, CoD may end up having two mobile BR games active at the same time.

Of course, this job listing doesn’t absolutely set in stone that WZM is 100% coming, since Activision can scrap it any time, but it makes sense that they’d want to capitalize on the game’s success and make it more widely available.

Furthermore, it opens up the opportunity for the publishers to further try to emulate the success that Epic Games reached with Fortnite at the game’s peak.

The release of Fortnite Mobile with cross-platform support allowed handheld users to play with and against those on PC and console, which had never been done before and further cemented the BR’s legacy as an all-time great.

We’ll just have to wait and see what becomes of Activision’s new venture, and whether or not it’ll replicate that triumph.