Call of Duty developer Treyarch has announced that it will be hosting special live-stream for the Black Ops 4 Private Beta.

The stream is scheduled for Thursday, August 9 at 12 PM PT / 3 PM ET / 7 PM BST and will be aired live on Twitch, YouTube, and Facebook.

After only being exclusively available on the PS4 from August 3-6, the Beta will return for a second weekend on August 10-13, but will be available for the PS4, Xbox One, and PC.

This stream’s purpose will be two recap the first weekend and preview what is to come in Weekend Two. 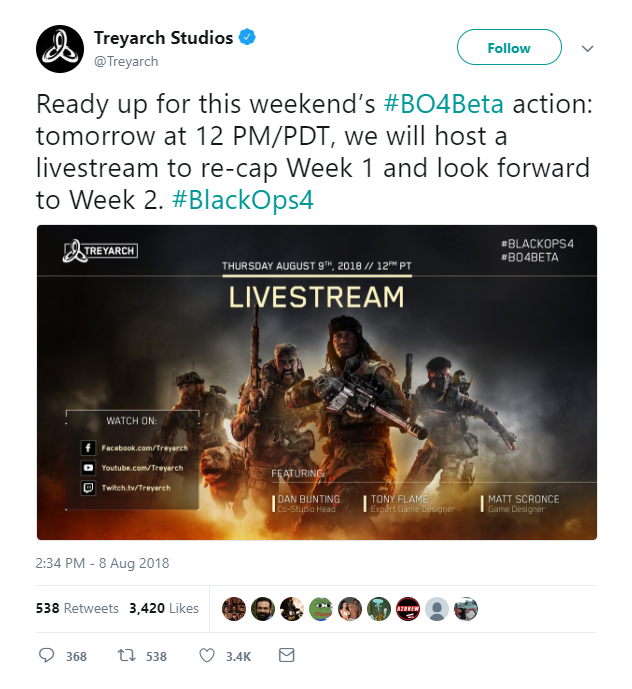 The panel is expected to discuss some of the changes that had been made to the Beta from the first weekend to the second, including the addition of a new map and brand new mode that Treyarch have been teasing.

The stream will be aired live on Treyarch’s channels across Twitch, YouTube, and Facebook. For your convenience, we will include the Twitch stream down below, as well as links to all three streams.