Developers of Call of Duty: Black Ops 4, Treyarch, have been accused of making the same mistake yet again with their supply drop weapons, adding an apparently “overpowered” crossbow behind a paywall.

If you’re a regular Black Ops 4 player then this story may be serving you some deja vu, as back in June Treyarch had to nerf another of their reserve-only weapons, the Stingray.

Players bemoaned its ridiculous time-to-kill, especially with the operator mod attached, which would take out an opponent in only two shots.

The Stingray was seriously OP when first added to Black Ops 4.

It seems that they haven’t quite learnt from that mistake, as the latest addition to the supply drop arsenal (that is, weapons that can only be acquired through the lucky dip of a reserve case opening), is being labelled overpowered yet again.

On July 16, a player posted footage of the new ‘Reaver C86’ crossbow in action, demonstrating that it will destroy the robot in the Safegaurd mode in mere seconds – much faster than any other weapon is capable of.

Other players clearly agreed, with users recalling the previous Stingray episode as another example: “They made this EXACT mistake with the stingray. ‘Whoops’ our RNG only weapon is overpowered.”

Another wrote “you finally fixed this problem on the stingray after a MONTH and now you turn around and make the same mistake not a week later? Treyarch is simply incompetent.”

Harsh words from fans, but players are clearly becoming increasingly frustrated with what appears to be a rather haphazard approach to adding new weapons, and the fact they are only obtainable through luck-based reserve cases certainly doesn’t help matters.

Thankfully, a Treyarch dev was on hand to acknowledge the post, thanking another user for tagging him in the Reddit thread.

However, the developer gave no insight into whether or not the weapon’s balancing issues will be addressed, or when. 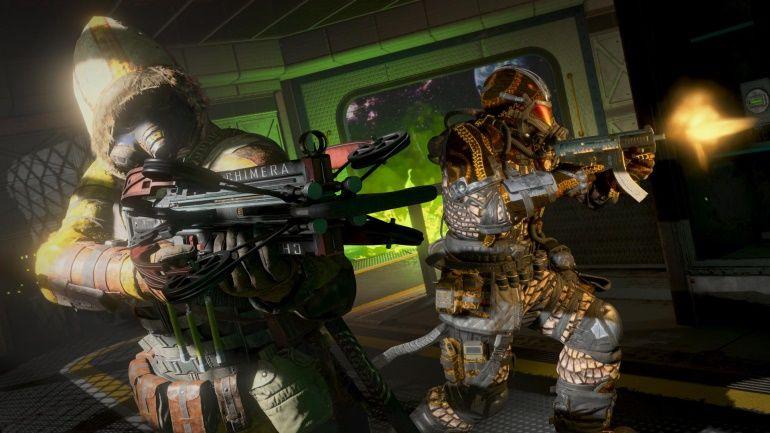 The Reaver C86 crossbow was added in the Operation Apocalypse Z update.

Black Ops 4 is now in the closing stages of its first year life-cycle, with many Call of Duty fans now with one eye on the upcoming Modern Warfare.

The move to put weapons in supply drops (or ‘reserves’ as they are called in Black Ops 4) was criticized heavily following the big ‘Days of Summer’ update, and there is hopes that Modern Warfare will stray away from this monetization model.