Treyarch’s communication with the Call of Duty Community during the Black Ops 4 and Blackout betas is one of the big reasons both went over so well with fans, that communication has continued with a Treyarch employee acknowledging a fan’s suggestion from playing control on the beta.

The fan, Reddit user killaisgoat, suggested to the Black Ops 4 subreddit that the balcony surrounding point B on the control map should be expanded and made more accessible to players.

“When playing control on the beta I noticed how hard it was to push B if the opposition were set up behind the big shield,” they wrote.

Matt Scronce, a game designer at Treyarch, responded in the comments with a checkmark of approval. 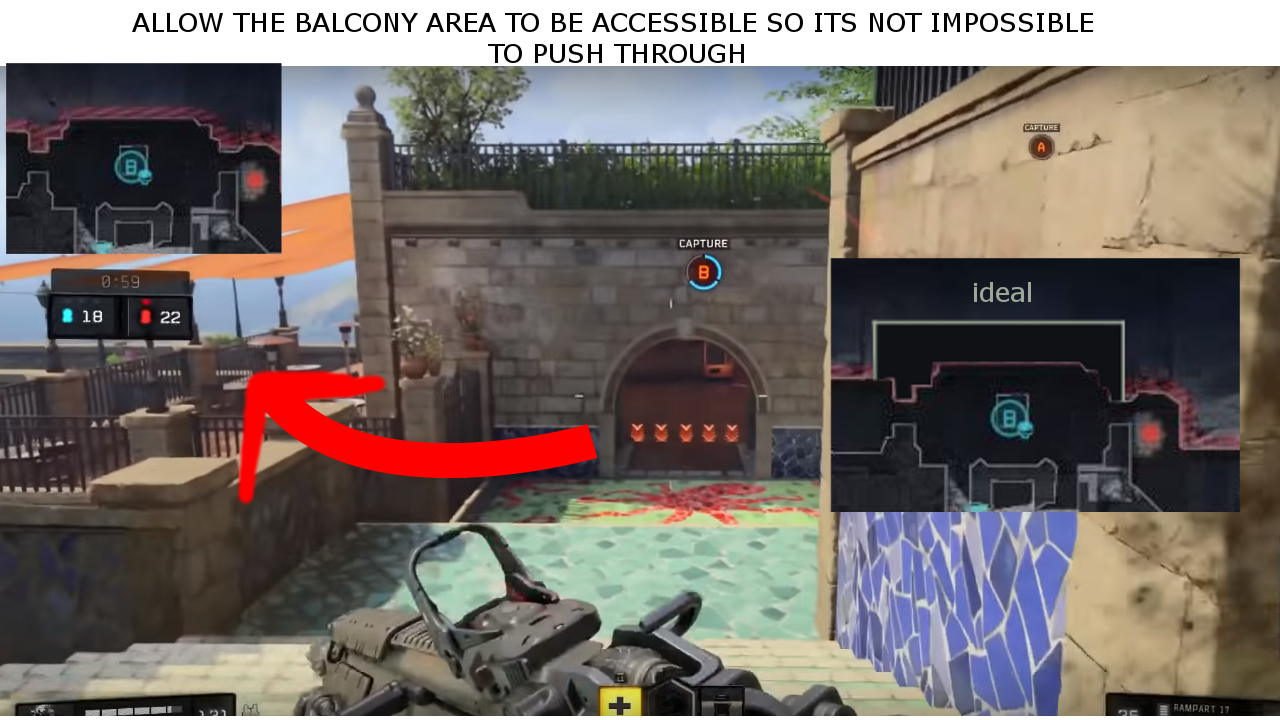 Treyarch developers had all kinds of interactions with the Call of Duty Community during the Black Ops 4 beta, and it looks like that trend is continuing.

The openness of Treyarch employees to discuss changes, improvements and even criticisms to the game with fans has given the community a sense of investment in the new Call of Duty.

Changes to the new Blackout battle royale mode were made mid-week during the beta, which showed Treyarch’s commitment to listening and responding to what the community was saying about the game.

Call of Duty Black Ops 4 is schedule to come out on October 12, and the private beta for Blackout recently ended to rave reviews from streamers and players who were able to gain access.

Black Ops 4 also leads EA’s Battlefront V in preorders by a significant margin, so far it looks like the hype for the latest Call of Duty is leaving Battlefield in the dust.