The Call of Duty: Blackout beta for the Xbox One has revealed a pretty major bug for the system.

The bug occurs when players hit the home button on their Xbox controllers. This may either take users to the system’s main menu, or can toggle between applications when pressed twice.

When they get back into the game, the controller stops responding, and their character is unable to move.

This could spell death for players who are in the midst of a gunfight. With the home button smack dab in the middle of the controller, it’s fairly easy to hit, too – making the glitch that much more frustrating.

A few players have noted other issues alongside the glitch, as well, stating that their entire system slowed down when the home button was pressed. 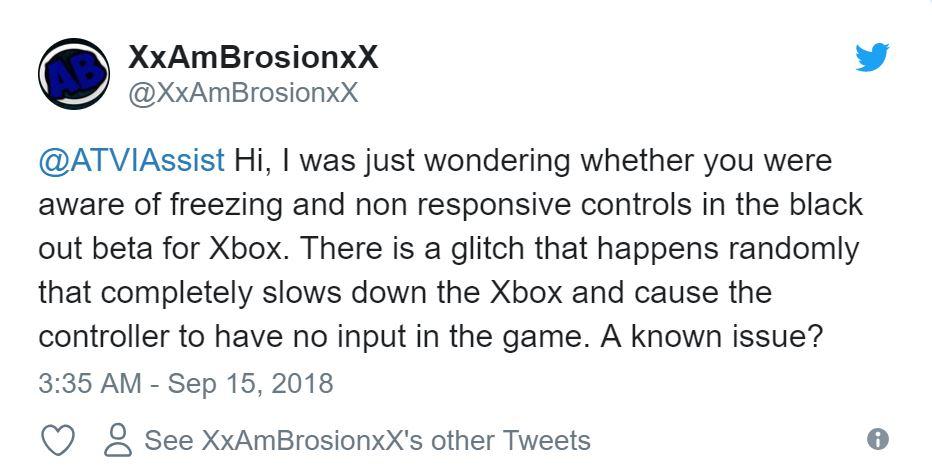 Treyarch has since responded to players’ concerns. They noted the glitch and assured users that the issue will be fixed upon the game’s full release in October.

We’ve gotten reports that some Xbox One users may lose controller input after pressing the Xbox Button while playing the Blackout Beta. We’re aware of this issue and will have it fixed for launch.

While the glitch is here to stay for the remainder of the beta’s lifetime, Treyarch’s timely response proves that they are taking player concerns into consideration.

The beta will end for all platforms on September 17, at 1 PM EST. In the meantime, just make sure to be extra careful around your home button to avoid any game-breaking bugs.